Things I Wish I Knew When I Started Riding 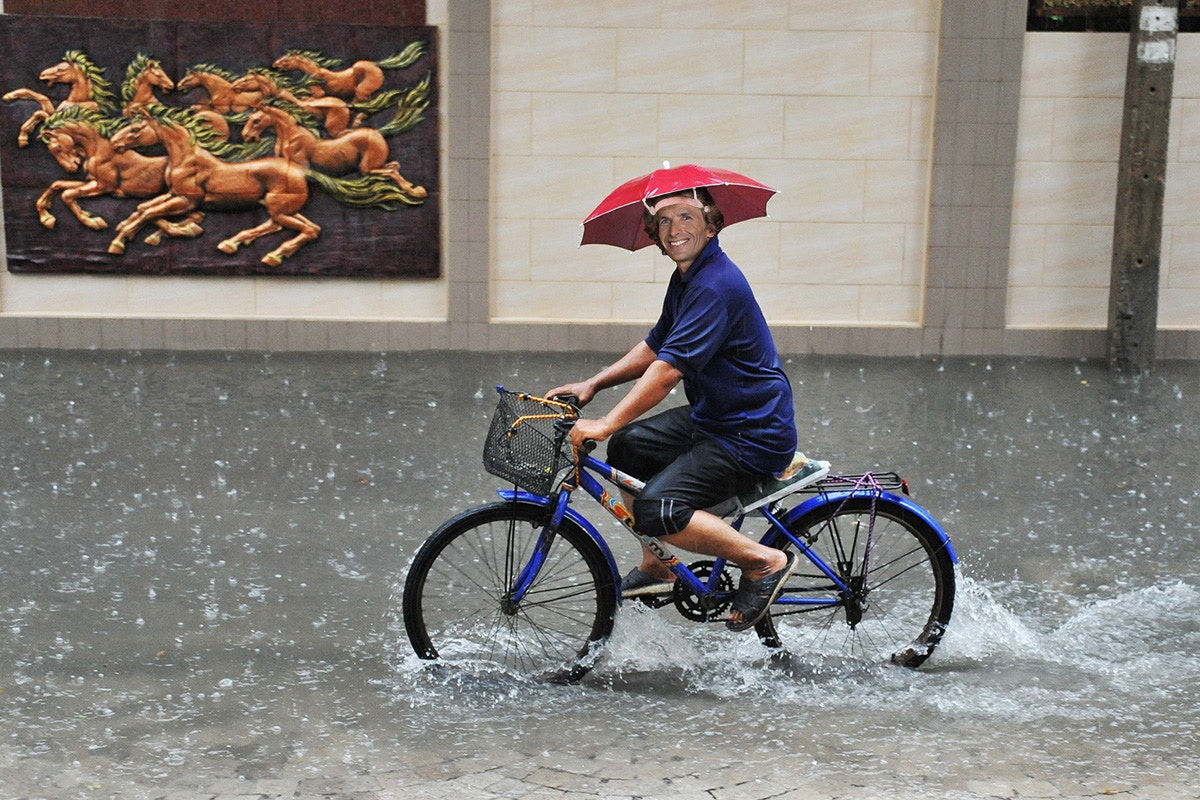 It's never too late to start riding.

And if you did ride as a child, then getting back on is 'as easy as learning how to ride a bike'.

But all this said there are some handy hints I personally would have found quite useful before I got on my bike, so I am sharing them with you just in case you're a newbie and can learn from my, er, mistakes...!

Let’s start with a serious one.

If you have any friends who are into cycling you have probably already been told this – but it’s worth repeating over and over and over again: take the time to get your bike fitted by a professional.

Even if you’re entirely confident that you know your frame size, get the advice of someone in the know for your seat height and handlebar position. This isn’t just an efficiency thing either – it’s about being comfortable on the bike so you can stay out there longer.

This may seem really obvious, but clearly there are many people who persist with the wrong set-up. If you don’t believe me, perch yourself near a bike café on a Saturday morning and count the amount of riders who walk over to get a coffee like they should be ringing bells at Notre Dame.

Check out our guide to buying a bike

Not all knicks are created equal

When you start out, you really don’t need to spend a fortune on gear. It all gets very exciting to add the latest bit of technology or upgrade parts in the fleeting thought that it will ultimately lead to a position on the Australian Olympic Team … however it’s far smarter to start basic, and work out what will specifically help you and the way you ride.

This is all true, except when it comes to knicks. Here, you should not cheap out.

Spending an hour – or a few – on a bike seat is hardly the most gentle position at the best of times, so anything you can do to increase comfort is definitely worth the expense. It may seem hard to believe that a small piece of chamois would make much difference, but it genuinely does, and quality knicks use better materials.

You may think you’re being canny when you purchase a pair on special from a display bin at a supermarket, but you can be sure that they’ll offer little more comfort than riding in a pair of running shorts – with every chance that they could ride faster and higher than you…

What your jersey says about you

If you’re not a serious cycling fan, the various fashionable designs of professional cycling team jerseys can seem a bit exciting; but it does pay to know a little about the team you’re about to promote. I mean, the brand new camouflage design of the Tinkoff training top may seem like a cool image to put out there, but are you really just telling the world that you’re a fan of Alberto Contador?

Of course, there’s no right or wrong answer here, but some people like a chat on a ride so you want to know what you’re really wearing – otherwise you might end up looking like that person who goes to a rugby game in Queensland wearing a NSW top because you thought the “pale blue looked nice”.

Cyclists look out for each other. Whether you’re in a road pack, or following a group along an off-road trail, you will quickly hear a few expressions and notice some common hand gestures from fellow riders. This – in simple terms – is riding etiquette. It might be a warning about an upcoming parked car or a fallen tree, or a simple announcement that you are about to overtake another rider so they doesn’t pull out and sideswipe you. It’s courtesy – and it’s genuinely appreciated.

Learning a few basic principles will obviously make riding easier and safer, but you will also be well-respected for helping out your riding buddies. No one appreciates that cyclist who silently swerves to avoid a pothole leaving the one behind to blow a tyre.

Learn to fix a flat tyre

Speaking of… it is sometimes said that there are two riders in the world: those with a flat tyre and those who are about to get a flat tyre.

Well… it’s not exactly that bad – but there will be a time when you do get a flat. Cyclists are a supportive bunch and it’s a pretty safe bet that someone will be there to help in your hour of need. However at some point you will be riding alone (if only to meet up with others) and then – Murphy’s Law – you’ll be in a spot of bother. Depending on where it happens, you with either have an awkward walk home – possibly in cleats – or a pleading phone call for someone to come pick you up. Either way… embarrassment levels are high.

See Also - Video on how to fix a flat tyre

Gloves are really useful for safety and comfort. Firstly, proper riding gloves will ensure a proper grip – and that is really important. You need to remember that not all riding will be casual meandering along trails beside the beach, and there will be times when you need a really solid and strong grip.

Equally, while you may be working hard and building up a sweat that doesn’t mean your hands will be warm. Many newcomers to cycling have experienced the genuine beauty of an early morning ride, quickly followed by the discomfort of freezing fingers from the early morning temperatures – which takes us back to the safety part again.

We all know there are some drivers out there who don’t really treat cyclists with the greatest respect – but there are also cyclists out there that don’t help the cause. Equally, there are people who think mountain bike riders should be restricted to zoned areas, yet there are riders who should treat the area with more respect.

Ultimately, the roads and trails are there to be shared and if cyclists demonstrate respect for other users, then they can expect it back.

Get more of your everything bike fix here