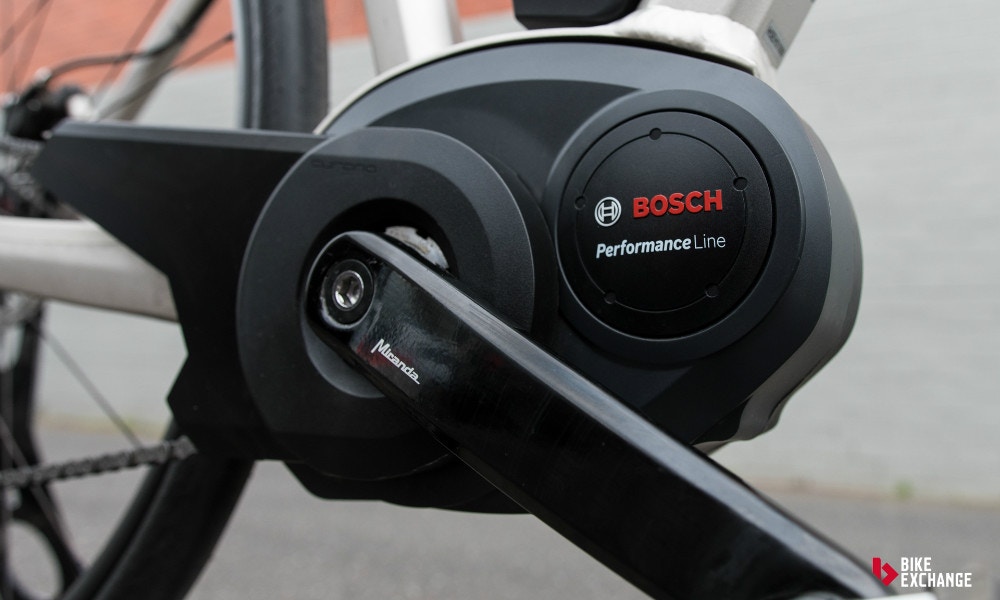 E-Bikes are the fastest growing sector of the bicycling industry worldwide, making transport easy for a wide range of people, not to mention being an environmentally friendly option. Growing popularity means a rapid rate of development, with E-Bikes now travelling further with less power required and fitted to more bikes that are progressively coming down in weight and cost. One of the pioneers of this technology is Bosch with their 'eBike' pedelec system that is now available on almost 20 big name bike brands, and many more smaller ones too.

We got hold of a Moustache bike to take a closer look at Bosch's 'Performance Line' eBike system and get a sense of how it all works. Here are ten things to know.

For those who are new to eBikes, here's a quick crash course in what you need to know before owning and operating one.

The same rules apply to power assisted bicycles as regular pedal powered bicycles, so make sure you've got a helmet, lights, bell etc... Because the bike is not deemed to be a motor vehicle, the rider doesn't need to be licensed nor the bike registered.

A power output of 300 watts, is the maximum allowed. Riders also have to pedal for the bike to be considered a power assisted bike. If riders don't need to pedal to access the power assistance, and it is deemed that the motor is the primary source of power, it is categorised as a motor vehicle and standard road rules apply.

As we mentioned above, in order for these bikes to escape registration and licensing laws the rider needs to pedal to activate the motor. If you are unfamiliar with this sensation, it can take a bit to get used to. Depending on the mode selected, the assistance kicks in immediately and with significant force that can be a surprise if you aren't ready for it. The great aspect of inner city riding is the small amount of time it takes to go from a stationary position up to 25kph. In a matter of seconds you can leave the lights and get the jump on traffic.

Once you are going, maintaining momentum is incredibly simple and as long as you are happy to roll along at under 25kph, you can cruise to your destination regardless of wind, ride profile or terrain. As a commuting option it is perfect, and you many not even need a shower at the end of it.

The Performance Line CX can be seen as the top performing system, suitable for off-road adventures featuring greater torque (75nm of continuous torque) and more sustained power. CX is more protected from damage and offers a metal instead of plastic cover. The smaller motor casing is designed to better work with rear suspension frame designs, where the motor sits out of the way of typical suspension pivot placements. The premium unit is also 200grams lighter than it's counterparts. The Intuvia is the control centre of the eBike letting you know battery life, mode selected, speed, even when the bike is due for a service.

The system aims to improve the quality of your ride by consistently making recommendations to a higher or lower gear if you aren't pedalling with optimal efficiency. A small arrow symbol is displayed, telling you to go up or down depending on your cadence and speed.

Bosch say the display is clear under all lighting conditions, which we'd have to agree with after riding it around for a few weeks. As well as being clearly seen in varying light conditions, the speed, battery life and mode selected are all large enough to easily be seen. The system allows change of riding modes from the handlebars, which means you don't need to take your hands off to touch the main unit, a great feature for less able bodied people.

As good as those features are, the number one highlight for many will be the ability to charge your smartphone or similar device via the micro-USB port while you are on the move.

Each unit has shift protection built in to ensure you don’t go snapping chains. 1000 times a second analysis from the motor means the system detects a gear change through chain tension, which for a split second cuts the motor until the shift is initiated and then boosts power to overcome the loss.

The bike we tested didn't have eShift but it's still an inclusion on some Bosch eBike systems that is worth mentioning.

The eShift is an electronic shift system currently offered in two versions; one from Shimano and one from SRAM. Both systems are designed to provide smoother shifting and help you be in the optimal gear at all times. The Shimano system utilises the popular and proven Shimano Di2, providing fast, efficient shifting. A nice feature is the 'Auto-Downshift function' which automatically selects a riders pre-defined starting gear after braking and coming to a stop. The SRAM system is referred to as 'DD3 Pulse', and uses a 3-speed hub that changes automatically depending on speed. And in a similar way to Shimano's system, the hub automatically down-shifts whenever the rider brakes to a halt, as a result, starting up is markedly easier. There are three battery options to choose from; 300wh, 400wh and 500wh that are mounted to the frame or a rack. The batteries are rechargeable lithium ion that are easily removed for charging and have a side panel display letting you know the battery life remaining.

We had the 'PowerPack 500' frame battery that was sizeable at 2.6kg and over 30cm in length. The 500 is heavier than the 300 and 400 but does provide significantly longer battery life, extending the bikes range by approximately 25%. Bosch claim a PowerPack 500 can last for as long as 90km in ideal conditions, which should be more than enough to cover most commutes and weekend tours. Charge time for a completely flat PowerPack 500 is approximately four and a half hours, or two hours to get it to half-charge. Each battery provides 500 full cycles or approximately two years of use.

If you are planning on longer adventures, it is possible to combine two batteries creating a 'dual battery'. The dual battery 1000, for example, is the combination of two 500 batteries, which doubles the weight and size taken up on the bike but also the overall capacity.

The large display clearly highlights five possible modes of the system, increasing in torque and drive input as you work your way from 'off' to 'turbo'.

There is another option known as 'walk assistance' which can propel your bike forward at a maximum of 6kph to make pushing it a cinch. A handy option considering our sample bike was upwards of 18kg, which will be the case with most E-Bikes, as they have to accommodate the motor, battery, reinforced frame and more robust wheels.

We spent the majority of our time on the bike in the 'Sport' or 'Eco' mode, Sport if we wanted to navigate inner city traffic quicker, Eco at all other times. If you are keen to find out more, check out Bosch's eBike range assistant that provides an approximate range for any given rider weight, motor type, cadence, mode and environment.

Feeding information into the Intuvia and eShift are three sensors that consistently measure torque, speed and acceleration, enabling the system to provide information on the precise gear to optimise your riding. The measurements are taken more than 1,000 time per second so the information is always relevant and will enhance your experience as a result.

What bikes are available? There's an extensive list of bicycle manufacturers that offer E-Bikes with factory-installed drive systems from Bosch including Trek, Haibike, Scott, Cube, Focus, KTM, Lapierre, Merida and Orbea, as well as the Moustache bike we tested.

Bosch Global clearly sees E-Bikes as a big growth area of the cycling industry, and not just on commuter bikes. "“Bosch works directly with over a dozen bike manufacturers within Australia to incorporate their systems into existing bike models. The system is available on numerous types of bikes, including drop frame leisure bikes, road bikes, sport bikes and mountain bikes.”

Can I retrofit a Bosch unit onto my current bike?

The Bosch drive system requires integration within the bike frame to ensure it meets 'particular specifications', mostly centred around structural integrity and strength, as a result, the Bosch eBike system is not offered as a retrofit kit. Although, the central motor placement of the Bosch system is designed to create as normal of a bike as possible - normal wheels, normal fork and norma drivetrain, with the centre of gravity low and centered.

As mentioned, there is a significant list of bike manufacturers above that are currently offering Bosch drive systems that looks like it's only going to expand in 2017 and beyond.

While we are on the topic of what you can't do, here's a couple of things not to do. Don’t jet wash any Bosch-equipped bike, the water can ingress the seals and cause damage. And don’t leave it in a hot car, the batteries are designed to cut out if taken above 60-degrees. 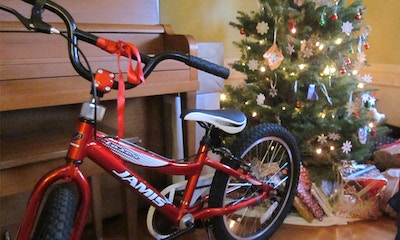