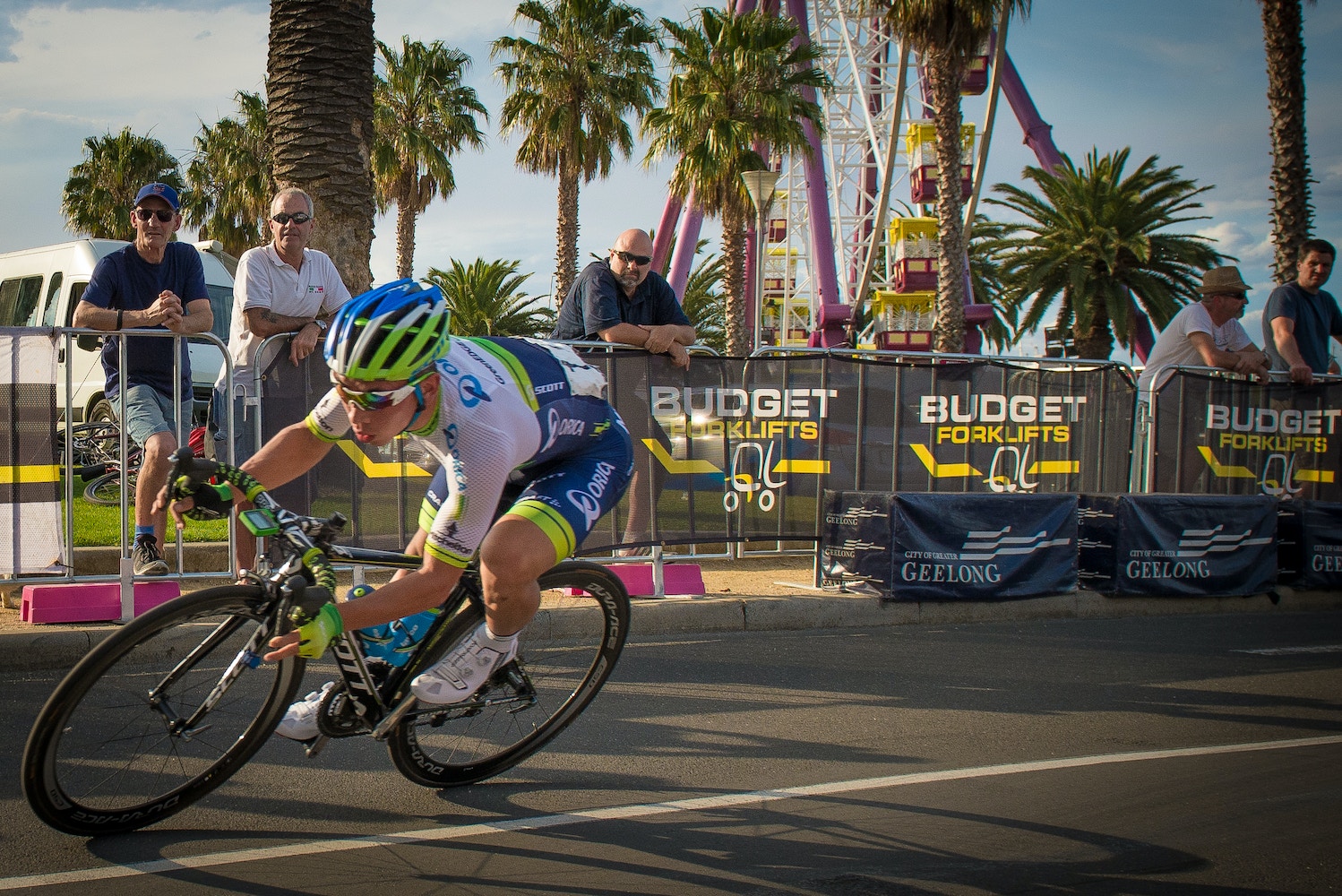 Well, if Orica-GreenEDGE cyclist Caleb Ewan is anything to go by, that saying might need a bit of a re-fresh.

At just 20 years of age Caleb has become one of the most recognised neo pros on the circuit and although he might ride like a superstar in the making, he doesn’t sound like one.

“Nobody responds well to a big head. From team mates to fans, everyone’s going to get on better with someone who’s down-to-Earth and normal, and those are traits I like to have. Besides, what I’ve done so far is really small in comparison to what I think I can still do,” says Caleb.

“Really small” in 2015 alone includes second at the National Road Championships and (his second) series victory in the Mitchelton Bay Cycling Classic. It’s a very healthy start to the year, and one that prompted Orica-GreeEDGE Sports Director Matt White to downplay the hype that continues to build around Caleb, who was recruited to the team late last year (and is contracted through to 2016).

“Since I won the Bay Crits a few years ago I got badged with things like “the next Mark Cavendish”. I don’t let the hype get to me and I just go about my business. I figure if you’re going to be good in your career at some stage, then you will need to deal with hype, so better to get used to it early,” says Caleb.

“That said if I went into this a bit of an unknown and had a few bad years before hitting my straps then for sure, it’d be better to not have had any hype at all!” he jokes.

One person helping him to stay grounded is Orica-GreenEDGE’s Simon Gerrans.

“Nobody’s as professional as Gerro. He does everything right and for someone with so many achievements at that level, he’s as down-to-Earth as they come. He’s become a real mentor for me, and he’s the perfect guy for it.”

Measured is a good word that comes to mind when chatting to Caleb, and I ask if that’s a natural trait or something he’s had to work on.

“My personality is to jump straight into the deep end. If Orica-GreenEDGE had said they’d like to put me in a big classic this year, I wouldn’t have hesitated. But I understand where they’re coming from and I know how hard it is. The more I race at this top level the more I understand just how hard it is, so being level-headed is something I am learning more and more,” says Caleb.

When talking about just how hard it is, some Aussie cyclists have likened Australasian and European racing to driving a V8 and F1 respectively. The analogy doesn’t sit so well with Caleb.

“Maybe if you’ve gone from racing NRS to suddenly finding yourself in Europe, then yeah it could feel like that. But I’ve been racing in Europe for a while now, granted in U23s. I found that with U23s, the whole race is pretty hard. But with world tour racing, it’s really hard up until probably when the first break-away goes, and then there’s that period where you’re cruising. Then you get to say the last 50km, and it’s really, really hard.”

“I’ve got to get used to the fact that with world tour racing, it’s not solid all day. There are extremes – easy is pretty cruisey and hard is just really, really, really tough. That’s the kind of racing I now need to get familiar with,” says Caleb.

And he’ll have plenty of opportunity to do just that.

At the time of our chat, he was preparing to leave for the Tour of Langkawi, after which he will be flying to Europe. At this stage the plan will be to have him race at Tour of Catalunya, Tour of Turkey, Tour of Norway, and the Tour of Slovenia.

“That’s all I know for now – it depends on how I go and how everyone else goes. A lot can change along the way.”

It’s a far cry from the New South Wales Southern Highlands, which is where Caleb’s family moved when he was eight years old. His dad Mark had been into riding as a teenager, but hung up his helmet by the age of 18 when he started working. The family’s tree-change to the Southern Highlands sparked a renewed interest in the bike for Mark, and it wasn’t long before he was taking advantage of the sensational scenery as well as some local club racing.

Caleb is the first to say that his dad’s recreation was the ripple that turned into the wave.

“I just got into cycling because dad loved it and was doing it. I wouldn’t say that growing up I was the best… But I worked hard and I kept at it because it was something that I wanted. People think they want something but if they don’t really, really work at it, then they didn’t want it bad enough.”

A level-headed guy with a great work ethic – it’s the kind of temperament that resonates well with Aussies. No wonder everyone wants this nice guy to keep finishing first.

Thanks Kirsty Baxter for another great pic!

Liked this article? More characters and legends this way!