Santos TDU - Where to Find the Pros 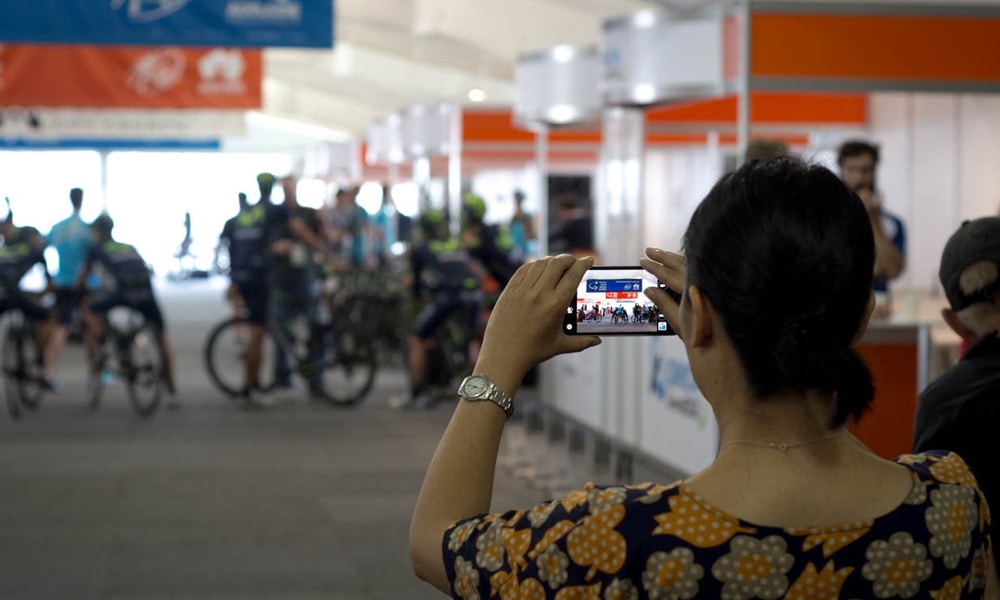 This time last year I remember seeing my brother down an Adelaide street, sitting outside eating some ice-cream with his mates.

"I kid you not, I have just had a glass of wine at a table right next to Andre and his team," I couldn't hide my glee.

"Err, have you seen where I'm sitting?" he smirked. I looked behind him - Marcel Kittel and his team were enjoying ice-creams as well.

OK – so that was my experience at last year’s Santos Tour Down Under, but it’s pretty much a common conversation heard around Adelaide during the week of racing.

It’s just one of the things that makes the Santos Tour Down Under so damn awesome. Unlike Grand Tours in Europe, riders are not ferried onto team buses and transported to another village once the stage is over, only to be seen on TV screens.

Instead, they return after each day’s racing to Adelaide central.

In doing so, they give the rest of us a chance to literally walk among the giants and legends of the sport. Where else in the world does this happen? What other sport delivers this to its fans on a platter?

It’s one thing to see the guys in full team kit hanging around in a bunch, it’s quite another to be cruising down the street on a summer’s evening and suddenly realise that (for example) just over there, sitting around that café table is all of Team Sky (looking equally sharp in civilian gear).

So where do you go to spot the pros?

Well the following is based on personal experience (who, me? A stalker?) along with some great tips from our friends at TDU. It’s pretty much fail-safe:

1/ Hilton Adelaide. This one is a no-brainer as it’s where all the teams and management stay for the duration of the Tour. Catch them streaming out in full kit super fresh for the day’s racing, or watch them head back after a hard day in a hot office.

2/ Gelatisimo. Pros love their gelato and sorbet, it seems. Head to Gouger St in the evening where you’re likely to find Lampre-Merida or Lotto Soudal (formerly Lotto Belisol), who I think have a particularly sweet tooth.

4/ Adelaide City Council Tour Village and Bike Expo. This is where riders return after each stage. They often head over to catch up with the mechanics, participate in rider signings and just check out what is happening. A great buzz.

5/ Belgian Beer Café. This is where we’ve seen the likes of Aussie ‘Belgians’ like Robbie McEwen head in for a thirst-quencher.

6/ Greenhill Rd, ANZAC Hwy, Norton Summit. The pros head out on training rides even on race week, and these seem some of their preferred routes.

7/ Stirling, Ruby’s or Tranquillo on Main St. When they’ve finished their training rides, they can often be round getting a caffeine fix at any of these spots. Happy pro celebrity spotting!