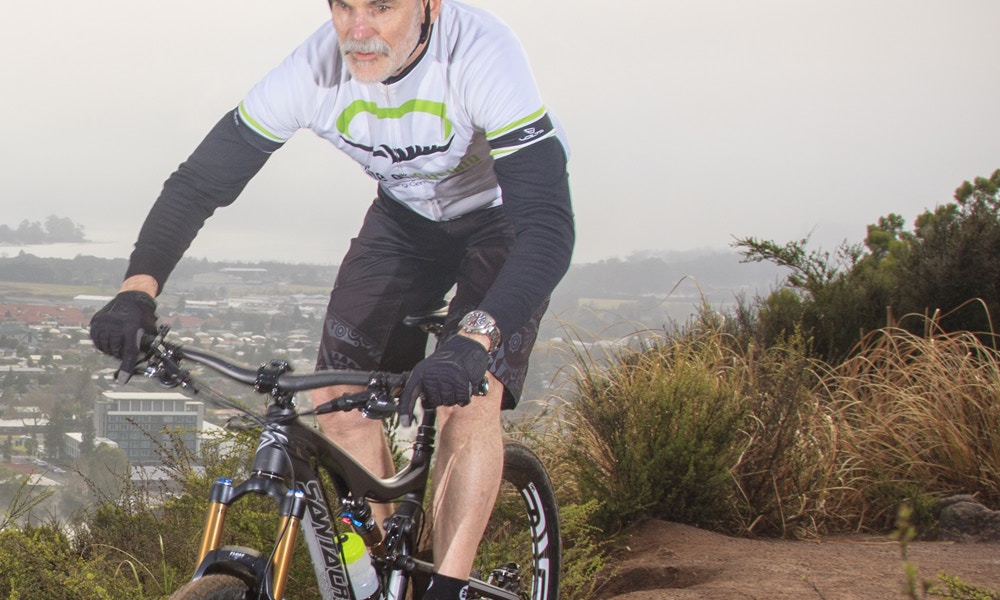 Deputy Mayor of Rotorua Dave Donaldson first came to the area as a 19 year old fresh from police cadet training.

What initially attracted him to the region was the prospect of fishing (sensational rainbow and brown trout) and hunting (deer, wild game, wild pigs) but these days, as anyone who knows him will attest, it is absolutely all about the bike. Mountain bike, specifically.

Rotorua has hands down some of the best mountain biking in on the planet with Red Bulletin listing Rotorua’s trail system as among the top 8 in the World this year. Whakarewarewa Forest is located literally right on the edge of the township and is home to some 65 named riding tracks (as well as being a Mecca for walking, trail running and horse riding). Latest surveys indicate some 425,000 visitors wind their way along these paths each year, with the portion of mountain bikers growing at around 19% per annum.

And no wonder. A working exotic forest, some 55 tree species are planted throughout Whakarewarewa Forest. It forms part of the region’s timber market, which is Rotorua’s biggest contributor to GDP, with product serving NZ as well as overseas markets. Portions of the forest are under a protective covenant, with some tree species dating back to 1901 and dedicated to returned service people from both World Wars.

The local Mountain Bike club, of which Dave was president for seven years and is now a lifelong member, works with the Council, Forest Owners and Forest Managers to identify and create new trails in response to portions of the forest that are harvested. In 2013 alone some $75,000 has been spent (via grants and fundraising) to maintain, reinstate and build new sections of trail – the network is in a constant state of improvement and re-invention. This creates a moving feast of trail options and adds to the novelty and excitement of riding in the area. The nearby Blue and Green Lakes and geothermal spas only further add to the beauty and attraction.

In terms of level of ability, all types are accommodated in Rotorua. A mountain bike shuttle transports riders to the peak of the gravity trails so they can then speed their way back down to the shuttle pickup station, but essentially there are Grade 1 Kids loops to Grade 5 National Downhill courses.

Mother Nature does her best to maintain awesome riding in Rotorua year round. The area’s volcanic soil is incredibly porous and soaks water so well that a downpour one day will literally disappear the following, leaving not a trace of mud to dirty bikes. Climate wise an exceptionally hot day in summer wouldn’t exceed 30 degrees, and winter tends not to fall below eight, making conditions ideal for year-round biking. With some 13,000 beds available in the township (ranging from four-star hotels to backpackers) and riding just a hop, skip and bunny-jump from most of them, no wonder riders the world-around travel to these parts.

Dave has now been a local for all but three of the past 44 years. His wife is Rotorua born and bred, and their two children were also raised in the area. But his attraction to mountain bike riding was not instant. On the contrary, a self-confessed ‘broken runner’, Dave took to riding in the mid 90s after his wife and best mate conspired to get him a bike for Christmas. He hasn't looked back. In fact, not only did Dave take to mountain biking like a duck to water, he excelled at it, placing third in the 1996 MTBNZ Masters, racing the 1996 World Masters in Cairns, Australia and placing first in the 2000 MTBNZ Masters Cross Country Series.

Off the bike, Dave has been equally committed, and led the charge for Rotorua to host the UCI Mountain Bike World Championships. It took three attempts, but the pitch was successful and Rotorua welcomed the event in 2006. Since then, mountain biking in the area has sky-rocketed.

Indeed, the Rotorua Council has collaborated with the Home of Cycling Trust (of which Dave is a Trustee) to build a UCI Category 1 velodrome in nearby Cambridge. Dubbed the NZ Cycle Centre of Excellence, the venue will be home to the National Federation Bike NZ and capable of hosting World Cups and World Championships. It was officially opened by the Duke and Duchess of Cambridge on April 12th 2014. Rotorua’s collaboration with the Home of Cycling Trust as the NZ Mountain bike Centre of Excellence is a huge feather to the community’s mountain biking bow.

When Dave gets time out from his duties as Deputy Mayor and Trustee on the Rotorua Bike Festival Trust he’ll invariably be found out on the nearby trails which he likes to ride at least twice if not ideally four times a week for around two hours a session.