Why it's Not a Good Idea to Ride with your Partner 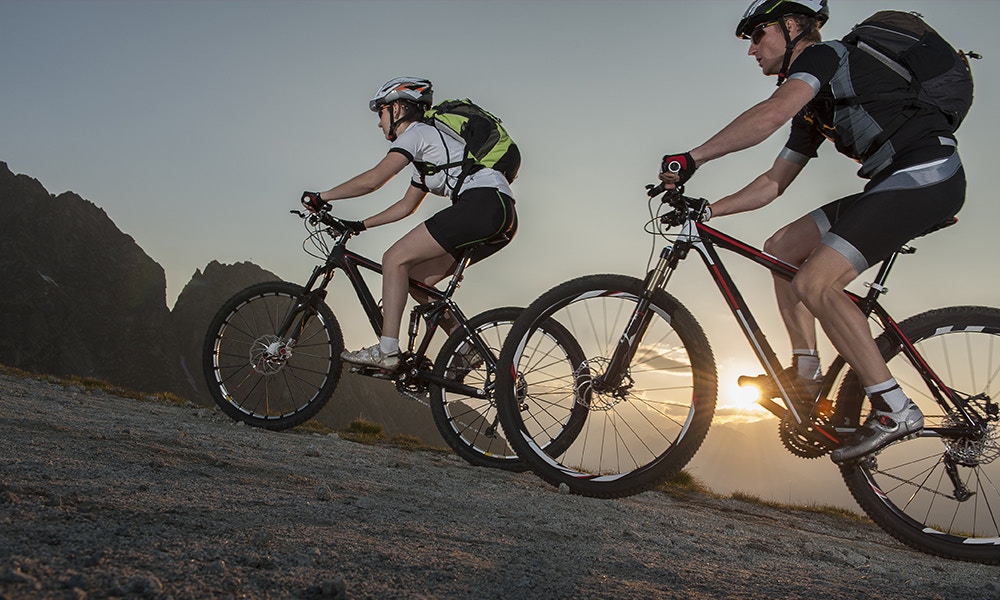 OK so my contributing colleague Jonathon Green came up with some fairly compelling reasons as to why it's a great idea to ride with your partner. Me on the other hand, I'm not on the same page. In fact the more he got me thinking about it, the more I thought it could well spell relationship disaster. So before you and your partner start mapping out a month of rides, cast your eye over these thought-starters... ;)

Jonathan admitted that Lycra might not bring the best out of all of us. OK, it usually means we can show off buns of steel and calves rounded as tennis balls, but it can highlight the odd bump or fold that we’re either trying to ride away, or would prefer to forget. What happens if our partner rocks up to the first bunch ride looking like a total hotty? If you ask me, it’s ‘combination news’ for us – great in that our partner’s a total hotty, not so great if we’re still a season away from race form and they’re showing us up big time.

OK that is completely not acceptable, especially if we’ve been riding for years and they just throw it out of the ballpark in the first couple of rides. This happened to me once, but with my brother-in-law. He decided to get into riding and so I took him up Arthur’s Seat, as you do with any newbie. He was on my wheel pretty much the entire time, and I was working hard. Then we got back down on the straights and I was doing 40km into a head wind (that’s lung-hurting fast for me) and he just stuck to my wheel. Three years later and I don’t have a hope of ever getting near his back wheel. Not even close. I’m happy for him. Really I am.

I don’t want to sound selfish and say that bike riding is our time… But it pretty much is, isn’t it? What do they say about doing stuff apart to keep things interesting? Wouldn’t it be better if they got their own bunch, we stuck with ours, and then we meet later on and swap cycling stories? Here’s the spin – we’ve got twice as much to talk about now!

One bike – fine. Two bikes – OK. But what if we’ve got a commuter, a roadie, a TT and/or a MTB? And Lycra might fold up into next to nothing, but not when multiplied to the power of muchos rides per week. Oh. Is this where we start using the compromise word…?

5 The couple that rides together might well rant together

This is the part where we think about people other than ourselves – the rest of the bunch. Say we’ve started the morning with a rant (probably due to no spare wardrobe space thanks to all that Lycra) and then it escalates. Then say that neither of us have had the objective clarity of mind to suggest riding together today maybe isn’t a good idea. And so we set off, and the nit-picking begins. By the time we’ve got to the café things have snowballed and one of us isn’t talking to the other and the hostile stand-off is colder than a 6am winter ride without booties. Oh – because that’s fun for everyone.

6 Your ‘ride time’ just got busted

Let’s finish on the most painful point of all. If our partner suddenly starts ‘riding’ with us, they’re going to find out quick smart that a good 25% of that Saturday ride time is actually spent in a café tucking into one latte after the next. And then what? Then we’re busted and we’ll never hear the end of all those Saturday morning family events we missed because we were out doing serious km in the saddle, etc etc. I can hear it now.

To ride with your partner or without? You be the judge.

Get your Everything Bike fix here