Faux Pro Kit - To Wear or to Not to Wear 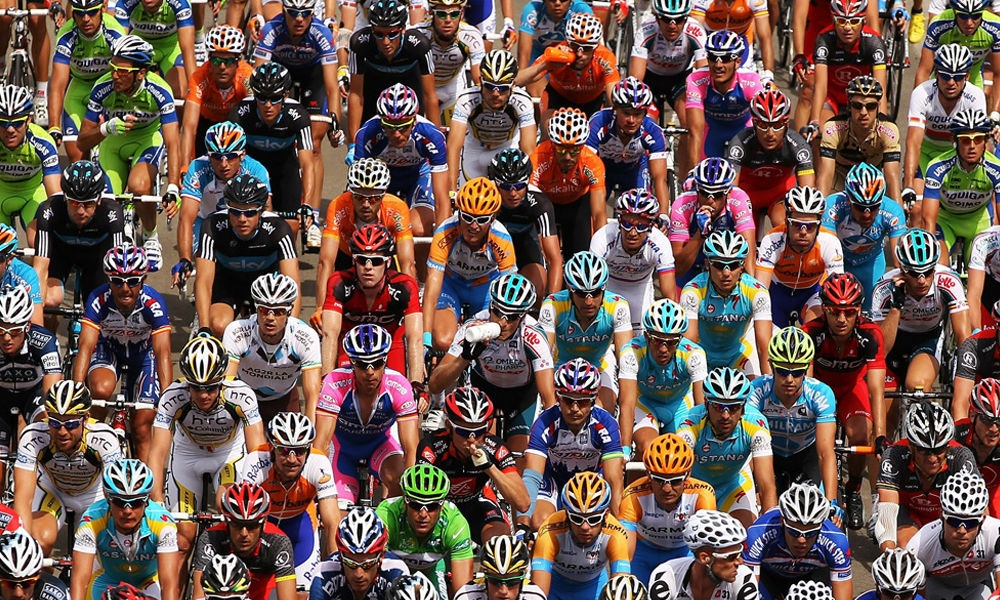 There is no better way to light up conversation than by asking the age old question “is it a faux pas to wear replica pro kit?”

Either at the café or on a cycling message board nothing, short of the groupset debate, ignites opinions quicker. And while I would never want to add more ‘rules’ to cycling (Velominati is tediously close to 100 of them) I think this matter deserves some closer inspection than is normally afforded.

‘You haven’t earned the right to wear it’

If we are talking about the Tour de France maillot jaune or the World Championship bands, then the person does have a point. For me, they’re less Pro kit and more a symbol that sets a select few out as being one of the very best. You wouldn’t roll around town carrying a replica Nobel Prize. My point exactly.

Wearing team kit however says a couple of things a leader’s jersey does not. You either like (and support) the team, you like their kit design or you like the clothing manufacturer who has made it. All of which are more than reasonable enough reasons to wear the kit.

With the dynamic nature of cycling teams (due to sponsorship changes) and no weekly venue (read: sporting arena) to gather at, cycling lacks a lot of tribalism that mainstream sport is able to generate. Wearing pro kit is one way to build that ‘tribalism’ and regularly show your support for the team you follow. Sure you’re not a rostered team rider. But your backing of the team makes you a worthy enough wearer. Especially as not only is there your support within the cycling community, but the kit purchase is a financial support to the team. With no revenues from ticket sales or TV rights, World Tour teams rely primarily on their major sponsors for revenue. Even then, the disparity between team budgets is huge. French team AG2R ran off less than €12 million last season. Team Sky’s budget, just shy of €27 million. And while €12 million itself still seems huge, that is still nearly €5 million less than Wayne Rooney earned alone last season. And no one gets in to fans wearing his tops.

Even at the highest level, teams benefit from fan support.

‘You’re just trying to dress up like a Pro’

They say imitation is the highest form of flattery. So someone is totally decked out – kit, team bike, team helmet and even team sunnies – is less about them pretending to be a Pro and more a mark of the depth of their admiration. The wearer is also no doubt aware there’s more to a professional rider’s looks than simply slapping together all the gear (but more power to them if they’re in good enough shape to be mistaken for a team member with all the kit on!)

‘You’re not being paid to be a mobile billboard, so why do it?’

I referred above to the discrepancy between teams with regards to income and budgets. However in the broader picture of sponsorship dollars and branding capital, even the ‘richest’ cycling teams pale in comparison to other sports. For example, the Chicago Bulls player wage budget (that’s wages only) would cover the entire operating budgets for all three USA registered World Tour teams. What better way for a team to pitch for a bigger sponsorship than by showing how much additional exposure a sponsor can look to get off the back of their team kit sales.

Finally, it’s not so much a counter to any argument but more a public service announcement. Don’t forget that at certain times of the year, the person you’re about to try and wind up could actually be a Pro. There’s been more than one occasion where I’ve witnessed someone caught out muttering about someone in full Pro kit, only for it to turn out to actually be Cadel Evans. Even better, a mate (who was riding for Rapha Condor at the time) was bailed up at a coffee shop by another cyclist – demanding to know how he’d gotten the new team kit from Rapha before it was released to the public. Not until the end was it pointed out (by another) that he was a Pro. You don’t want to be the person ever making that mistake.

In spite of all the above, some will still disagree with the wearing of pro kit. Totally fine. Just don’t get down on those who are in to it. As for the question of if it’s a faux pas? Not in the slightest. My Boonen Quick Step jersey is as cool as the day it was made. Ride those kits loud and proud.