Get ready for the Santos Tour Down Under 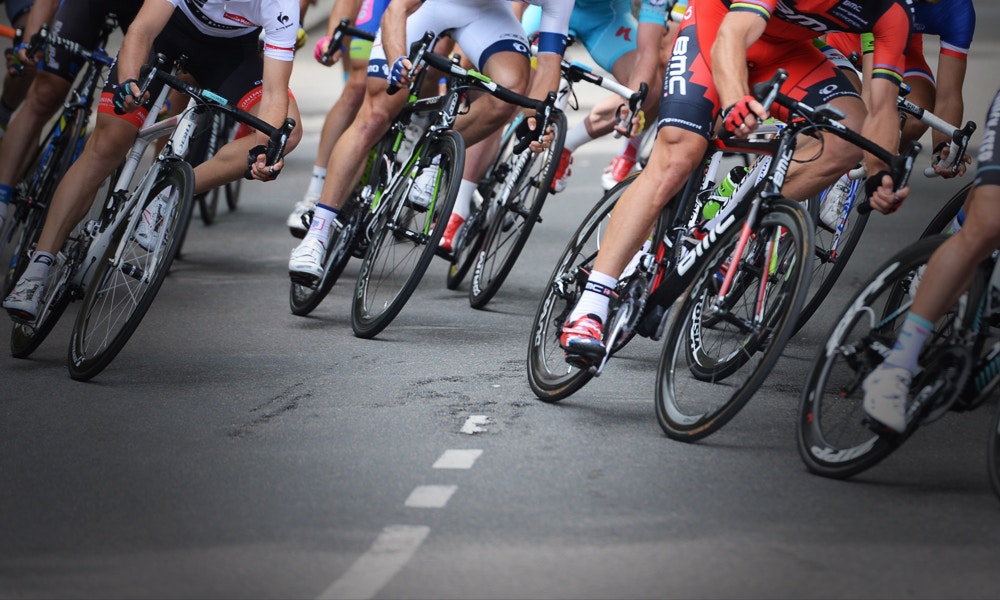 Planning to head to Aus for the 2015 Santos Tour Down Under? We caught up with seasoned TDU superfan Nick Squillari, who's shared some handy hints with us. Thanks, Nick!

Warning: reading this might come across as some sort of paid tourism plug for South Australia. I assure you it isn’t. Growing up with only one parent a Victorian and spending the first decade of my life outside of the state meant I wasn’t hit with State of Origin footy and the associated dislike of crow eaters from around the same age I could consume a meat pie. You can imagine then the initial reaction from my Victorian friends after my first trip to Adelaide and a glowing review thereof. There was more to the state than footy crazed fans and pie floaters?

Now my perception and reality might be totally out of kilter, however in my party-filled years pre-bicycles it always seemed that South Australia followed a motto of ‘we’ll charge you less to eat out so that you will want to eat out more’. Considering how good their weather is (compared to Victoria at least) and the quality and quantity of outdoor events offered throughout the year, that’s not a bad ploy. Now whether this increase in crowds eating out is true or not, there is an impressive ratio of eateries per capita. None of which have ever seemed to me to be complacent with their quality. Smart move, given there are plenty of alternatives for hungry mouths.

How does any of this relate to the Tour Down Under I hear you ask?

Picture this. Your day starts with a stroll down to the Tour Village. You can drool over the shiny 2015 team bikes, grab some funky TdU-only merchandise, debate if Mark Cavendish really is tall enough to pass minimum height on waterpark rides and then head on back to your accommodation to kit up and ride out to the stage finish. Back in from that big day on and off the bike, you head to town only to find…one dicey looking pizza parlour open. Wrong! While that scenario has happened on other cycling trips of mine, it’s never a concern in Adelaide. And if there is anything we know that makes for a great cycling trip it’s as much about the food as it is the riding. So without further ado, if you’re considering heading to South Australia for the Tour Down Under then here are some hints and recommendations you might find handy.

1 - Try and find accommodation near The Hilton

One of the big drawcards of the Tour Down Under is the lack of transfers for the riders. Staying in one location is a rare treat that anyone who has raced a Tour appreciates. If you’re coming to enjoy the race then it makes sense to be located nearby – for reasons that will be all the more clear as we go on.

2 - Hook up with some locals or a ‘TdU veteran’

I’ve always found the South Aussie locals incredibly welcoming. A little bit of asking around on social media, your local bunch or a cycling forum will yield a guide easily. Not only does it save hours pouring over Strava rides to work out where to go, you’re also sure to be shown to the best bakeries (which if I’m honest, I’ve never come across a ‘bad’ one yet) and taken along the less congested roads to get out of town and amidst the hills. Not everyone is as in love with their city being taken over by Lycra clad out-of-towners as we are, so trying to keep impact on the locals to a minimum is always a nice gesture.

My first TDU found me spending a rest day with a mix of locals and a crew from Perth (who are still friends of mine, years later) that expertly directed around the hills and bakeries in a morning long ride. Amusingly in the post ride spin to a Norwood café, one of the locals and I were chatting about the fastest times up Norton Summit.

Local: “it was Bobridge’s record until just recently”

Me: “no kidding? His time was beaten?” (a little shocked)

3 - The Monday between the crit and racing is a gem

I’ve always headed over the Sunday of the criterium, that way the Monday is free to do as I please and not miss anything race related. 100km+ in the hills in the morning and then an afternoon trip out to a winery was certainly the best combination so far. And not just the Barossa Valley (which is fantastic, don’t get me wrong). I fell deep for the Clare Valley years ago so I think it’s clearly worth a bit longer in the car to get to and sample. Admittedly this is coming from a man whose favourite bakery item is a Neenish Tart…either way you are spoiled for choices of wine in South Oz so the Monday won’t nearly be long enough.

Riding to the finish of the stages is a truly incredible way to see the surrounds. Some of them are a bit out of town, so if you haven’t broken the old ‘imperial ton’ (100 miles) for a ride before this could be your big opportunity. The stage finishes are a circus, but in a thrilling you-would -never –expect-this-much-excitement-in- Aussie- cycling- ten- years- ago sort of manner. All this assumes you make it to the stage finish on time to see it.. There’s been more than one ride out where, even with locals, we’ve gotten lost. A 70km trip suddenly becomes 100 and you arrive at the town just as the riders are towelling themselves off. Doh! All is not lost, though. A lot of the Pros use the Tour Down Under as preparation for the Spring Classics. So unless they’re in a position to push for a good result on general classification they’re going to be riding back to The Hilton. That’s quite handy given it’s close to where you happen to be staying! It goes without saying though that if you do slip in with a team heading back; don’t half wheel them. Those poor Euro guys are zapped from racing and the sun. They don’t need us bursting with excitement over the fact that we have this incredible privilege of being in such close proximity to the world’s top professionals. In fact, half the time they’ve preferred to get a bit of a sit. A Carmen’s bar was once required too. Played out politely, there’s every chance you’ll be able to enjoy a perk that most other sports fans could only dream of (can’t just shoot a lazy 9 holes with Adam Scott could you?).

If mass kilometres and nearly passing out as soon as you reach bed each night (the riding, not the wine) isn’t quite what you’re looking for then TdU still has a heap of other activities. A Legends Dinner, team presentation and concert, the Tour Village, the Bupa mini tour for the kids – the list goes on. This is all before you check out any of the stores around town. In short, if you cannot get a cycling fill by the end of the race…well, I just don’t see how that would not be possible.

And by that I mean now. Flights and accommodation go quick. Driving isn’t too bad – and is my preference, but only because I’m a little precious about my bike being handled by luggage handlers. Otherwise you want to be getting organised and ideally locking everything in before Christmas.

Finally, as Baz Luhrmann said, wear sunscreen. The only drawback of all the mint weather is getting burned to a cinder, and that is a real risk. Nobody wants selfies with sunnies marks or looking like a Heinz tomato soup advert.

Otherwise that’s it! Enjoy what is now a week in summer I feel a little lost if I miss. And don’t worry about trying to convince any diehard haters – after all we don’t want too many people in on our secrets now, do we?

Find more great reads on our Everything Bike Blog here