Giant at the Tour de France 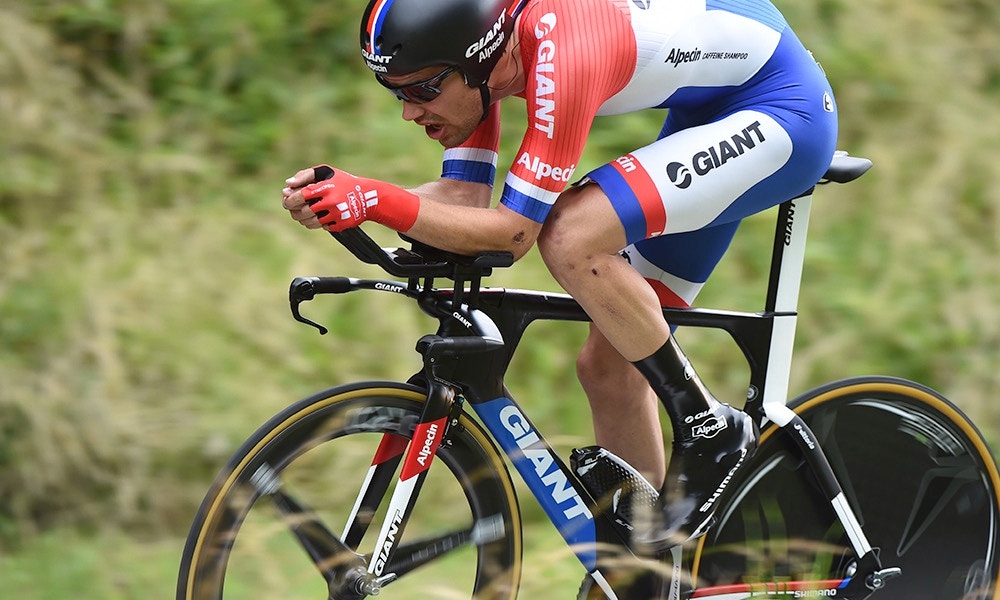 The Giant Propel is as close to a weapon as you will find in the peloton. It is sleek and sharp, cutting through the wind with its aero profile. Marcel Kittel loves the Propel for its stiffness and acceleration, and has ridden it to countless wins. Even with its aero shapes and incredible stiffness it maintains a very low weight, highlighted by the fact it was still used up the Mont Ventoux by Bauke Mollema and Laurens ten Dam when they rode the Propel for the Belkin squad. Giant's Aero weapon the Propel in the spotlight

The Giant TCR was the forerunner of the compact geometry, which has proven a winner for decades. The smaller triangles make for less material resulting in less weight. They also make for a more robust frame which is better able to resist any flexing or twisting that might occur when putting power through it. The longer seat post also offers up a more compliant ride when compared to the Propel. Look out for the TCR in the second and third week of the Tour when the profile points skyward. The Giant Defy announced itself with a bang during the sprint classics, John Degenkolb riding it to victory in the Paris Roubaix. It served him extremely well, softening the ride over the cobbles whilst allowing him to put the power down when bridging across to the front group and the race’s winning final sprint. Endurance geometry and a D-Fuse seatpost reduce vibration and increase compliance, two things you want heading into a stage full of pavé.

Check out this quick overview of the Giant Enduro bike Tom Dumoulin piloted the Giant Trinty to 2nd place in last year’s final time trial of the tour and also came third in the World Championship ITT, showcasing Trinity’s capabilities. Like the TCR, the Trinty has kept a similar make-up from its original creation, such is the success of the bike. Over time wind tunnel analysis and rider feedback have developed a more aero dynamic profile and tightened up the front end. The Trinity is fully integrated and has a very adjustable cockpit, which will suit a lot of the bigger riders on the Giant-Alpecin team.