Getting Acquainted with Bike Otago 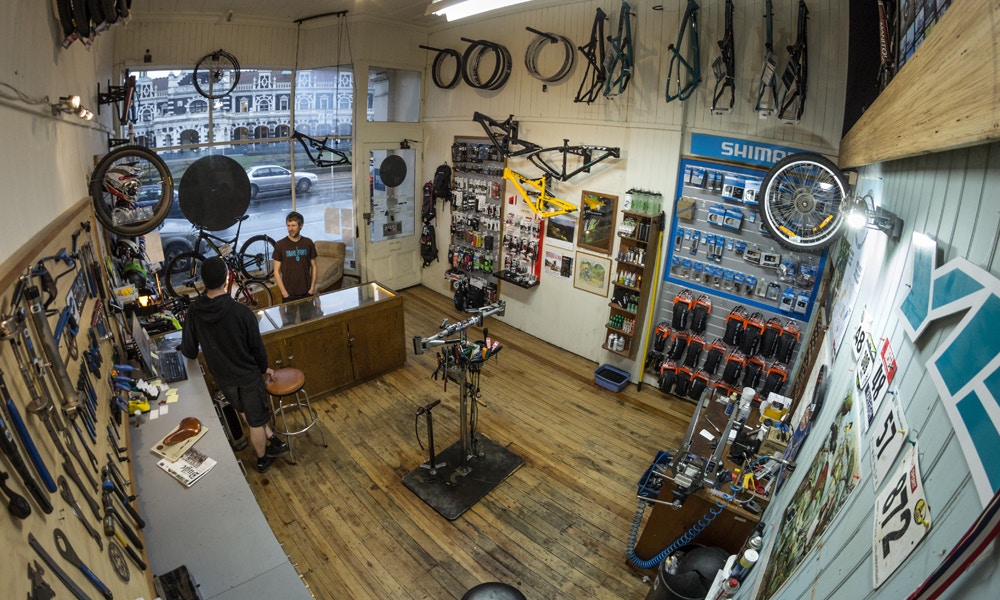 Getting named after a spiritual town in India seems like a pretty solid dinner party conversation starter.

But when you’re Kashi Leuchs, you can default to even more impressive content. Like representing New Zealand in mountain biking at the Sydney 2000, Athens 2004 and Beijing 2008 Olympic Games. Or competing in mountain biking at the 2002 Commonwealth Games, and MTB (fourth place) and road riding in the 2006 Comm Games. Or winning the 2006 Mountain Bike World Cup in Val Thorens, France.

Yes – there’s definitely not shortage of conversation savers when it comes to Kashi Leuchs.

It all began back when Kashi was a kid and borrowed his mates’ bikes. They’d head to paddocks in packs and bash around having a brilliant time. They loved riding so much that Kashi joined the local Dunedin MTB club, where his interest escalated, as did his speed and skill. The club had a passion and sense of community that Kashi eventually discovered was indicative of the sport worldwide. As his thrill for the sport gathered momentum, so too did the number of races he would enter. Back in those days, Kashi become a star cheese roll maker. It was through cheese roles and other creative fundraising ideas that he pulled together all the money he needed to travel about to race after race. As an adult, he took to busking, earning his pennies playing clarinet. He obviously wasn’t tone deaf as he gathered enough funds to get himself to Europe, where he and a mate spent the year chasing races. At the beginning of that year Kashi found himself on the start line with the likes of Australia’s Cadel Evans and France’s Miguel Martinez, names that dominated the sport and became imprinted in his mind as they lapped him. By the end of that year, the loop had been closed significantly, with Kashi finishing eighth in the U23 World Championships. Following that breakthrough, it was hook, line and sinker for Kashi and mountain biking.

In those serious years of competing, Kashi was often plagued by asthma. His coach, Benoit Nave, had an incredible influence on him during this period, encouraging Kashi to learn more about holistic health and to adopt clean, low-processed eating. The effects were remarkable and helped transform the young rider from being a good U23, to someone who could hold their own with the world’s very best. These days, Kashi owns Bike Otago in Dunedin and although he no longer races professionally, he still competed in last year’s Enduro World Series, where he ran into many a familiar face from his more serious race days. Owning the business is remarkably similar to racing at elite level – there’s always competition, there’s always more that can be done, and there are always goals to set and reset. For Kashi, who confesses to having endless energy, it’s a great outlet.

He bought the business about a year ago from friend and pro MTB rider Justin Leov, and his parents. At the time, Kashi was running another business, Black Seal Imports (which he still owns and runs). When he found out Bike Otago was potentially closing down, he knew he had to act. Leov and his parents had created something that was so much more than a bike shop – it was a community and culture for the local MTB scene. Kashi was keen to see that special x factor retained, not to mention the incredible bike service and products made available to locals through the store. So it ended up a logical response – Kashi would take over where the Leovs left off.

He has however, made his fair share of changes, namely reducing the showroom floor size to a more manageable level. Bike Otago doesn’t do mainstream. On the contrary, Kashi has a real affinity for the underdog and believes that smaller, leaner outfits work hard to be truly innovative and exceptional, and have the flexibility to think outside the box and find unique solutions. As such, Bike Otago is where you go for high end custom built mountain bike brands such as Yeti, Santa Cruz, Niner and Switchback (they also stock Electric bike and will soon be introducing road bikes into the mix). That said this is not a destination for serious MTBers only – on the contrary many newbies to the sport make a bee-line to Bike Otago. They’ve heard through the grapevine this is where they will get really looked after; this is where they can tap into plenty of knowledge and experience.

When he’s not at his bike shop, Kashi’s working on getting his two-and-a-half-year-old son, Jasper, to race form, and jokes that a balance bike competition is just around the corner. He and his wife also have a baby girl and Kashi plans to enter them as a team into a future 12-hour event. Knowing his wife doesn’t currently cycle, we figure this is probably one of the mid to long-term goals he’s set!

When asked how bike racing has changed since he was on the circuit, Kashi is quick to respond. It’s getting faster and faster – it’s incredible to see some of the times that get posted after a race. But some things remain the same – for Kiwis with talent and drive there is little option but to head overseas to compete, and say goodbye to home for months on end. In Kashi’s opinion, it makes or breaks our best. We wonder if he might find himself sitting down and having this conversation with Jasper in a few years’ time…

If there’s one mountain bike must-have for this season, Kashi reckons it’s got to be the CSixx Chain Ring, which has just hit the market. In short – this new product eliminates the possibility of dropping a chain. Anyone who’s raced and had this happen will need zero convincing! The innovation means that anyone can convert their bike to a single ring, which is really going to help Enduro races in particular, who need that durability and reliability.