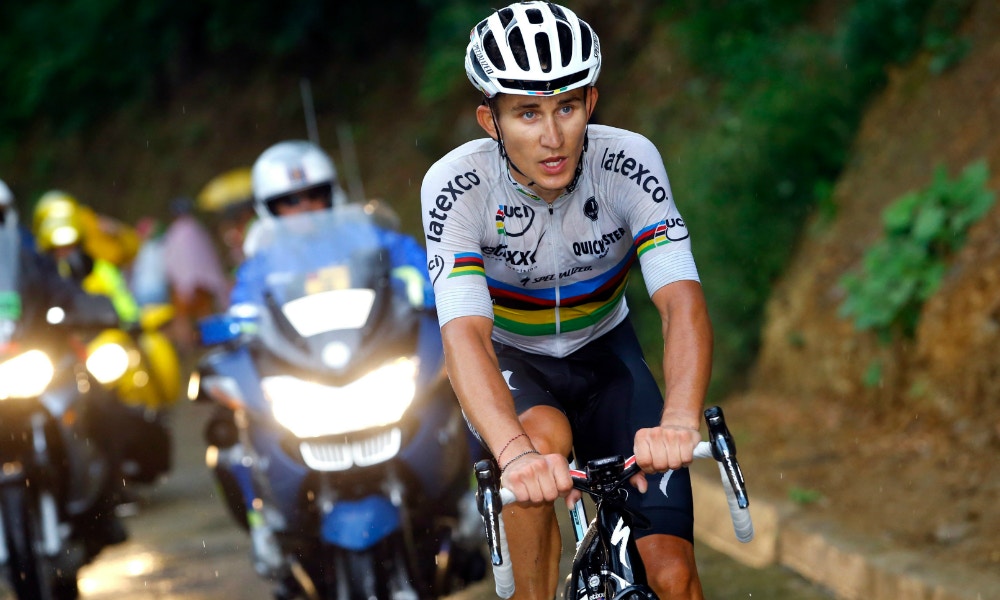 Thanks in large part to the popularity of a certain virtual reality indoor trainer programme, the 2015 World Championship in Richmond, Virginia has arguably had more exposure than any World Championship course since Geelong in 2010.

And like Geelong, the course is being touted as one ‘for the sprinters’. Only it has the very real potential – thanks to the inclusion of three short, steep climbs, two of which are cobbled.

When you also consider riders like Valverde, Nibali, Gallopin and Gerrans are all on the start list, you don’t need to be a tactical genius to recognise that national team managers might just be cooking up a plan so that it's not to be the day for the fast men (like we’re all being told to expect).

Preceding the road race though is the time trial. Described as a ‘classic power time trial course’, this is one for the bigger TTers who can lay down the watt bombs without being the lightest or the most aero. Riders to watch are: Expect the Boels-Dolmans team to be well represented – Ellen van Dijk and Evelyn Stevens are both excellent against the clock. Defending champion Lisa Brennauer will also be very hard to beat. Expect also (given the much flatter course) the Danish-born Kiwi Linda Villumsen to be a contender. In form and with huge power, she had multiple World Championship silver medals. Gold I don’t think is out of reach.

The team time trial – at 38.8km – won’t throw up any surprises. The specialists will fill all three steps. Expect a big time shoot-out again between Orica-GreenEDGE, Etixx-Quickstep and defending champions BMC. The womens should see Boels-Dolmans, Orica-AIS and Wiggle-Honda in the mix. My dark horses though are UnitedHealthcare Womens and Bigla to come close –the former especially if Villumsen races. Although given there is only one full rest day between the TTT and the women’s elite TT you’d understand Linda (or other individual TT contenders) sitting the TTT out.

On to the road race – eight laps for the women and 16 for the men. The more I look at the course, the less convinced I am a true sprinter will walk away with the Rainbow Bands. All three pinches come in the closing 4km of the 16.2km course. The second cobbled climb is very short, but has a gradient nudging 12%. And the drag to the line levels out with only 500 metres to go – good luck getting a lead out train assembled in that time.

With this in mind, my picks for those in with a big chance are: A final shout-out also to the under 23 category. SBS is televising it so I highly recommend tuning in. Not only do you get to see the future stars of the sport strut their stuff, but the reckless abandon with how they race is terrific. Rarely are these boring races.

Otherwise kick back, try and forget the season is fast drawing to a close, and enjoy the racing from what we all hope is a memorable World Championships.

Keep up with news, reviews, interviews and more as the World Champs gets into gear - follow us on Facie or subscribe to get our regular email

Thanks once more to Graham Watson for his pics.