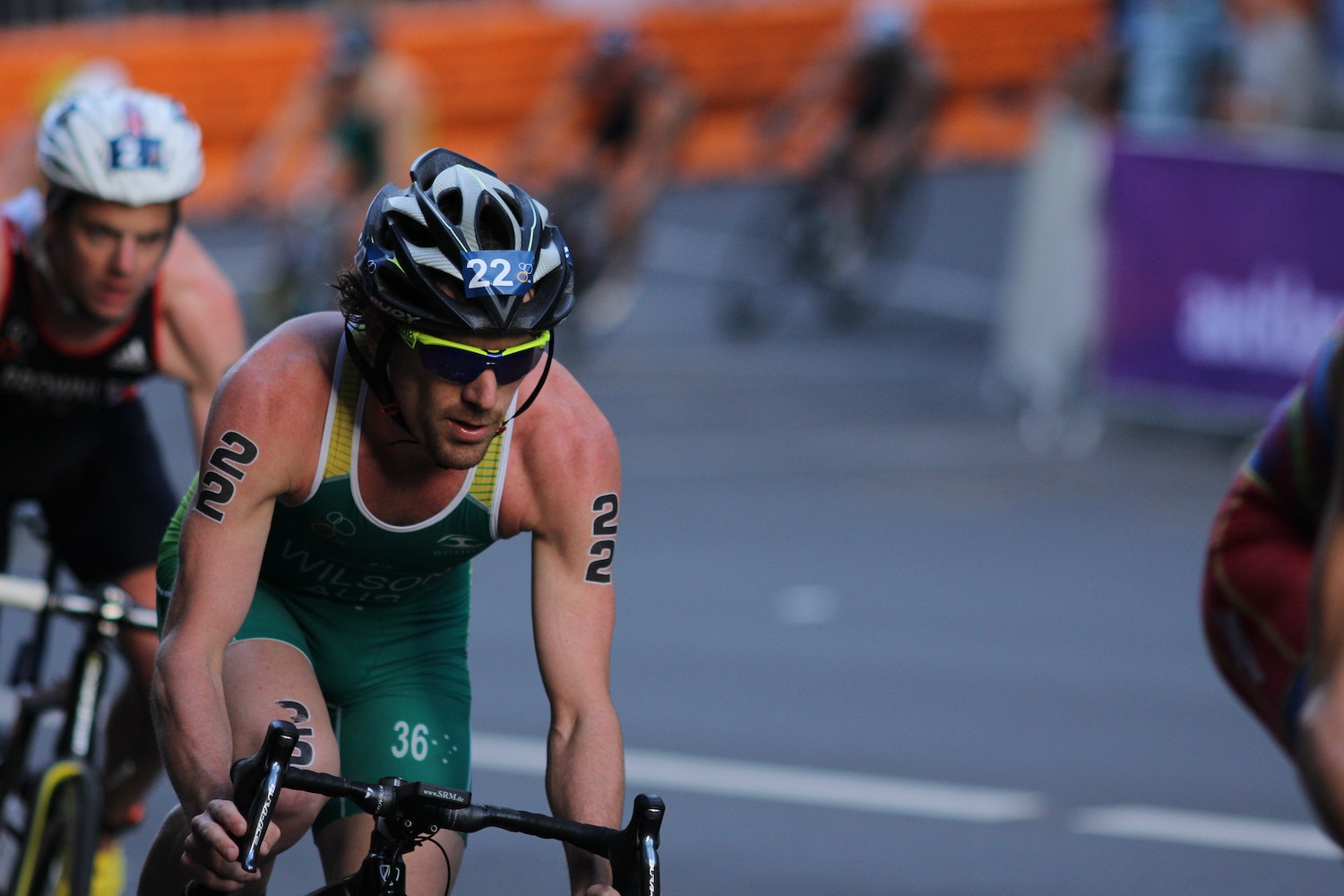 Professional Aussie triathlete Dan Wilson grew up in Queensland and was mates with a boy who was keen to give triathlons a go. The mate wanted someone to take along for the ride, so Dan was roped in. To cut to the chase, the mate didn’t even turn up to race, and it was Dan who found himself in the deep end giving it a go.

And that was the start of Dan’s triathlon story.

Prior to triathlons he’d dabbled in XC running and a little swimming, but he wasn’t all that good at either (his words, not ours!). He was into cricket and soccer but gradually they become less important and tri took over in the fun stakes. By his final year in High School he’d made the QLD school team, but again in his own words he still wasn’t ‘particularly good’ by that stage.

Then Steve Moss began to coach him (and remains in this role today), and Dan started to show strong progress. He was getting faster, stronger, better; he was making improvements and they were addictive. At this point in his life, he had pipe dreams of where triathlon might take him, but never at any point did he dream it would become his career.

So off he went to Uni

Dan went straight from High School to Uni, enrolling in an Education and Human Movement degree. At Uni he began to realise that teaching probably wasn’t really his thing, so he dropped the education component and focused instead on straight Sciences, and four years later received his Bachelor of Human Movement. By this time however, tri had really taken off and Dan was a member of the AIS, and made the National team. To this day he maintains that although natural physiology must have its part to play, natural talent just wasn’t an innate part of his being like it was with other guys in his team and other guys he was racing against. Much of his success is attributed to a solid work ethic and plenty of hard work. His training programme of course changes given where he’s at in the season and what races are pending. To average it out, a week would look like:

Dan rides a Carrera SL 730 and spends most of his time on the bike around his home city, Brisbane. He's normally racing one Crit session a week, but will ride one hour there and back and include it as a solid training session. He loves the Zupp bunch ride on Sundays – an iconic session known to any keen Brissie cyclists, which starts at its namesake (Zupps car yard) and gives things a serious nudge. Otherwise he will be out in the nearby hills getting some quality climbs into his legs.

What’s he got his eye on?

Rio. No surprises there – ask any elite athlete competing in an Olympic sport and they’ll all say they have tunnel vision to qualify for the next Games. Dan’s greatest success to date has been qualifying for the Glasgow Commonwealth Games. The race itself wasn’t his best and he was disappointed in himself, but to qualify was his proudest achievement to date. And now he wants to do it again.

When is it ever? You’d be hard pressed to find a professional athlete that hasn’t dealt with lows every bit as galvanising as the highs. For Dan it all started with what seemed like a fairly innocuous crash involving him on his bike, and a vehicle. He appeared ok at the time, but soon afterwards pulled up with a niggle in his knee that has sidelined him many a time until he couldn’t run or ride… For five months. He opted for surgery on the injury, which went well but he built back too quickly and got a stress fracture. He recovered from that, but again built back too quickly and again suffered a stress fracture. Third time around and he’d grown wiser, so he built back from this one moderately. But again got a stress fracture.

And so far, to roll out a mega cliché, the future looks bright. Dan’s consistently being pulling up in the top three in his races and will later this year be heading to Copacabana Beach for the ITU World Olympic Qualifications Test Event.

But he’s got his head in the books again, as well

As the intensity builds ahead of Copacabana Beach, Dan’s balancing the pressure by balancing books with the training. He’s gone back to school, this time to study Psychology. When the stress fractures really saw him hit rock bottom, Dan realised he needed a Plan B should further set-backs occur. A Plan B that didn’t rely on his body for success. He’s definitely stacked his plate full but in a way, the books are a bit of respite from the training so he doesn’t have tri on his mind 24/7. But he doesn’t want to go down the path of Sports Psychology – clinical work appeals more.

We’re really excited to say you’ll be seeing and hearing more from Dan on BikeExchange, as he becomes the latest in a string of quality contributors to our site. Expect inside info from him on Everything Triathlon – from top training sessions to nutritional advice; from the odd race report to product reviews; from tips to get you through motivational slumps to just general tri musings.

We can’t wait. Welcome, Dan – it is really great to have you in our bunch.

Get more of Everything Bike here