Ridley at the Tour de France 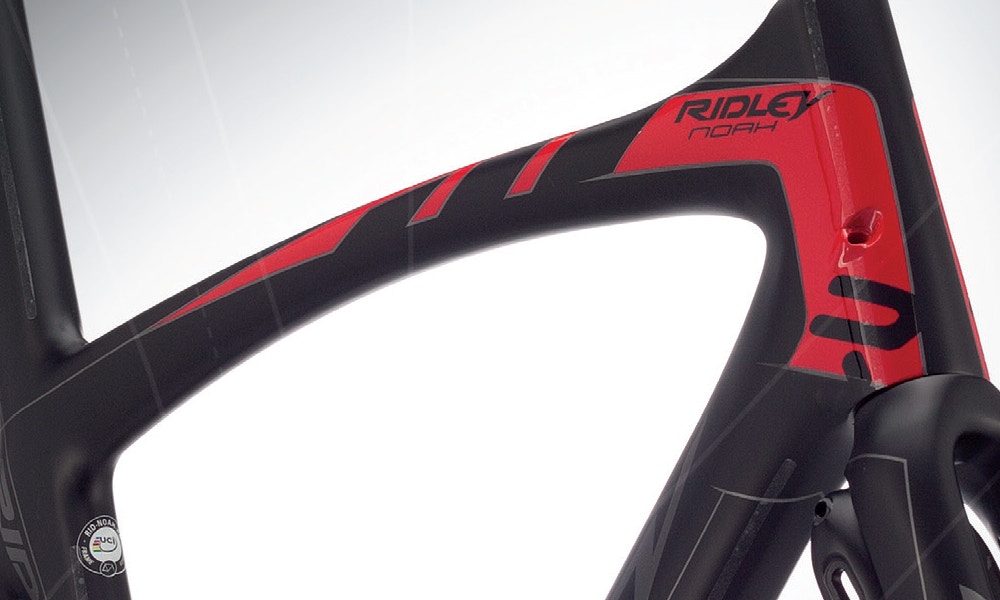 The Ridley Noah Fast and Noah SL are the choice of Lotto Soudal’s sprinters, Andre Greipel having had great success on board the two aero machines. The Noah Fast uses three major developments to improve the performance of the bike; split forks which reduce drag by 8%, a braking system which reduced drag by 4% and textured surfaces at key locations further reducing drag by 4%. All of this adds up to a saving of 20-watts over their other road bike the Helium (see below). Its huge frame tubes also make for an extremely stiff frame, Greipel reportedly pushing almost 2,000-watts on board the Noah Fast. The Noah SL is distinctive from the Fast with it's dropped seat stays making a slightly more aero profile. The Ridley Helium is built for climbing. The frame weighs in at an impressive 780grams for a medium making it the perfect foundation piece for Lotto Soudal. Pencil thin seat stays and a rigid bottom bracket add to the bike’s performance. Rarely seen in the modern era is the external cabling on the top tube, Ridley keeping the structural integrity of the frame, careful not to compromise stiffness in pursuit of weight. Aussie Adam Hansen will regularly ride the Helium with his wafer thin handlebars.

The Ridley Dean TT frame has been around for a while, but the ‘Fast’ version has only recently made it onto the team’s rotation. The Dean Fast has a similar textured surface on key areas that feature on the Noah Fast and the same split fork set up, minimising drag and improving speed. The cockpit of the Dean Fast is very neat, fully integrated adding to the aero profile. Similarly to the Noah range, the tube shape is very broad and large, maximising stiffness and power transfer.