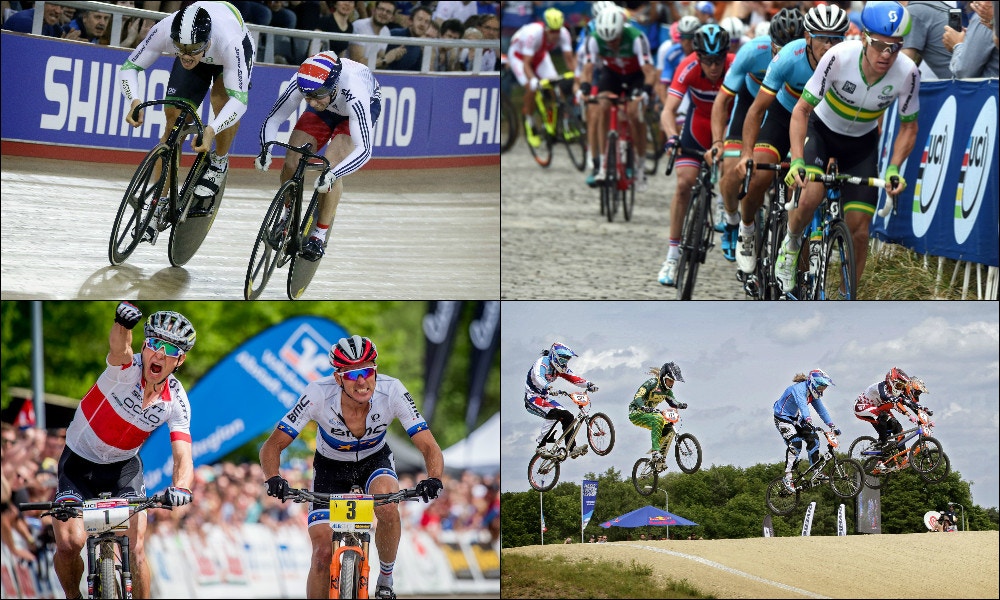 The men will compete on the first day of competition at the games, Saturday 6th of August and the women on the following day, Sunday 7th of August.

The road race has a little bit of everything, cobble sections, steep climbs and passing by famous Rio locations like Copacabana beach. The race is broken up into two distinct circuits, firstly around the Grumari National Park and secondly around the much hillier National Park Serra da Tijuca.

The second circuit, National Park Serra da Tijuca, will no doubt decide the race. The circuit is completed three times by the riders and features a two-stage climb, the Vista Chinesa, 8.9km in length with an average gradient of 5.7% and a maximum gradient of 11.9%. Once the riders have completed the climb, a technical 6km descent awaits.

After the final lap of the National Park Serra da Tijuca circuit, there is still 17km to go, making it a mouth-watering finale that could either see a bunch sprint of selected riders, or a solo escape.

The women's race follows the same circuit but only completes two laps of the Grumari National Park circuit, and one of the National Park Serra da Tijuca.

The men and women will both compete on Wednesday the 10th of August.

The men's individual time trial consists of two laps of a hilly circuit, totalling 54.56km with 40 competitors, while the women's race is a single circuit totalling 29.86km, contested by 25 riders.

The circuit is the same as the first circuit on the road race at Grumari Natural Park, featuring the short Grumari and Grota Funda climbs.

The course features everything you would expect from a championship cross country course; varied terrain, sharp climbs, technical descents and lots of obstacles to test the riders skill and bravery. Riders will complete multiple laps of a 5km cross country circuit, seven for the men and six for the women.

Some unique features of the course include rock gardens in the shape of thongs or flip-flops, a long 1km climb to the top of 'Flag mountain', and a 40-degree descent down a 'staircase' of wooden beams. There's sure to be no end of excitement! Many eyes will be on Road World Champion Peter Sagan who has swapped his road bike for a mountain bike, but the real gold favourites for the men's event are current World Champion Nino Schurter, reining Olympic gold medalist Jaroslav Kulhavy and former two-time gold medalist Julien Absalon.

BMX racing has to be up there as one of the most intense forms of cycling. The race is over in close to 30 seconds and includes crazy jumps, fast corners and huge amounts of power. One mistake during a BMX race could cost you a medal.

Following the 'supercross' format, riders set off in groups of eight, with the first four riders progressing through to the next round. Once into the final, the top three finishers will earn themselves a medal. The race starts from an eight metre high ramp and covers a circuit of approximately 400m. Aussie Caroline Buchanan just missed out on a medal in London, can her custom gold DK BMX bike get a medal in Rio? We’ll find out come August 19th.

Highlights from a Rio 2016 test event on the BMX course

There will be ten track cycling events contested at the 2016 Rio Olympics, a men’s and women’s category for each;

The track cycling program starts on Thursday the 11th of August and concludes on Tuesday the 16th of August. Here's a comprehensive explanation of each event that will feature at the 2016 Rio Olympic Games and below is the schedule of events

The Men's Team Pursuit is the must-watch event of the Rio 2016 Track Cycling line-up, as Australia and Great Britain do battle in what has become an intense rivalry. Here's their latest battle from the recent Track Cycling World Championships in London. Team GB will be trying to send Sir Bradley Wiggins off in style, while the Aussies will be trying to spoil the party.