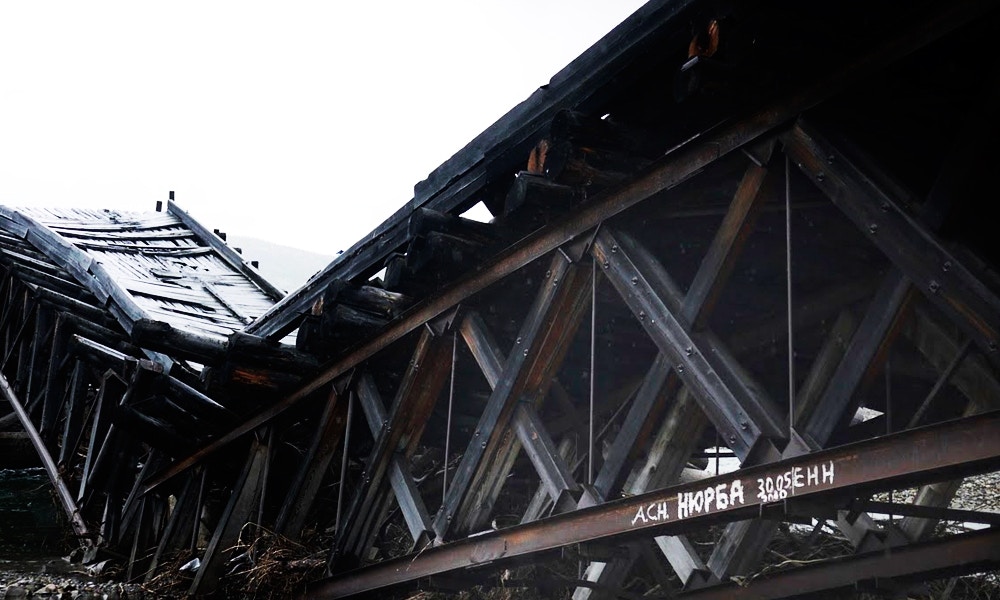 It was about two decades ago that Aussie Leigh Privett decided to race a marathon in Kolyma, Russia.

The area had only three months previously been opened up to outsiders (including even Russians from out of that region), and so Leigh found himself to be one of the first foreigners in the area. He discovered the locals were incredibly warm and friendly people, and he promised himself that he would return one day. That day was somewhat delayed in coming.

At the age of 68 Leigh felt he was ‘getting on a bit’ and decided to return whilst he was still very active and fit (he’d by now given up the running shoes and had been adventure riding for some 15 years).

So Leigh, his son and some friends started to organise a trip. Not just any trip, but a 20-day, 1,500km bike ride along the Road of Bones.

What’s the road of bones?

Instead it became known as a bleak and inhospitable Hell. Prospectors weren’t entrepreneurs, they were slaves. As Alexander Solzhenitsyn put it, the area of Kolyma (named after the river that runs through it) was "a pole of cold and cruelty". Some of the slaves were genuine criminals, others were intellects, political prisoners and even generals. Exiled and imprisoned in gulags by the socialist Dictator Stalin, they were forced to build a 1,500km road from Magadan to Yakutsk into the Siberian hinterland gold mines, and to do so in the most hostile of conditions (-40 degrees Celsius in winter is not uncommon). They worked with the most rudimentary of equipment – pickaxes and wheelbarrows – and they worked literally to their death. Leigh says estimates of the number of deaths during this period area as high as two-million.

As they died their weightless bodies were simply left along the road to decompose and forever become a part of what is now known as the M56 Kolyma Highway. The Road of Bones. Why ride alongside such macabre history?

Leigh was very sensitive to the fact that most local habitants in Kolyma still have a direct connection to this dark stain on Russia’s national history. Yet despite this, he remembered them as quiet-speaking and gentle people, inquisitive characters who took a generous interest and intrigue in foreign visitors, and who on many occasion were only too happy to open their homes and share what little they had with these fleeting visitors. His return last year only reiterated such perceptions.

But the landscape itself is also a major drawcard. Granted it appears one of the most isolated places on earth, but it’s a changing vista of mountain passes, forested valleys and freezing streams, of vast and striking barren and rocky expanses. A harsh and unforgiving environment, certainly, but a stunning one nonetheless. So how did it go?

The group of five decided to embark on the adventure in August last year. They deliberately avoided the Northern hemisphere’s summer as – surprisingly – Kolyma’s Mercury levels can reach hellish highs as easily as it can frigid lows.

They also knew to stay away from mozzie season as the creatures there apparently can be near fatal as well. They packed mountain bikes and camping gear, and hired a Russian chauffeur who got them to the beginning of their journey and then effectively served as a Sag wagon (but was never used for that purpose) along the way.

As it turned out, they may have missed the heat but they ended up copping the cold. The snow hit them along the way. The journey became a series of sludgy roads. They had huge mud guards but it took no time at all for the sludge to build up. The coal dust turned to slush and they often found themselves sticking a foot into a derailleur to change gears!

Keep in the loop with BikeExchange News

But they didn’t get a flat – not once!

Locals were drawn to this bunch of foreigners, and they were invited into many a home for many a meal and/or Vodka. Food and accommodation was meagre to put it mildly and often very hard to find. But when they were welcomed into homes they were treated incredibly warmly. Twenty days later and they all made it to Magadan (where there is a huge shrine, a mask of sorrow, dedicated to the lives lost on the Road), despite the varying levels of fitness within the group.

All five agreed it was an incredible adventure, made all the more poignant and memorable given the history and culture of the land.