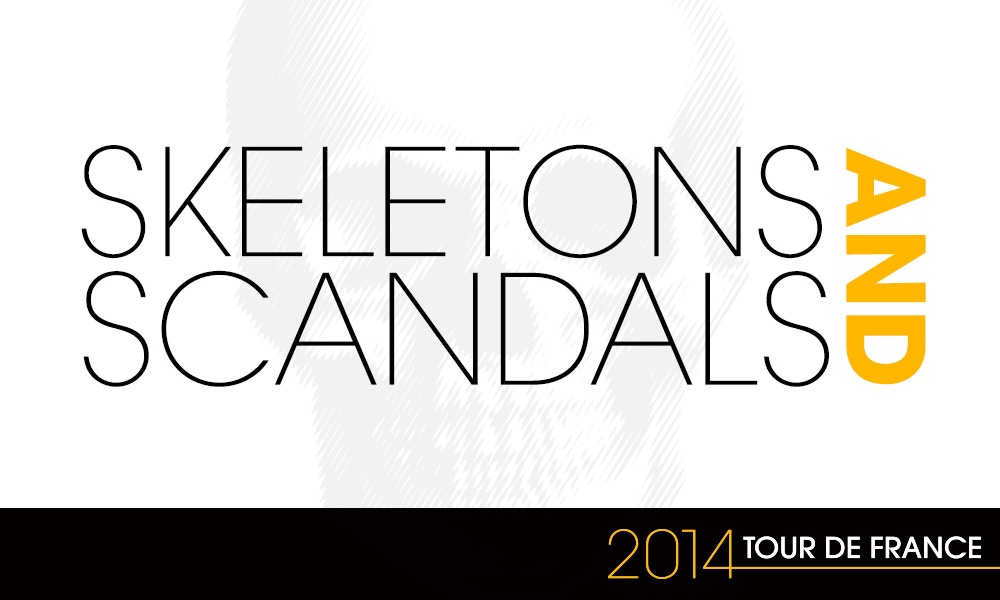 Well, even Grand Tour races have skeletons in their closet, and the Tour de France has a few lurking! We bypass some of the obvious - doping and pill-popping - and look briefly at just some of the scandals to rock the race over its history...

Back in 1950 he supposedly got stuck into not one but two bottles of red wine. Clearly he knew he was in some good terroir. Some serious zig-zag cycling ensued before Zaaf found a tree and fell asleep under it. When he was finally awoken by spectators he got back on the bike and headed off… In the wrong direction! But a penchant for alcohol swings both ways, it would seem. Back in 1950 the French Government apologised to its Italian counterpart for the performance of some drunken spectators. Keen to support a fellow countryman, they blocked the path of cyclists and indeed made threats at race favourite Gino Bartali – the Italian team was forced to withdraw.

Who doesn’t remember the controversy of the 1975 Tour, when Eddy Merckx was actually punched by a spectator in a particularly crowded part of the route?

The shocking act was captured on camera and although it appears as though the fool put plenty of force into his swing, it was no match for the Cannibal, who briefly grabbed the side on which he was hit before returning hands to the bars and continuing to surge uphill. It obviously would have taken a lot more than that to impact 182cm of pure power.

The Merckx incident was by no means the first. Back in 1904 cyclist Maurice Garvin was set upon by supporters of a rival cyclist. Well – there’s been a few! Tacks and nails on the road were a fairly common form of sabotage in the early days of the Tour. Here again we see plenty of creativity – from shortcuts, grabbing lifts in cars or trains (1904 saw some nine riders disqualified for, er, hitch-hiking), and regular pushing from spectators. There is even a case in 1953 of Jean Robic admitting to swapping his bidon for a bottle full of lead in order to descend faster!

Smoking – particularly in the mountains – was believed to open one's lungs. Indeed one of the most enduring images of the Tour de France remains a vintage black and white shot of three cyclists riding with arms around each other, one smoking and the other two sharing a cheeky ciggie. If only they knew …!

Stage winning cyclist and leader Michael Rasmussen was fired by Rabobank apparently for breaking team rules. He’d said he was training a month prior to the race in Mexico, but was supposedly seen in Italy that same time by a former pro. Did the punishment fit the crime? A year later a Dutch court ruled in favour of the Rabobank decision, but ordered that Rasmussen be awarded damages for the immediate dismissal.

7/ Innovation ahead of its time

In 1931 and 1934 Antonin ‘the Monk’ Magne tested the first Mavic ‘Duralumin’ rims on the quiet. Knowing such technology was against the rules of the day, he apparently went to great lengths to paint wood grain on the rims. The artful dodger!