The Thrill of Swooping The Velodrome 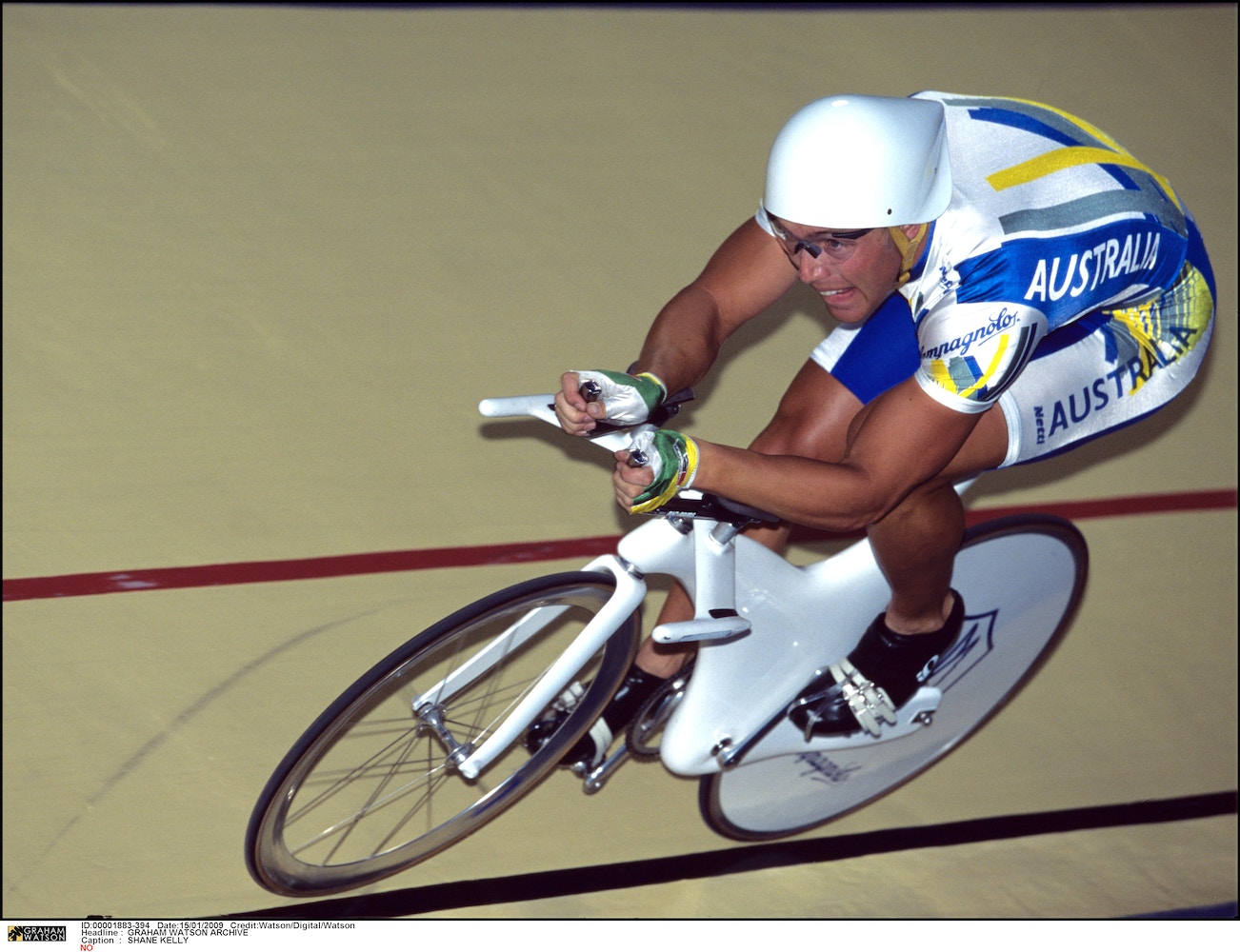 For many, he's a living sports legend.

So when we started chatting with Shane Kelly about bringing some great interviews to BikeExchange, we were pumped when he said yes.

In the coming months, you'll start to hear about some incredible sporting and personal journeys from people who candidly share their stories with Shane. The series is called 'Off The Bike' - and it's coming your way soon.

Get ready for a string of casual, relaxed chats with some remarkable individuals; their common link being the bike. Some are old team mates of Shane, some are people who are using the bike to improve quality of life, others have had a life-long connection to two wheels. Off The Bike with Shane Kelly serves up plenty of great stories sure to get you thinking and talking.

But what about the man himself? Ahead of our Off The Bike launch, we decided to turn the tables...

Shane is incredibly down to earth and boasts one of the more impressive resumes of any athlete (making him the perfect choice to head up this series). His achievements include an Olympic silver and two bronze medals, Multiple World Championships and two Commonwealth Games Gold medals. Raised in the country, Shane was into everything as a youngster - cycling, athletics, squash, cricket… you name it; if it was a sport or an activity, then he was part of it. Shane attributes his hand/eye coordination to his mum and his competitive drive to his dad and three older brothers who were all good cyclists.

Despite his broad sporting prowess, cycling always seemed his future. For the Kelly family summer was always on the track and winter was always on road. His parents always encouraged him and his brothers to try as many things as possible, but from an early age cycling “got him” and he was hooked. Shane loved the pressure of having to do it yourself, and doing whatever it took to win.

The velodrome was his passion, and that feeling of swooping around the track still excites him.

The second 10 years of his career still involved training six days a week, but the total kilometres dropped back to 10,000 as his focus became more specialised and he began incorporating gym and cross training into his program. A personal best leg press of 700kg leg press max is something to behold! Note to prospective Olympians out there… never skip leg day!

Over the years Shane has seen exposure of the sport change dramatically. TV coverage has raised the profile of cycling, social media a big part of that, and there is now much more money poured into the sport from funding and sponsors alike.

A story from Shane’s early race days illustrates the change in sport perfectly.

Shane and the team would go to Mexico each year for altitude training. There wasn’t the money that there is these days, so to save $1,000, the team took the ‘milk run’ to Mexico, which involved endless transfers and bus rides culminating in 52-hours of travel to get from there from Melbourne!

As if that wasn’t bad enough, Shane crashed the day before departing while descending Gorge Rd in Adelaide, tearing his back and butt to shreds. This meant one of the most painful trips of all time, plus the indignity of having to change dressings at every stopover. Ouch!

Athletes' approach to cycling has changed dramatically as well – recovery used to be the plane trip from one three day event to the next – nowadays it is ice baths, massage, nutrition and countless other interventions in the search for marginal gains. Shane has some great advice for riders new to cycling. Take the time to listen to those that have been around for long periods of time. Works on your skills, it’s very easy to get fitter but even more important are your bike handling skills and technique – these are very often over looked and a very neglected part of modern cycling.

An important reminder for all of us who can get caught up in the obsession of bike riding – you’re not racing for sheep stations so make sure you enjoy the sport and have fun. Shane would not have been involved for so long, or been so successful had he not had a relaxed approach to the sport and had fun.

For kids out there, have fun and get an education – there will always be time to ride your bike but make sure you focus on education and get a qualification behind you first.

Shane is very grounded and his easy going nature makes him the perfect host for our “Off The Bike’ series. We can't wait to get it going.