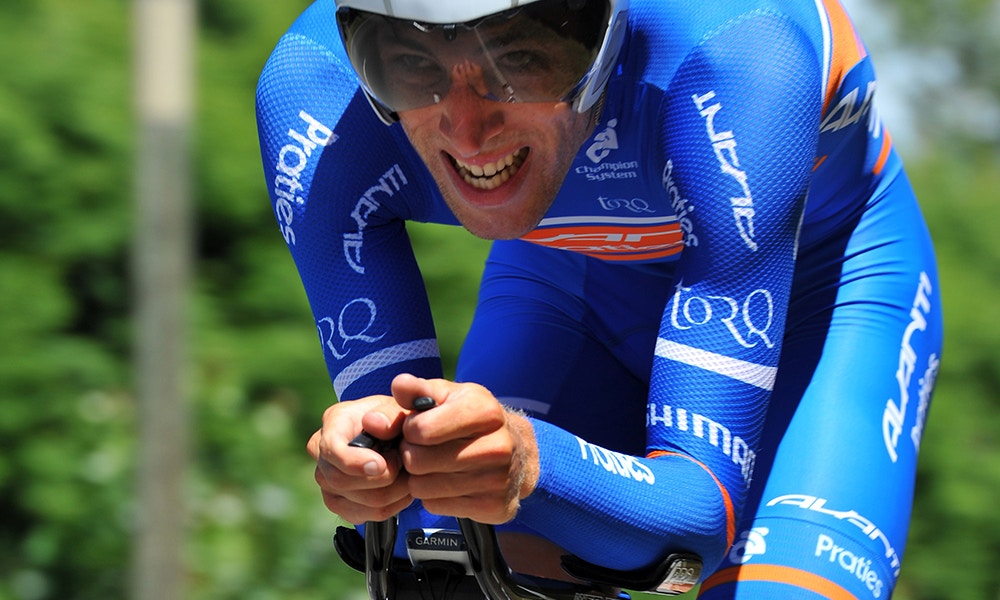 With a surname like Gunman, Kiwi cyclist Taylor was never going to escape a quirky nickname from his cheeky Avanti Racing Aussie team mates. We catch up with ‘Pistola’, also known as Noddy (for reasons readily revealed on Facebook…).

Taylor Gunman was all set to become a rugby player. He’d enrolled at Westlake Boys and was committed to joining the All Blacks, like plenty of young Kiwis. One of the few Anglo-Saxons in class, it was never going to be strength that got him over the line, so Taylor focused on fitness instead. Not a bad move in retrospect, given it resulted in so much time on the bike…

There came a tipping point around the age of 15, and Taylor knew he’d have to choose between rugby or cycling. Always one for the underdog, and his passion for the bike having never waned, Taylor not only stuck with spinning, he buckled down and focused on it completely.

He joined the Pure Black team and found himself training on Boulder, Colorado, but by 2012 the team had folded, and Taylor was fortunate to sign with amateurs Terra Footwear. That took him to Belgium as part of the U23 National Team, where he was thrown in the deep end and spent the next couple of years living between Europe and NZ.

Get a slick Avanti ride here!

Taylor is now signed with the Avanti Racing Team (officially as of the start of this year), who make it possible for him to be based in Auckland and compete around the world. The self-confessed ‘Kiwi Boomerang’ knows what it’s like to live the life of a cyclist from Down Under competing in the northern hemisphere, and prefers to keep himself at home as much as possible. If he has a race in Perth; fine. He’ll start acclimatising in a heat chamber in Auckland, he’ll catch a flight over five days out from the gig and then return home shortly after (this may go some of the way into explaining his other nickname – Noddy. Apparently Taylor can sleep anywhere, anytime, as can be seen on Facebook). Having a surname like Gunman doesn’t help if you’re a frequent global flyer – Taylor’s strike rate is almost 100 per cent when it comes to getting stopped by customs or immigration. No – he doesn’t have an obsession with guns and has changed his name. No – he doesn’t own a gun. In actual fact, his Swedish great grandfather, whose surname translates literally as ‘man from Gunnerod’ is entirely responsible for creating this legacy.

Family trees aside, this is a grounded cyclist who knows he has to give 100 per cent, but is equally aware that – unlike his girlfriend – his job does not save lives, and his cycling career is finite. Until that moment however, he won’t stop moving forward, and joining Avanti was a big step in the right direction, as was winning the National Time Trials Title this year. Even now it hasn’t quite sunk in, and Taylor’s not sure it will until he returns to defend the title early next year. All of a sudden he’s beaten the riders he’s always looked up to, and he never saw himself as that guy.

No – there’s little chance of this cyclist getting a big head anytime soon. On the contrary, on the infrequent occasion he makes mistakes, Avanti team founder Andrew Christie-Johnson will make him write it down. He now has a log book to which he refers every now and again. Once can’t help but think down the track it’ll probably make for quick reading.