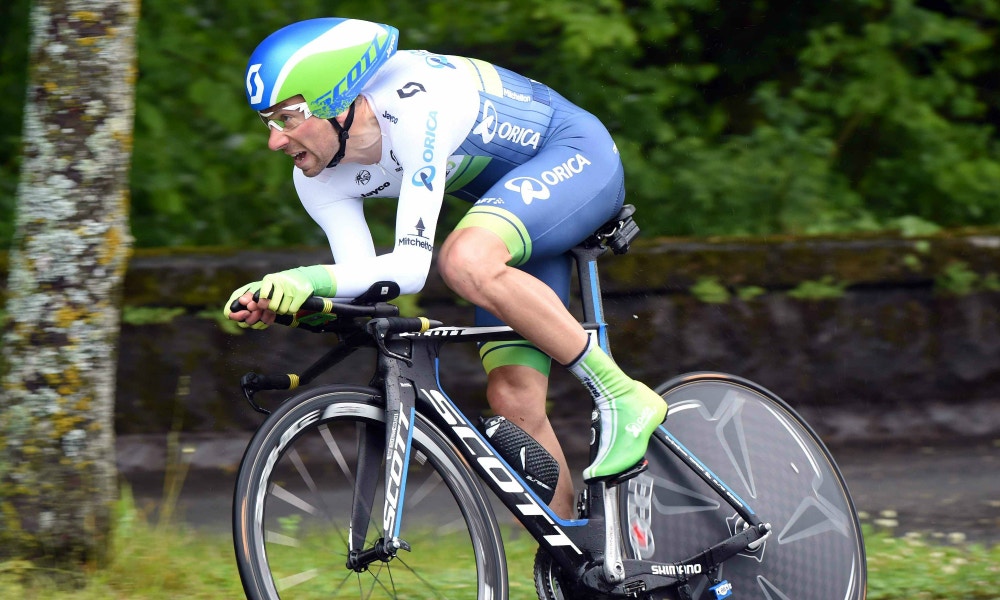 Lactic acid is bad. That burning sensation you get in your legs when you’re climbing a hill, or that slightly sick, acidy feeling in your stomach when you were hunting that Strava KOM? No-one likes lactic acid, it’s definitely the bad guy, right?

The role of the lactic acid system

Another great read from Dan - how to build your training base

The lactic acid system is good for when we need a lot of energy really quickly. It doesn’t use oxygen in the process, unlike the aerobic system. The aerobic system uses oxygen as a part of its process to release energy, and this makes it a slower process. It’s longer lasting, but not delivering as much energy; so this is what we use when we are doing those long rides through the hills, or meandering from coffee shop to coffee shop when the motivation is waning.

Unfortunately, the faster energy production of the lactic acid system comes with some nasty by-products, and these are the ones that make our legs burn, our stomachs churn, and slow us down, and in some cases result in us keeling over and swear never to touch a bike again.

So, in a nutshell, the aerobic system is a slow producer of energy that can maintain it for long periods, and the lactic acid system can produce larger amounts of energy, but for short periods. These aren’t the only two energy systems in the body, but this article is focusing on the relationship between the two.

Why should we be giving the lactic acid system a bit of respect?

Now, the lactic acid system will last for around 45-120 seconds if we are going flat out, or as long as a couple of minutes if the intensity is lower or sporadic. So, those of you involved in crits or road races lasting anywhere from 1-4 hrs may be wondering as to why they should be worrying at all about an energy system that will only last for a handful of minutes at best. That rider who just bridged the gap across to the breakaway, or split the group up a hill, or out-kicked everyone at the end of the road race? They’ve got a good lactic acid system. The dynamics of bike racing dictate that at moments during the race, you’re going to need to produce bursts of power above that which the aerobic system can supply. If you don’t have the speed to go with the attacks, you’re going to get left behind, no matter how good you’re aerobic system is.

This is where the lactic acid system comes in.

So, removal = good recovery, so you can produce again, more quickly. Hopefully, the importance and relationship between these two elements is becoming apparent to you, and how critical this is for the dynamics of bicycle racing. Being good at producing lactic acid means you’ll be able to create good speed, and being an effective remover means you’ll be able to produce again, more often, and for longer.

Unsurprisingly, the more the body is trained to do this, the better it gets.

So how do you train your body to be an effective producer and remover of lactic acid?

Here’s one of my favourite production/removal sets. For those of you training with powermeters, it’s a fairly easy session to get right if you know your rough threshold (i.e. the power you can hold for 40-60 minutes). If you don’t have power, you might have to play around with this a couple of times to get it right using your perceived exertion.

The session is broken up into 6 x 10 minute blocks, comprising 6 minute efforts, with 4 minutes of recovery in between, totalling 60 minutes all up. The ‘odd’ reps (1st, 3rd and 5th) are done as 30 seconds of hard effort, followed by 1:30 of heavy aerobic work, repeated three times. The idea here is that you are creating lactic acid during the 30 seconds of effort, and then remove it during the heavy aerobic work. When you do the ‘even’ efforts (2nd, 4th and 6th), the 30 second effort is even harder, almost maximal, while the 1:30 is easier, moderate aerobic work. I’ve written an example below around a theoretic threshold of 300 watts to give you a rough idea of how the session should flow.

It might take a few times for you to get the right ‘feel’ for the session, but once you know how hard you need to be going, it’s not too complicated. What you want to avoid is just going as hard as you can for 6 minutes at a time. That might be a hard session, but it’s not what we’re after. We’re after differing levels of lactic acid at different times, teaching your body how to produce and remove effectively, so make sure you’re hard efforts are much harder than your aerobic work.

Training specifically like this should have a positive effect on your racing, or at the very least, move you up the Strava leaderboard…

Get more great reads from Everything Bike here

Thanks to Graham Watson for the use of another of his sensational images.