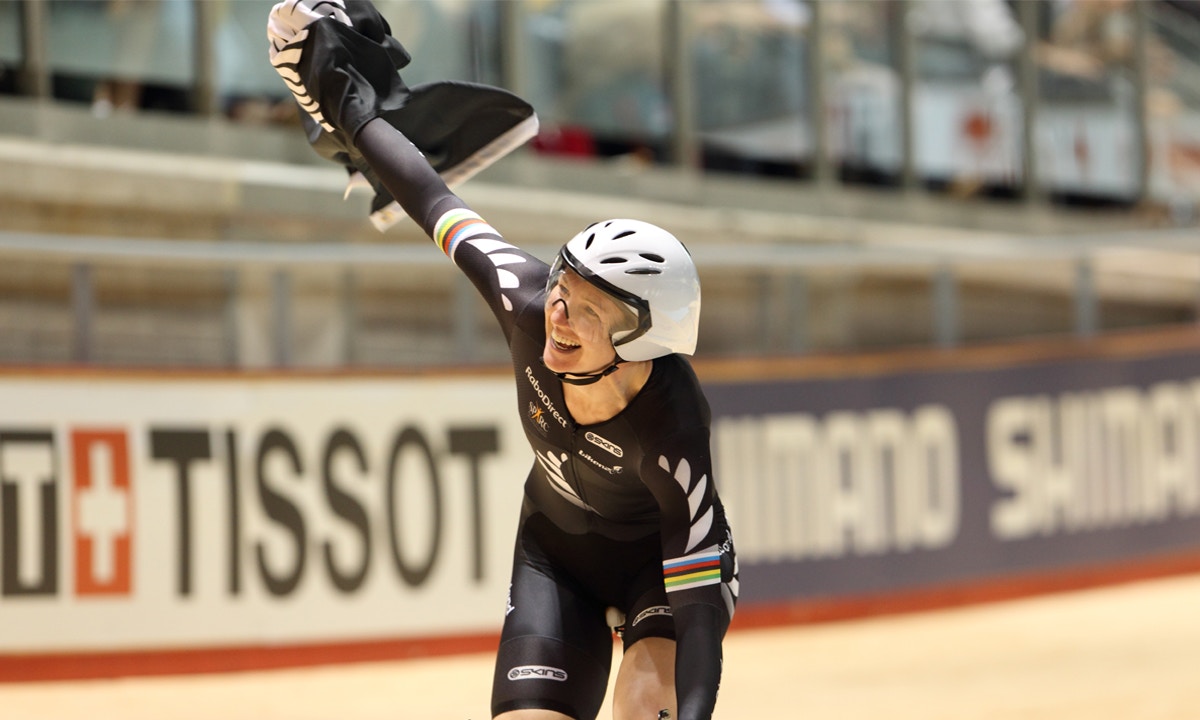 Late January this year one of NZ’s most successful pro cyclists, Ali Shanks, announced her retirement from the sport. We catch up with her for a chat…

For a netballer, Ali Shanks sure does make an awesome cyclist

It turns out frustrated netballers can make for mighty fine cyclists.

Take Alison (Ali) Shanks for example. Before she became a World Champion and Olympic Cyclist, Ali spent plenty of time on the bench. Coached by her mum and with enough talent to make it to the Otago Rebels, Ali nonetheless found herself off the court more than on it, and would finish a match venting her frustration on long rides. Those days on the bench gave Ali plenty of time to fester frustration, but also to find clarity. One thing became evident – she always wanted to be the best at something. She now just needed to find out what that was. Ali’s netball fitness trainer encouraged her to go out and smash it on the bike (hhmm….) and before she knew it, she’d turned into quite a tidy rider. Perhaps tidy might not be the best word – bunch rides with the boys would result in her receiving a generous dose of tips about etiquette and form.

In 2005 Ali found herself at the ripe old age of 23 and having just completed a double University degree. She received an awesome job offer that would enable her to put to good use her newly-acquired qualifications in marketing and nutrition. So she decided to become a professional cyclist.

We cut to the chase, but in reality it was somewhat of a tortured decision, and understandably so. Ali was at one of life’s major crossroads; to the left, a comfortable and no doubt successful, secure but sedentary career working up the corporate ladder; to the right, an opportunity to throw caution to the wind, give cycling 100 per cent and see just how far and fast it might make her and take her. In Ali’s words, the generosity of others got her through those first few years of life on the bike. Her former netball fitness trainer and now husband (hhmm…) Craig, her family, and locals in Otago got behind her and gave her every opportunity to catch the dream. Local bike retailers would give her gear or lend her equipment – they saw her potential and they wanted to help without expecting anything in return. Potential she had, and results she delivered.

World Champion in 2009 and 2012, 2010 Commonwealth Games Gold Medallist and a track-full of palmeres has made Ali Shanks one of NZ’s most successful professional cyclists ever; not too shabby at all for a netballer. The Melbourne World Championships in particular were a spine-tingler for Ali – her nearest and dearest had flown over to watch her race, along with thousands of other Kiwis. Noting a distinct lack of home-grown talent in the final, the majority crowd of Aussies realised the race came down to NZ v England. They made their choice known loud and clear – they got behind Ali and she had the closest feeling she’s ever experienced to a world race on home soil.

Ali has also played a pivotal role in the evolution of the Avanti women’s track racing frames. Following her race at the 2010 Delhi Commonwealth Games where she rode her sponsor’s first prototype, Avanti came to Ali requesting feedback and suggestions. Ali collaborated with Avanti to make the frame more aerodynamic, stiffer and refined and took the bike to the 2012 World Championships, which she won. That same year the NZ women’s team followed suite, taking the bike to the London 2012 Olympics.

But with the highs have come the lows – notably the removal of her signature event, the Individual Pursuit, from London 2012. It was a breathtaking blow for all the wrong reasons, and to this very day is something Ali suspects she will never quite overcome. Like all incredible athletes who push their bodies past boundaries that most human beings are never designed to entertain, let alone sustain, Ali has had her fair share of injury battles. A tear in her hip proved particularly painful for several years and resulted in keyhole surgery in 2013. Through their childhood and beyond, Ali’s dad would always say to his four kids ‘there is no such word as can’t’ – a mantra that has proven much relevance over the course of Ali’s incredible cycling career. But following the surgery, Ali realised the physical and mental battle she would have to push through the brutal training and prepare for Glasgow. She was no longer sure she could keep forcing through the pain day in, day out.

Another life crossroad was encountered, and earlier this year Ali announced her retirement from cycling. She’s now putting her uni degrees to good use, working with the marketing departments of her sponsors Avanti and Volkswagen and preparing to project manage the build of her and Craig’s new home.