WINNERS Of The ULTIMATE Tour De France Experience with Giant, Exodus and BikeExchange! 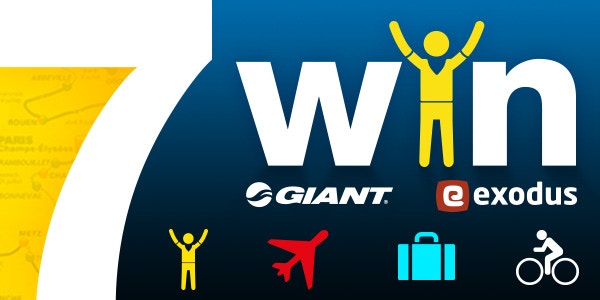 Giant Bikes, Exodus Travel and BikeExchange are celebrating the 100th edition of the Tour de France with an awesome competition. There is a massive prize pool to be won by 7 lucky winners. Each prize is valued at $11,000 and includes the following:

The 7 lucky winners of this massive prize are: