11 Signs to Spot a TDF Addict 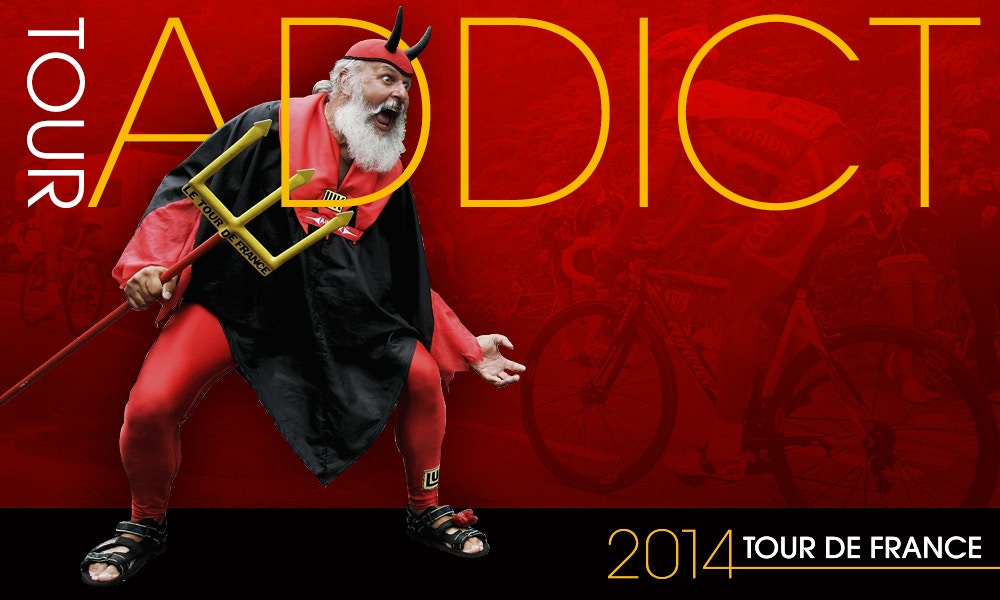 Know someone who might be suffering from a bit of TDFA (Tour de France Addiction)? Spot 11 signs here...

‘Sorry, I can’t remember you telling me to do that. I think I might have Tour brain’. Forgot to file that document? Forgot to pick up the dry-cleaning? Forgot to wake up in time for work?

That’s because they're not getting enough sleep. That’s because the most exciting race in the world is currently on and they're on the other side of the world, in an unforgiving and completely inappropriate time zone. How can they live normal Australian hours when the Tour starts in the evening and finishes in the wee hours of the morning? It’s too much to ask. 4/ They don’t watch the Tour from their couch. They watch it from their windtrainer.

This is so obvious it’s almost pointless mentioning it. They and their windtrainer are almost inseparable this time of year. Their absolute favourite thing to do at present is speed sessions to the highlights, and interval training to the full replay. This is living.

Sure, they’ve always followed Gerro, Nibali, Jensie and they’re secretly still watching what Lance has to say. But they’ve flooded their Facebook with a whole new bunch of page likes and their wall is in meltdown with information overload. See sign #6. But the behind-scenes pics are awesome and they’re pretty sure they’re the first one in the bunch to always like them.

6/ They may-have-possibly-perhaps acted in contravene to their work’s social media policy. Purportedly.

But they define this as an emergency. They MUST keep up to speed with the Tour. Besides – they’re only checking in towards the end of the day. When Europe starts waking up. For defence – refer to sign #2.

And it ain’t tracksuit pants. They’d be saturated after 5 minutes on the windtrainer. How does this manage to happen every year? They swear they love their bike; that it’s running perfectly fine. Besides it’s barely a year old and only just had its last freebie service at the bike shop – where it got a big all-a-ok. But then they see some of the new specs released just ahead of the Tour and they know. They. Must. Have. It. They place a call to the store (they're pretty much VIP there this time of year). They want it as soon as it arrives on Australian shores.

They’re starting to quite like Skodas they see on the road. They look hot with bike racks.

Or at the very least, they now start speaking with what seems like a pretty convincing French accent. Any chance to talk about domestiques, soigneurs, bidons, flamme rouges; they’re there.

Well – as the French say – chapeau to them.

Do you know anyone dealing with these symptoms?