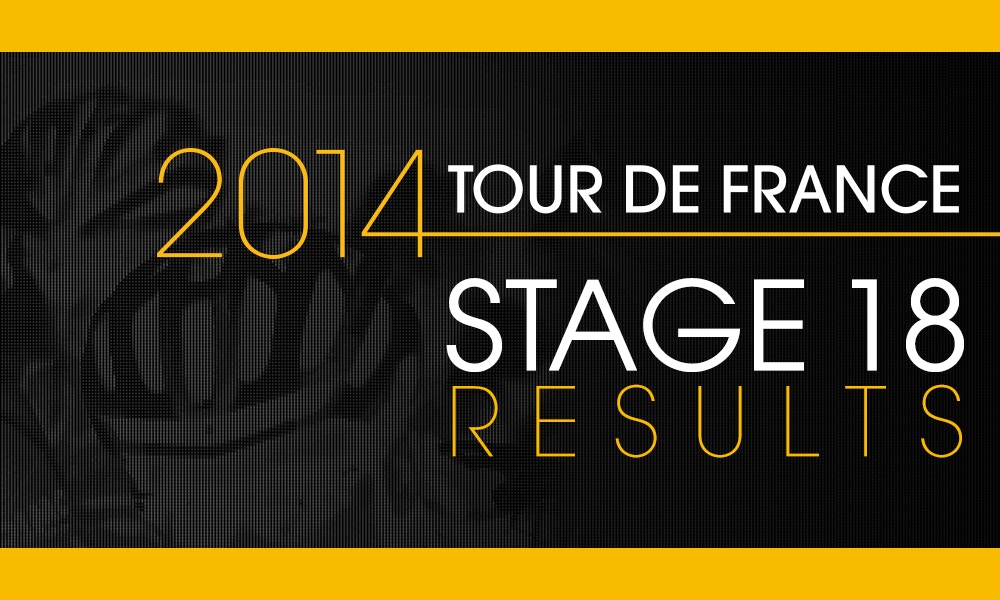 Is there anything stopping him? By the looks of today - nothing at all. Will you get a surprise when you see results from Stage 18? We don't think so...!

Familiar with the voice? Find out more about the man Phil Liggett

There is simply no stopping the Shark of the Straight, Nibali Vincenzo, as he surged up the final day of mountains into another Stage victory, and is now just days away from a very, very likely overall GC win.

The col du Tourmalet in the Pyrenees has been looming, but it proved no adversary for the Italian, who took a solo finish in Hautacam – his fourth Stage win so far – in just over four hours and four minutes. It wasn’t until a minute and ten later that Thibaut Pinot (FDJ) came over in second place.

The 24 year old Frenchman Pinot has spent much of this Tour in the white jersey, and today’s ride reiterated that he is indeed a new young gun to watch, and watch closely.

There is however, a veritable gulf of time – 7 minutes 10 – now lying between Nibali and Pinot. Yet the difference between third and fifth is a mere four seconds. So although it looks like yellow might now be cemented on Nibali, Sunday’s Individual Time Trial has all the potential to be a real game changer.

Get your Tour fix here