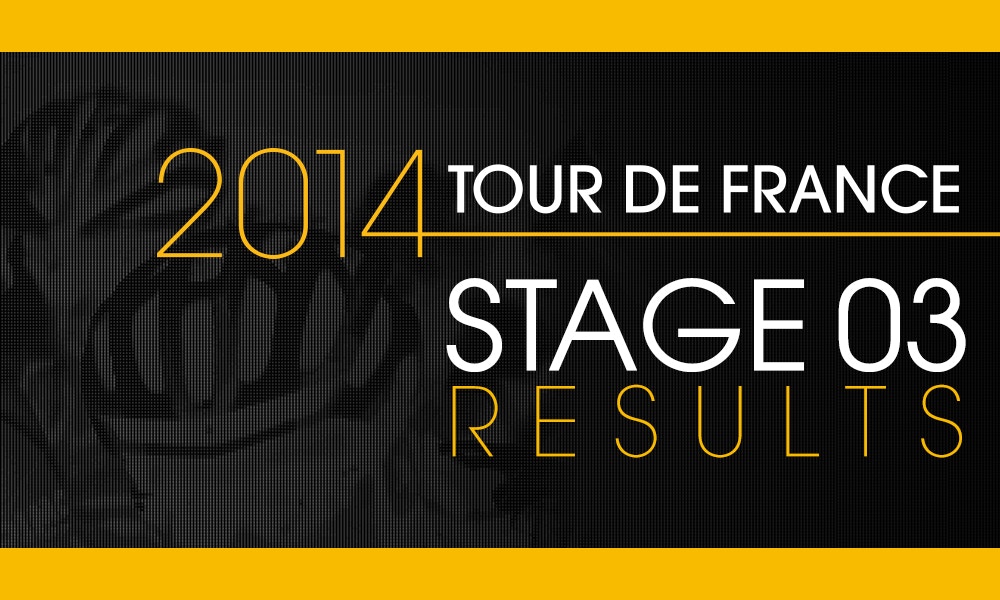 Buckingham Palace welcomed the amazing site of today's Tour de France peloton as it absolutely rocketed into London and surged for the finish line. It was an outstanding day of racing, with some impressive lead-out work from some Tour underdogs - but it just wasn't enough to keep Giant Shimano and their incredible leader Kittel from taking out another win.

Giant Shimano’s Marcel Kittel delivered what he believed to be one of his best sprints ever to take out today’s Stage 3 of the 2014 Tour de France.

The German and his team worked incredibly efficiently to stave off attacks from a Lotto-Belisol train, Mark Renshaw (Omega-Pharma – Quickstep) as well as green jersey Peter Sagan (Cannondale) who stayed on Kittel’s tail until the very end. Sagan took second and Australian Renshaw came in at third (the OPQ will be looking for good news in light of reports that Cavendish's shoulder injury could take quite some time to heal).

The win would have been a welcome relief for Kittel, who confessed that the wet roads of London and its surrounds had the peloton feeling really scared.

Find out more about Kittel

Slippery surfaces aside, today’s course was made for sprinters and the German powerhouse delivered. He was supported the entire time by his team, with a stand-out mention to China’s Ji Cheng (making history as his country’s first ever rider in the Tour de France), who took hard, long turns at the front of his team to not only support his leader, but to also claw back break-aways Jan Barta (NetApp) and Jean-Marie Bideau (Bretagne-Seche Environement).

The Barta-Bideau duo took the lead for much of today’s course, reaching a distance of up to 4.30 minutes between them and the peloton. Their time in front ebbed and flowed with the peloton showing restraint – happy to let them continue ahead until Giant Shimano and Lotto-Belisol started to reign them in closer to London.

Once again we saw spills today – one in particular involving Andy Schleck (Trek Factory Racing) who clipped an amateur photographer standing too far out on the riders’ path. It wasn’t the only fall – Jan Bakelants (Omega-Pharma – Quickstep) came off once and then a second time (the latter apparently the result of a random bidon), as did numerous other riders no doubt affected by the wet conditions.

Lampre Merida’s Sacha Modolo has withdrawn from the Tour as a result of a viral infection.

Today marks the end of the Tour de France’s time in Great Britain – from tomorrow the race returns to its home soil, and we can’t wait to see what’s in store for us all there!

Get a dose of more Tour de France action here