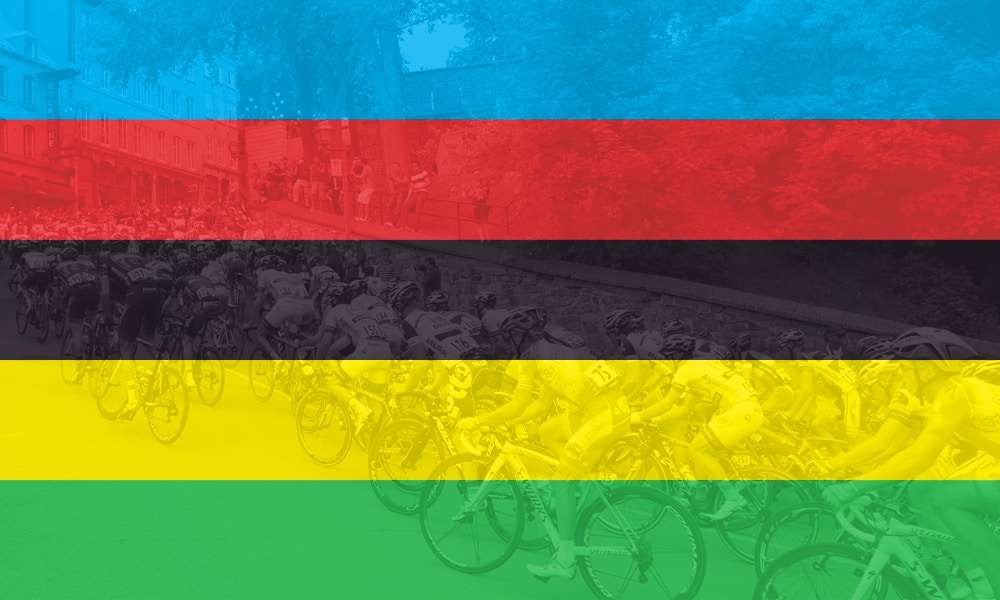 The 2014 UCI Road World Championships are set to begin this week in the city of Ponferrada, Spain. The city will host a variety of road cycling championship events, including individual time trials, road races and the newly included team time trial. The races will be contested in men’s, women’s, under-23 and junior categories, with the winner of each race being crowned the world champion – and being awarded the rainbow jersey. The world champions can then adorn the rainbow livery when racing in the same discipline, until the next year’s championships are held and won. Riders do not represent their trade teams at the world championships, rather their nations. New Zealand will field one of its strongest teams ever, with medal chances in several disciplines.

The teams for the world championships are selected on a country by country basis, with the national cycling federations selecting those who they want to represent their country. The number of riders a team is permitted to enter is based upon the individual results of the riders throughout the 2014 season. This is the reason why some teams such Australia will have 9 riders in the Elite Men’s Road Race, while New Zealand will have 3.

Bringing the week to a close is the Men’s Elite Road Race which is for many, the main event. This race can be considered somewhat of a marathon when it comes to cycling, with the finish line coming after 254.8km of racing. The course is tough, due to both its length, and the frequent climbing required.

The Australian national team has a number of cards to play… Current national champion Simon Gerrans is in top form, and likely to be one of Australia’s team leaders and a race favourite. Gerrans will race alongside former world champion Cadel Evans, who is also well suited to the course. Both Michael Matthews and Simon Clarke will play a crucial role in in the Australian team’s tactics, while also having the chance of contesting the finish should the race unfold into their hands.

Vuelta winner Alberto Contador (Spain) has opted out of the world championships, saying the course is not tough enough - whereas his rival Christopher Froome (UK) will contest the race. The course is best suited to a rider who has proven themselves in long races, and can sprint on short sharp climbs. This plays into the hands of Slovakia’s Peter Sagan, Switzerland’s Fabian Cancellara and the reigning champion Rui Costa (Portugal).

The Men’s Under-23 Road Race is always an impressive race to watch, as it showcases the stars of the future as they develop into professional riders. 20 year old Australian Caleb Ewan will tackle the course with winning on his mind. The young gun has proven himself time and time again, dominating the Under-23 circuit for the past few years. The course is well suited to him, as he can get over the climbs with the best and is almost unbeatable in a sprint. This is his final chance at Under-23 glory, as after the championships he begins a contract with Orica-Greenedge – making him ineligible for Under-23 racing.

In the 47.1km individual time trial, young gun Rohan Dennis will be the only rider flying the flag for Australia. Last year’s winner Tony Martin (Germany) is expected to duel it out for the win with four-time world champion Fabian Cancellara (Switzerland).

The Women’s Elite Road Race has been dominated in the past by superstar Marianne Vos, and in 2014 she is again considered the hot favourite. Top climber Tiffany Cromwell will lead the Australian squad after a very successful 2014, including a 4th place at the Commonwealth Games.

Unlike the rest of the races at the world championships, the team time trial is contested by the professional world tour teams, rather than national teams. Orica-Greenedge will be looking to take the win and better their Bronze in 2012 and Silver in 2013. Their main rival will be Omega Pharma-Quick Step who took the gold medal two years in a row and have the power of individual time trial world champion Tony Martin on their side.

All the bike advice you need in one place! Check it out