Find a bike shop Blog
‹ back
Home
Blog
Features
12 Weeks to Prepare for an Ironman?

12 Weeks to Prepare for an Ironman? 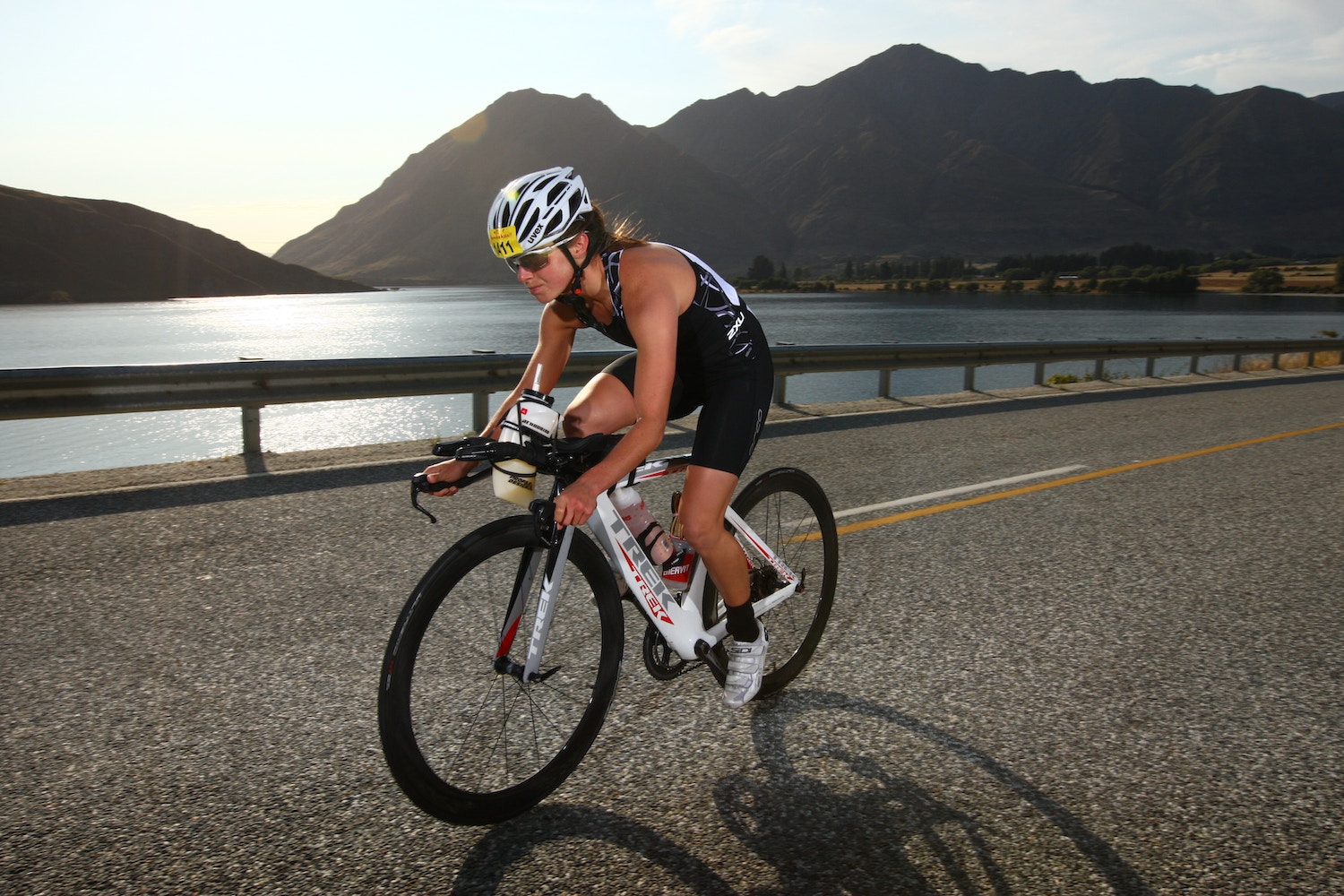 Twelve weeks to prepare for an Ironman? Pfft! We catch up with someone who is (surviving) proof it can be done…

3.8km swim, 180km ride, marathon run. Welcome to the world of the Ironman distance triathlon, considered by many to be the ultimate in endurance racing. This is the sort of event for which life as we know it is deferred. Forget parties, forget drink sessions, forget cheeky indulgences, forget sleeping in; training for an Ironman is anything from an eight to 12-month+ process.

Unless you’re Annabelle Bramwell, in which case you pull out of your pocket your very first Ironman race on three months of training. Twelve weeks. It doesn’t even allow time for a taper, let alone a peak period.

But ignorance is bliss and in Annabelle’s own words, she had no idea what she was in for. Born and bred in Christchurch, Annabelle (just turned 24) had been studying a double major in Marketing and International Business at Marshall University, West Virginia. Back in 2011 her dad, a seasoned Ironman triathlete, had realised his daughter would return home commitment-free by early 2012, so he thought he’d register her for the race.

Home she flew for Christmas, and into a whirlwind of training. A serious soccer player back in the States, Annabelle was super fit… Just not bike fit. She hadn’t done much swimming, either, but she was actually more nervous about the bike split than the splash. Already a strong runner and with one marathon under her belt, she decided (along with some guidance from her dad and his fellow Ironman training buddies) to keep the running kilometres fairly low and spend most of her time building up the bike.

She distinctly remembers her first 100km ride on her Cervelo P3. She finished the stretch and thought there was a) no way she could do another 80km on-top of that and b) no way she could then run a marathon after it. She was in for a big day…!

As it turned out, Annabelle smashed her first Ironman at Lake Taupo in 11:07, despite coming off the bike just a week out from race day and pulling up with some nasty wounds and bruising. What’s an Ironman start without an injury or several, though?

Not only that – Annabelle beat her dad over the line. And qualified for Kona. The dream that has most serious age-groupers aiming for year in, year out, and Annabelle nails it on her first go. Come Kona 2013 and things had changed considerably. She was now on a Trek Speed Concept and had a solid training base thanks in part to family friend and past Ironman Hawaii Champion, Kiwi Scott Molina. No surprises that it was an incredible experience, and she came over the line again in a super tidy 11:16. So what does one do after Kona? For Annabelle, it had all been about preparing for Kona; she didn’t really have plans after that. So she entered a 2XU competition back at home and, surprise-surprise, she won a place at Ironman Lake Taupo 2014.

Have we met the luckiest woman in triathlon?

Now she’s hooked. So hooked, in fact, that she’s looking down the barrel of a Kiwi winter knowing she will be spending a lot of it in the saddle. According to Annabelle, it’s on the bike where she has the most gain to make, and so she’s ready to put in the serious kilometres.

When she looks back on her first year of triathlon, Annabelle admits it was ‘quite a lot’. We can only wonder what it looks like when she really hits her straps…