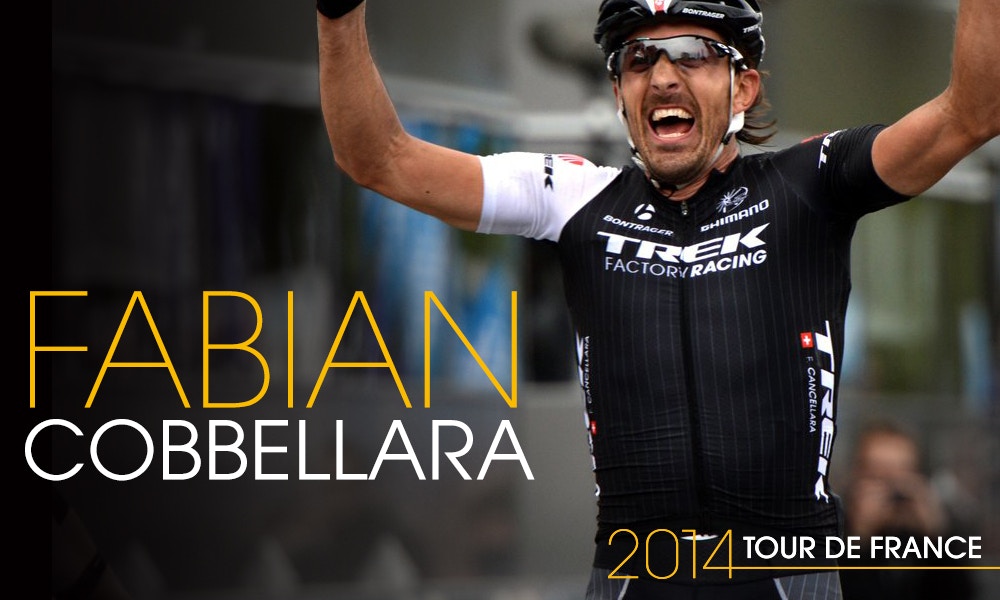 Swiss star Fabian Cancellara started riding at the age of 12 and has become one of the sport’s greatest, most accomplished modern-day time trialists and classic specialists. Having worn yellow at the Tour de France 28 times since 2004, he’s also made Swiss history.

Give this man some cobble stones

Cancellara and his team mates will be working to deliver leader Frank Schleck to as many victories as possible, particularly once the route starts to climb. But stage 5 is where Cancellara has a real chance of placing at the top of the podium, and he will perhaps be one of the few riders revelling at the startline. He’s won the Paris-Roubaix in 2010 and 2013, so he’s one of the crowd favourites for stage 5. Stage 20 – the individual time trial – will also be in his sights.

Read more about the infamous cobbles and Stage 5

Trek Domane 6-Series – but he’s the only member on the team to stick with Dura-Ace mechanical whilst the others move to Di2.

Paris-Roubaix and Tour of Flanders – 1st

Got the Tour bug? Get your fix here!