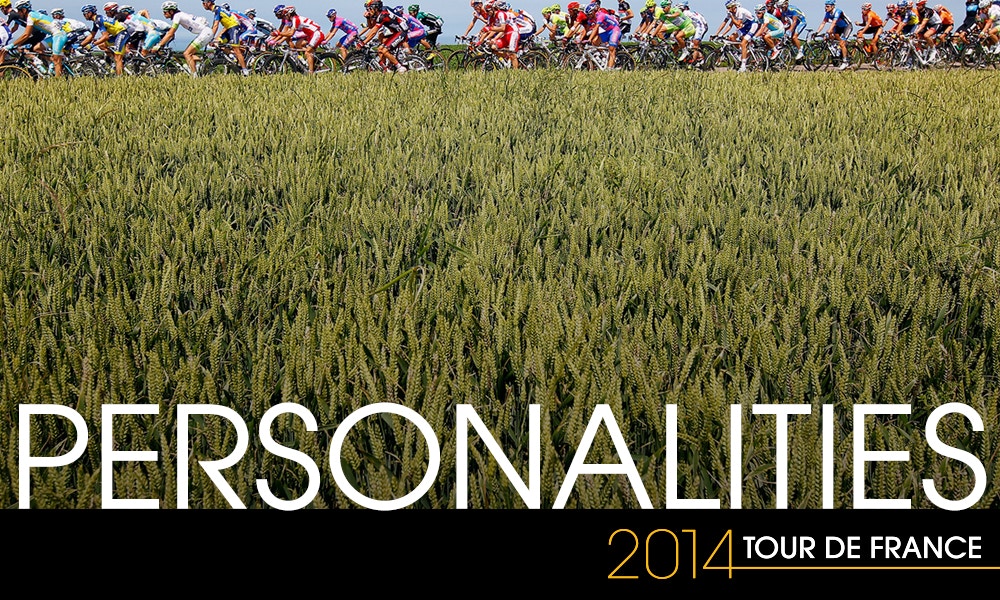 We know them as world-class cyclists, but what about their personalities?

Over the course of its history, the Tour de France has certainly had a share of memorable characters, for all manner of reasons. We check in with five of them...

Surely this man must go to top of the podium in our list of personality plus cyclists on the Tour? Forget standard kits, Mario has come to race in everything from zebra stripes, shimmering gold to muscle print onesies. Hardly any of them in accordance with race rules. He once even came to registration dressed as Caesar, his team mates as members of the Roman Empire, and reportedly a stripper named Cleopatra by his side. Now if that’s not character, we don’t know what is!

The lantern rouge was an honour that would go to the cyclist in last place. Despite this, it was a coveted title – it was hot property. So hot in fact that in 1979 and 1980 apparently Gerhard Schonbacher would stop to pee in order to assure himself winner of the lantern rouge. No sore loser here.

3/ Something sweet before the descent Spaniard Federico Martin Bahamontes, or the ‘Eagle of Toledo’ was apparently no fan of downhill, but he sure could fly up them (he was the first Spaniard to win the Tour). He was known for quite a temper and apparently once threw his bike down a ravine during the 1956 Tour. He also was known as the cyclist who on one occasion was insulted by a spectator. Instead of ignoring him, Bahamontes apparently stopped, grabbed his bike pump and chased after him.

In 1954 he was rumoured to put so much time into the peloton going up that he had an opportunity to stop for ice-cream at the top. Apparently Bahamontes said it was because he broke two spokes and had no choice but to stop.

Still – nothing like a sweet treat reward for making it up the mountain first.

Cycling great Bernard Hinault is often referred to as a man of great presence, someone who was daunted by very little and who aggressively focused on his goals. In 1985 Hinault won the Tour, but not without considerable help from Greg Lemond. Hinault promised the favour would be returned the following year. It was, but not without Hinault pushing Lemond and giving him a darn good run for his money – he’s reported to have made it hard so that Lemond knew he could win in adversity. Tough stuff! Jacques Anquetil was the first cyclist to win the Tour five times. However it's what he was doing away from the Tour that seems particularly intriguing. Anquetil married the wife of his GP and then had a child with her step-daughter. He actually lived with both women for over ten years. This scenario eventually gave way and Anquetil turned to his stepson's ex wife, with whom he had another child.

Italian Marco Pantani was pretty much the antithesis of his fellow countryman, Super Mario. A quiet and reserved character, Pantani nonetheless became known as ‘the Pirate’ for his penchant for wearing gold hooped earrings and colourful bandanas. Keeps the outfits interesting (although we do think a pirate is probably no match for a Roman Emperor…)