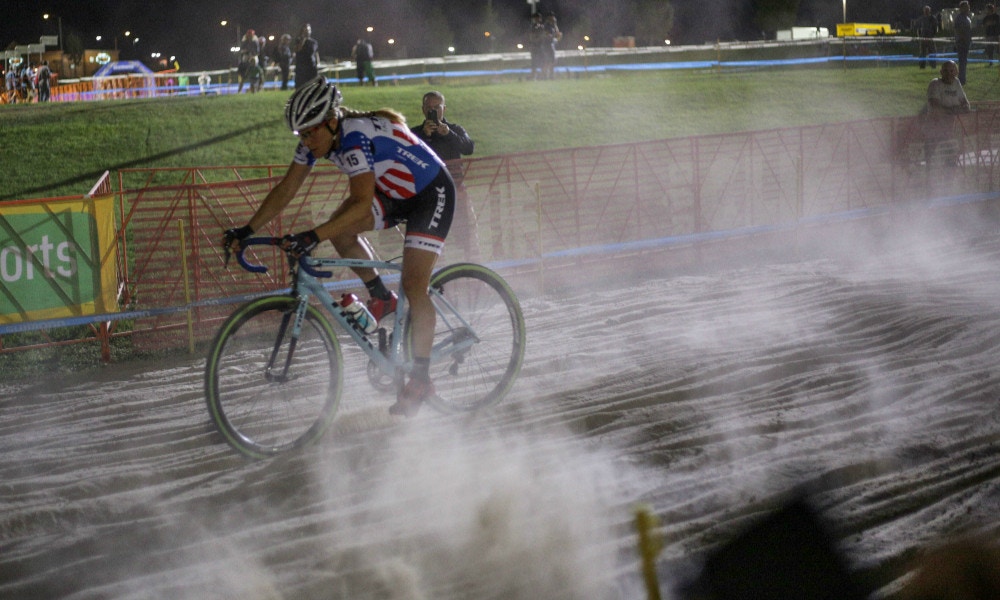 Cycling is not something you would normally associate with Las Vegas but on September 16 the biggest cyclocross race in America was run and won. CrossVegas has grown steadily since its first race in 2007 and thanks to being categorised as a World Cup race on the International Cyclocross calendar (one of only eight World Cup Cx races worldwide), it attracts a huge international field.

This year the race took place at the Desert Breeze Soccer Complex in Las Vegas, Nevada, just a stones throw away from the Vegas Strip. The perfect location for riders to either drown their sorrows or celebrate in style. In 2015 the men's race was taken out by Belgian Wout Van Aert and the women's by Czech Katerina Nash. A crowd of over 12,000 spectators came to the night time race to cheer on the riders. The course had a little bit of everything; long sand traps, custom built wooden bridges, tight corners and lots of speed.

This is what men's winner Van Aert thought of the course. "It seems like it’s a really course with a lot of obstacles, but it’s not at all easy. The ground is really heavy. It’s a power course. You have to be pushing hard on the pedals always.”

See also: The door to Cx with Penny Hosken The women's race was in stark contrast to the men's. A lead group of five riders battled it out until Katerina Nash made her move with one and a half laps to go. She would go on to hold on to a slender lead and cross the line 15 seconds ahead of Italian Eva Lechner.

After the win Nash said, “I never start to think about winning until I cross the finish line, but I got a gap and then I pushed it really hard and I was happy to see that nobody came back. I’ve been to every Cross Vegas except one, and it was special to win this one that’s the first world cup race in the USA.” There's no doubt the popularity of Cyclocross will continue to grow, so buy yourself a Cx bike, practice your skills and book a flight to Sin City in 2016.