The Five Moments That Changed the Tour de France Forever 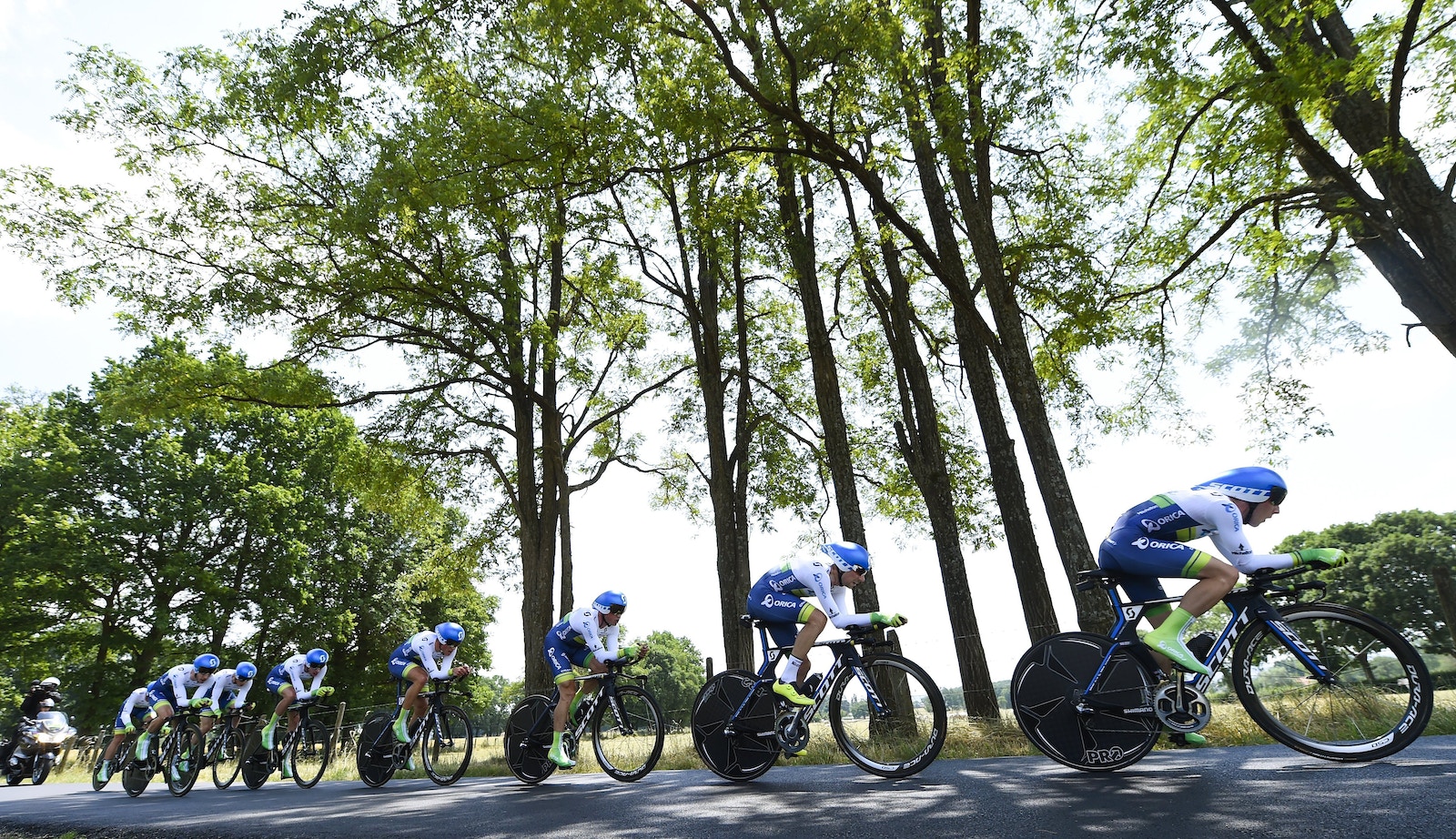 Cold days. Long nights. Races where you finish and can’t feel your hands or feet. And my favourite, Lorne bakery closed for an entire month while the bakers off and chasing the sun.

Yes, this is Tour de France time for many in the southern hemisphere. And while I got to enjoy a northern hemisphere viewing of the Tour last year, there really is nothing quite like balancing your desire to watch every stage versus boarding on being criminally fatigued throughout each following day. And while my five chosen advents that have changed Le Grande Boucle might do nothing to alter the sleep deprivation or temperature – they will help build the anticipation for the biggest race of the year.

Without further ado, here are my nominations for five moments that changed the Tour de France.

You don’t have to be that ‘old’ to recall a time when riders were not required to wear helmets. Mandatory helmet laws have been in place in Australia for decades.

However not even the death of Lance Armstrong’s team mate Fabio Casartelli, after a crash descending the Col de Porte d’ Aspet, was enough to make helmets in professional racing compulsory.

The UCI did try four years earlier at Paris-Nice, but were met with a strike from the riders in protest. It was only after a second death, Andrey Kivilev (ironically also at Paris-Nice) in 2003, where we saw professionals required to wear protective lids.

Since that time, development and refinement of the helmet has taken it from a solely protective piece of equipment, to one that can offer serious race-day advantages. In fact, their aerodynamic development is so advanced that even if helmets were optional you would need to have a completely bald head to even come close to matching the performance gains they offer.

The pity is it took the passing of two riders for this safety measure to be introduced. And that we no longer see riders rocking tres cool doffed caps during the stage.

On the flip side, the innovation that will be on show in both the road and time trial stages makes the evolution of the helmet truly a sight worthy of closer inspection.

On day one of my work for a local bicycle manufacturer, the first words from the head painter were “what was the best Tour in history? Know that your future rides on your reply.” Me

And while I’ll never claim to have watching it – or even have a remote interest in bike racing at that time – it is still arguably the best Tour de France in history. Certainly still the closest.

And one Greg LeMond would not have won if not for his adoption of what was, at the time, quite cutting edge technology.

LeMond was using both an aero TT helmet and time trial aero extensions. Specialized’s ‘Win Tunnel’ rates tri-bars to be worth 100 seconds over 40km versus riding in the drops. And given Laurent Fignon, the Maillot Jaune holder before the stage, raced the TT instead without a helmet and without TT extensions, it’s not hard to work out what helped LeMond pull back the 50 seconds he needed to take back the race lead and win the Tour de France.

Only Greg did not stop there. Power meters nowadays are commonplace. Spend five minutes at any race and you’ll hear someone discussing or mentioning power figures. It’s now accepted as being the most efficient and analytical tool to use in training and racing – only 27 years ago they were treated with the same scepticism any new technology encounters.

Only Greg LeMond did not see it that way. SRM (the first company to commercially produce power meters) state he was one of their first customers. Knowing what we do now it seems incredible that it would take more than two decades for the technology to become accepted and respected for what it offers.

But if you think Greg stopped there in leading the field you’re mistaken. He was also one of the first professionals to ride carbon fibre frames – which he later brought to the public in the form of LeMond Bicycles.

And even recently his LeMond Revolution direct drive trainer again revolutionised the world of indoor training (and noise pollution – man mine is loud!).

It is for all these reasons that Mr LeMond gets a category all to himself. And if you have the time on one of the Tour’s rest days have a watch of that 1989 stage 21 time trial. Even his position was decades ahead of its time. 1994, that was the last year a steel bicycle was ridden to victory in the Tour de France. Few things on a bicycle are as easily quantified as weight and by the mid 90’s one thing was clear – steel bicycle frames were heavy.

Enter aluminium. Not anywhere near as well made as present day frames, the aluminium of the 1990s was certainly light. But it cracked. And for the most part didn’t ride as nicely as steel.

It was then, coupled with a rising Texan star, that carbon fibre truly started to take over the professional peloton. Lance Armstrong was the first Tour de France winner (1999) to ride a carbon fibre frame on every stage of the Tour de France. The seat post, stem and handlebars were still alloy – but that soon became carbon as well.

Plummeting bicycle weights promoted the UCI in 2000 to introduce (the still current) weight limit of 6.8kg. This kept the industry in somewhat of a holding pattern until Cervelo and Zipp came along.

Teaming up with Team CSC, they showed what was possible when combining carbon fibre and aerodynamic design. You might be able to guess how these designs were initially received – especially when it came to convincing riders that carbon fibre wheels were both stronger and faster over the cobbles of Flanders and Roubaix.

But thanks largely to the success of CSC (in particular one Fabian Cancellara) the persistence of developers and the growing body of evidence, the battle now is to spot any component on a professional’s bike that is either metal or not somewhat tuned with aerodynamics in mind. The quest for lightness brought us to carbon fibre – carbon fibre brought us more than a lighter bike.

It’s as tagline that will be forever associated with the Tour de France. Dave Brailsford is the man behind the saying and his hypothesis was that “if you improved every area related to cycling by just 1 percent, then those small gains would add up to remarkable improvement”.

Everything was covered. From riders having the same pillow and mattress – to sleep on after each stage, to strict and tailored nutrition pre, post and during the stage – to cutting edge clothing and equipment development.

No stone was left unturned – including power. If Greg LeMond pioneered power meters, Sky wrote the book on how to use them.

In the 2012 Tour the team massed at the front of the peloton. Ensuring the pace up the climbs was so high that any ‘pure’ climbers could not get far in front. Even if they did, they had the data to say the effort was unsustainable.

Sure enough, their scientific approach to racing destroyed the competition and won Bradley Wiggins the Maillot Jaune. Followed the year after by Chris Froome.

And while it may not have won some of the fans over with the lack of flair, there has to be a measure of respect given to the manner in which they dissected a race so well that riders have since been poached from the team in an attempt to get a grasp of how deep Sky’s knowledge goes.

If cycling is ever going to become more of a mainstream sport in Australia and the world, it’s not off the back of more shots of the stunning French countryside. That sells itself and is already a large part of why the Tour de France is the largest annual sporting event in the world.

In a point that is constantly evolving and a present bone of contention between the UCI and the Tour organiser the ASO, audiences have still managed to grow due to the advent of technology within and outside of the sport.

The internet and social media brought with it a level of ‘connection’ never before seen. Unlike other sports like football, the length of the Tour stages and the race itself leaves more time and a greater importance on the creation and development of the race’s narrative.

The 2012 Brad Wiggins/Chris Froome leadership battle may have paled in comparison to Greg LeMond and Bernard Hinault’s fight of 1986, but it was made so much more dramatic with the inclusion of broadcast mediums such as Twitter.

Riders can now speak their mind pre-stage, openly and without requiring a journalist to get it to print.

All of this is taking the Tour de France from a live daily postcard to one where you can both admire the spectacle but also dig deeper to see what is really happening with the athletes. F1 has the analytics, but not the scenery. Football has the mass audiences, but not the real time player data.

The Tour de France has gotten itself to the point where it has all it needs at its fingertips – the final step is pulling it all off and showing the world what a sport cycling truly is.