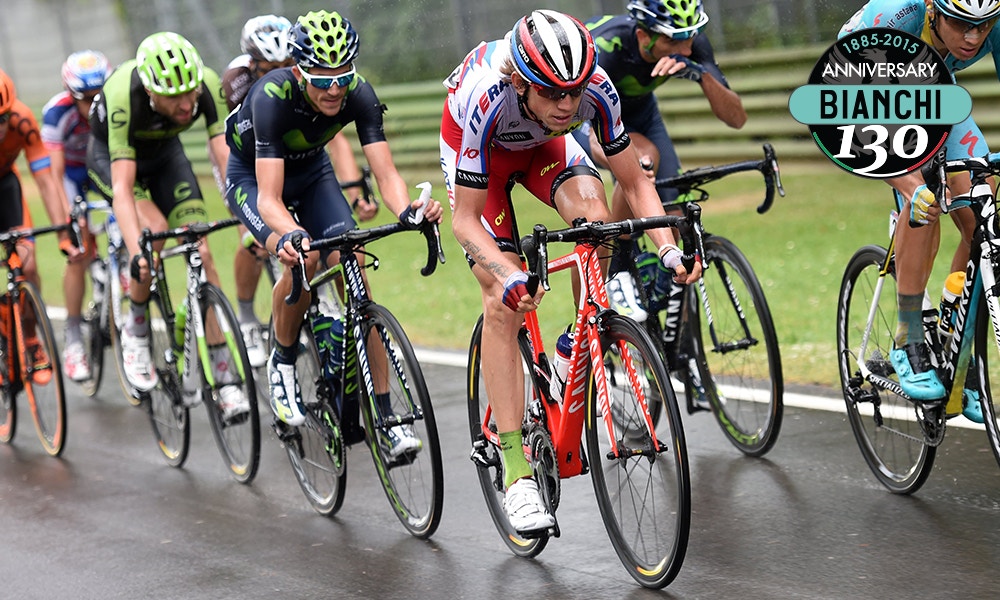 The stage 11 profile was going to test the weary legs of the peloton. A relatively short 153km, but with nine climbs in all to contend with, this would certainly be a day for the breakaway. Wet weather greeted the riders, which would have made the GC contenders very nervous.

After his mechanical and time penalty yesterday Richie Porte of Sky started in 12th position, 3:09 down on Alberto Contador, but still with his sights firmly set on attaining the maglia rosa.

The first points up for grabs on stage 11 came very early on, Giacomo Nizzolo of Trek Factory Racing winning the first intermediate sprint.

Shortly after that a sizeable breakaway group was established consisting of Ryder Hesjedal of Cannondale-Garmin, Steven Kruijswijk of LottoNL-Jumbo, Diego Rosa of Astana, Carlos Betancur and Matteo Montaguti of Ag2r-La Mondiale, Benat Intxausti and Ruben Fernandez of Movistar, Ilnur Zakarin of Katusha, Franco Pellizotti of Androni Giocattoli and Marek Rutkiewicz of CCC Sprandi.

This group would take the rest of the points on offer today.

Benaut Intxausti won the first KOM competition of the day. Carlos Betancur narrowly edged out Intxausti on the second KOM competition, but it would give the Movistar rider enough points to finish the day in the overall lead of the King of the Mountains competition.

Diego Rosa took out the second intermediate sprint of the day as the breakaway was approaching their first of four ascents up the Tre Monti climb.

The breakaway group were being kept on a very short leash, only gaining a one minute advantage after the first climb up Tre Monti. Sensing the danger several riders jumped from the breakaway in a move of defiance.

On the second last climb of the day Ilnur Zakarin attacked and quickly gapped the remaining breakaway riders. Fresh off an overall victory in the Tour of Romandie, the Katusha rider was now solo and putting in a huge effort to stay away and hold on for the stage victory.

Try as they might, the breakaway group could not bridge the gap to Zakarin, who crossed the finish line almost a minute ahead of Carlos Betancur in second and Franco Pellizotti in third.

The peloton came in just over one minute behind Zakarin, clearly showing fatigue from the hectic first few stages of the tour. Stages 12 and 13 look much more manageable for the peloton and will be a welcome change of profile ahead of the stage 14 time trial.

Thanks to Graham Watson for his image.