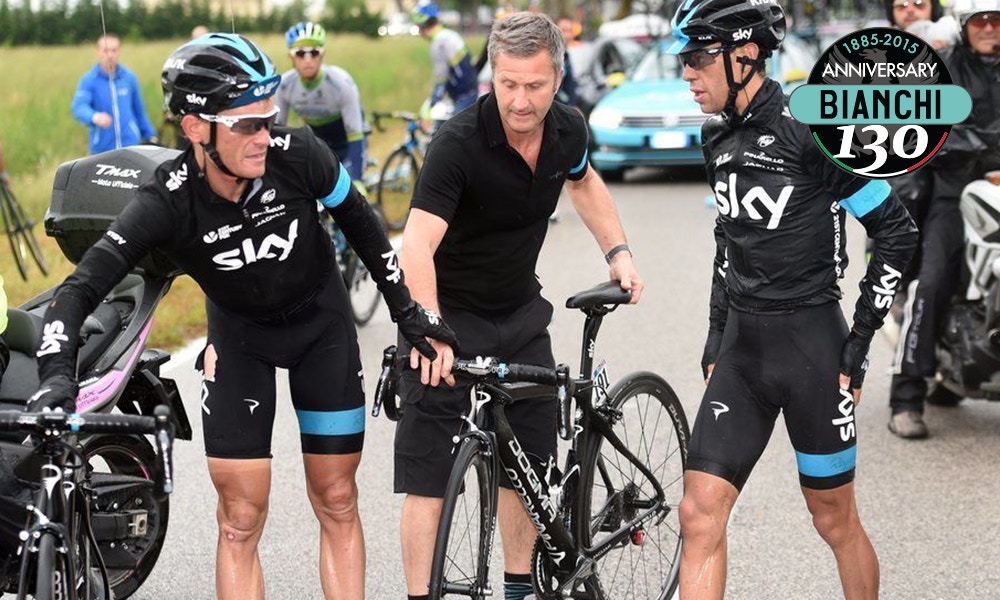 Originally considered a relatively short and hopefully innocuous day, today's stage 13 has in fact played into superstitions and delivered plenty of upsets, with Astana's Fabio Aru taking over the long-standing GC lead of Tinkoff-Saxo's Alberto Contador.

But it was a day that home-grown hero, Lampre-Merida's Sasha Modolo, won't be forgetting any time soon - team mate Max Richeze giving him the perfect lead-out to take finishing honours in front of adoring family, friends and fans.

Just outside three kilometres of the finishing line and it was a very different story for several of the GC contenders. A crash in the wet conditions saw Contador go down, and with him hopes of retaining the pink jersey, which now goes to Fabio Aru, the first Sardinian to wear the coveted colour.

The location of the crash (caused by riders clipping wheels) spelled truly bad luck for Contador - had it happened inside three kilometres of the end he would have been protected by a rule that enables riders to retain their time if hindered by a crash or bike mechanical. Small fortunes however, saw nearby team mate Matteo Tosatto hand over his bike, enabling Contador - who later confirmed he'd done no further injury to his shoulder - to complete the remaining kilometres.

Yet Contador's misfortunes pale in comparison to fellow GC contender, Aussie Richie Porte. He too was involved in the spill, but also suffered a puncture and penalty earlier in the day and has slipped down to 17th in the GC leaderboard, all but cancelling out any hopes he still held for the pink jersey.

Aru now leads by 19 seconds ahead of tomorrow's individual Time Trial which, given the continued wet weather forecast, is set to be an especially tough day in the saddle for riders.

Thanks again to Graham Watson for his image.

Haven't caught all the Giro news? Get yourself up to speed and find plenty more great reads and videos here