Landa Brings it Home Twice in a Row 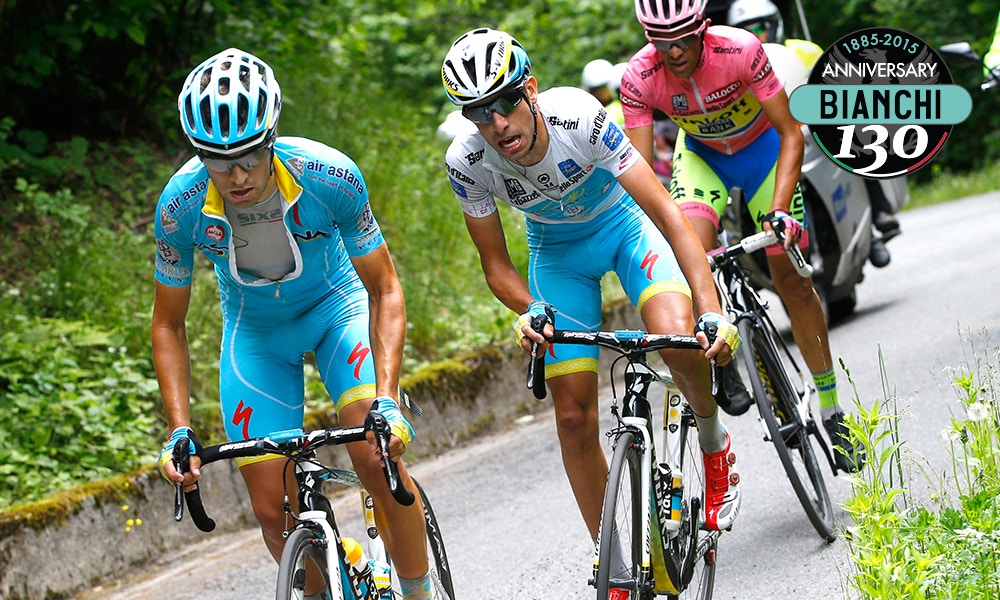 Rest days can be a real mixed bag for riders on a Grand Tour; they either come out charging or broken on the stage following brief time-out. From our understanding many riders opt to ride three or four hours on these “rest days” just to keep their body in the swing of things.

For one rider in particular the rest day did only good things. A bold finish for Astana's Mikel Landa ensured back-to-back stage wins and escalated him into second position on the General Classification behind Tinkoff-Saxo's Alberto Contador, who now leads by 4:02.

Many were labelling this stage as crucial for those in the hunt for the pink jersey. It did not disappoint.

The fight for pink has really gone up a gear.

Contador punctured on the descent of the Aprica, and it was all on. Katusha with some assistance by Astana saw the opportunity and drove the pace, opening up a minute over Contador. After a near solo chase Contador was able to bridge back to the leading group containing Landa, Aru and Kruijswijk.

Returning to the main group was not enough for Contador; he immediately attached to the leading trio, sending Aru off the back to make his own way to the finish. It only got worse for Aru who suffered with a technical issue on the following decent similar to Contador did on the descent of Aprica. How the tables had turned.

Contador, Landa, and Kruijswijk, stayed together until 4.3km to go, where Kruijswijk rolled the dice with an all-out attack. Landa was quick to respond pulling Kruijswijk back and ultimately launching his winning attack. This win made Landa the first to take two stages at this year’s edition of the Giro.