Modolo Does It Again For Lampre-Merida 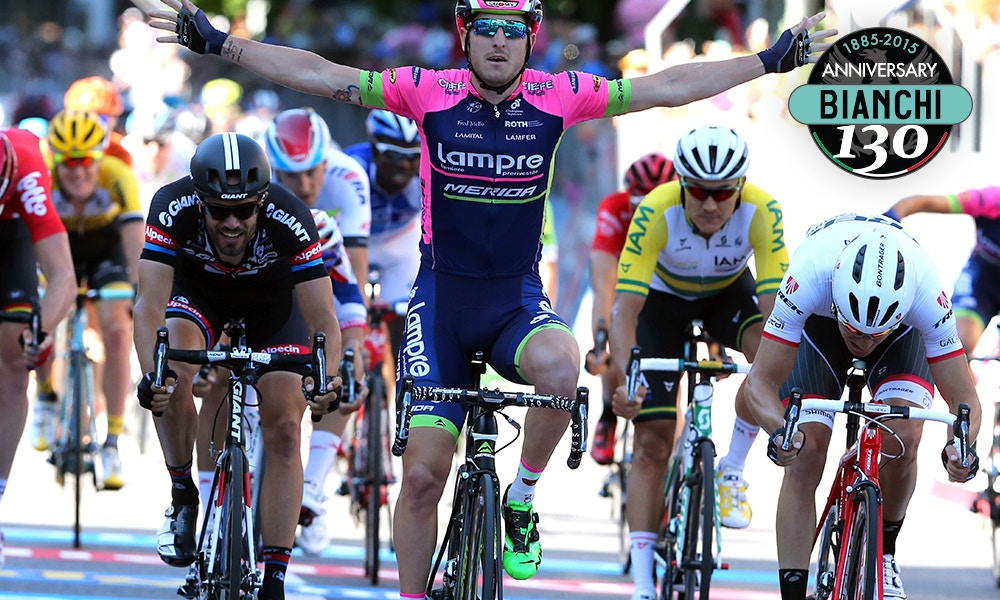 The peloton left the mountains and returned to the flat lands for Stage 17, where GC contenders called a ceasefire after almost a week of frenetic racing and monumental battles.

Today was certainly a day for the sprinters and the big teams were not going to leave the finish to chance.

A small breakaway formed but was never more then two minutes clear. Three of its members made a break of their own with 25km left in the stage in a final attempt for the win. This group consisted of Patrick Gretsch of Ag2r La Mondiale, Adam Hansen of Lotto-Soudal and Darwin Atapuma of BMC, but they could not extend their advantage any further.

This led to Hansen deciding to leave Gretsch and Atapuma and soloing for as long as he could. Try as he might, this day would come down to a bunch sprint. Hansen was able to hold a gap of about 20 seconds, but with 10km to go he was swallowed up.

From there the sprint trains took over. Lampre-Merida were at the head of affairs. Buoyed by their win on stage 13, had the confidence to deliver their man Sacha Modolo to the finish. A perfect leadout had Modolo in pole position, and he did not let the team down. Holding off challenges from Giacomo Nizzolo of Trek Factory Racing and Luka Mezgac, Modolo crossed for his second stage win of this year's Giro.

Tomorrow sees a return to the mountains, the category one climb of Monte Ologno sure to re-ignite the race for pink.