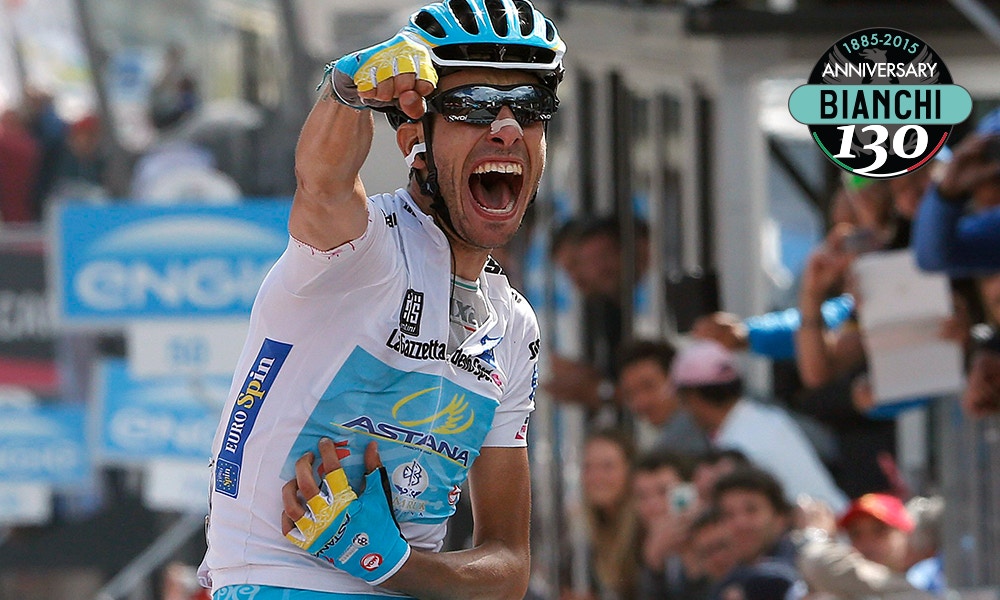 Italian rider Fabio Aru has restored order with a win in stage 19's Giro d'Italia, returning him to second on the GC leaderboard ahead of his Astana team mate Mikel Landa. But both still trail behind Tinkoff-Saxo, whose margin has increased by 35 seconds, placing him 4:37 in front of Aru.

The Giro got you craving a riding holiday? Check in at Destination Bike to see what adventures we've been having in Victoria's High Country

It was a tough day in the saddle for riders who had to battle the challenging trinity of another long-distance stage, almost 5,000m elevation (parts reaching 12 percent) and - to top it all off - a head wind on climbing.

But strong riding once again from the whole Astana team and an attack from Aru in the final climb saw him seize victory ahead of Cannondale-Garmin's Ryder Hesjedal and Etixx-QuickStep's Rigoberto Uran.

With only two stages to go Contador is looking likely to be the man in pink once the peloton arrives in Milano.

Missed much of the Giro? Catch up here and get plenty of other sensational videos and reads as well

Thanks again to Graham Watson for another great image!