Contador's Pink Under Threat During Climb, and Podium Groundhog Day 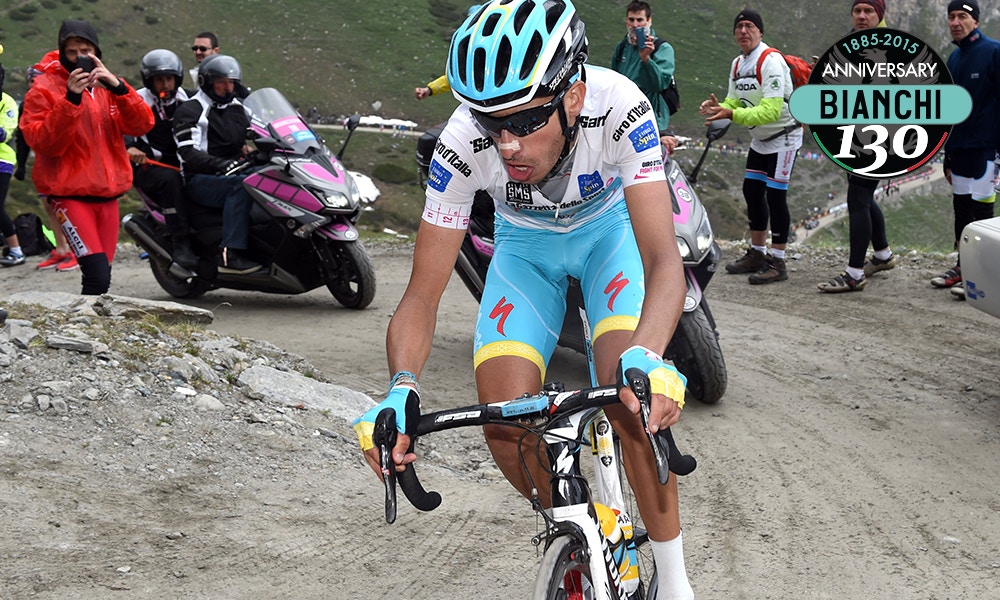 Landa surged ahead from the pack to chase down the only remaining breakaway rider, Katusha's Ilnur Zakarin. Aru soon followed and Contador was unable to keep pace, eventually reaching the peak one minute behind Landa. He soon however, made up this distance on the descent and coming into the final climb.

Aru in the meantime reached his team mate and Zakarin, and it was Landa who set the pace for his leader. Aru launched his attack near the finish line, the other riders unable to stick to his wheel.

Caught the bike holiday bug after three weeks of watching the Giro? Start closer to home and check out where our Destination Bike team headed

The win delivers a back-to-back Giro d'Italia stage victory for Aru, and an impressive five wins for Astana overall. It also saw him shave considerable time off Contador's overall 4:37 lead, which now sits at 2:02.

The diminishing lead didn't stop Contador crossing the line pumping his fist. With a fast and flat 185km into Milan tomorrow, the Pistol's GC victory appears all but a foregone conclusion.

Need to catch up on the Giro? Keen for other great reads and videos? Check out Everything Bike

Thanks again to Graham Watson for another great image!