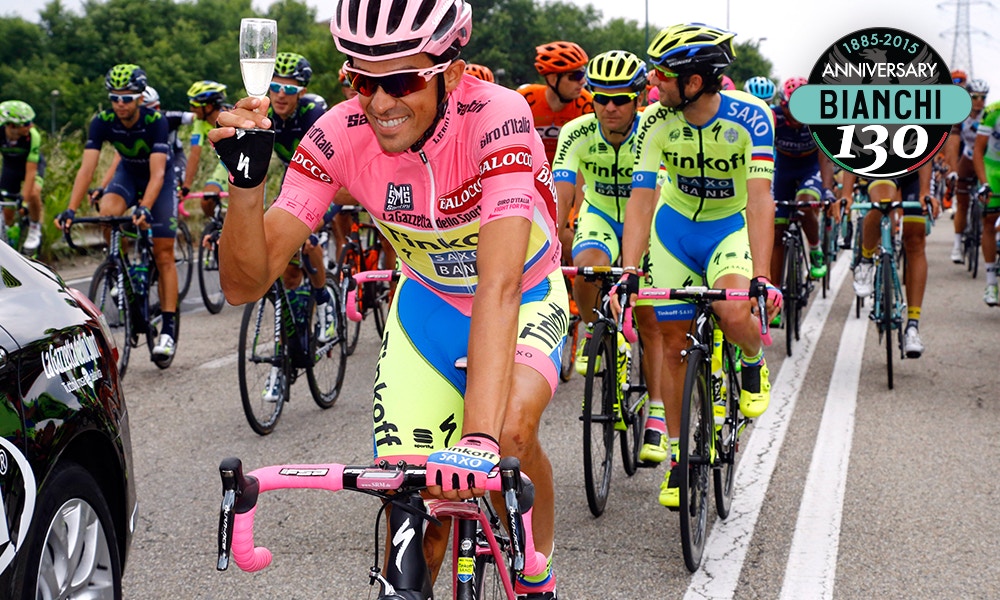 Caught the bike holiday bug after three weeks of watching the Giro? Start local and check out where our Destination Bike team headed

The race started as a leisurely pace and didn't pick up until the peloton entered Milan.

With 30km to go Ettix-QuickStep rider Iljo Keisse instigated a breakaway, which was quickly followed by Luke Durbridge of Orica-GreenEDGE. As it turned out this was to be the winning move of the day.

Timing is everything in cycling, and unfortunately many of the sprinters punctured shortly after the decisive move was made. This made for a very hard chase; through the tight streets of Milan the peloton was always going to be up against it.

Keisee and Durbridge were very strong and riding exceptionally well together until the final kilometre when the games began. The two toyed with each other trying to gain an advantage, but it just served to bring the peloton closer and closer.

Durbridge ended up leading Keisse into the final 200m, at which point the Belgian rider jumped and went on to take the stage victory from Durbridge. The peloton came in only nine seconds later.

Alberto Contador celebrated a dominating three weeks of racing, only showing signs of fatigue once the race was won.

Astana's consistent display of power throughout the whole Giro did not go unrewarded, with the Kazakhstan owned group winning the team's competition. Their riders Fabio Aru and Mikel Landa finished second and third respectively on the GC podium, team leader Aru also taking out the Best Young Rider jersey.

Giovanni Visconti of Movistar won the KOM jersey, although the honours almost fell to Landa, who trailed Visconti by only three points.

Giacomo Nizzolo was a convincing winner of the Sprinter's jersey, no doubt very happy to take the title on home soil.

That brings to a close the 98th edition of the Giro d'Italia, and all eyes now move to Paris in July to see if Contador can do the triple.

Need to catch up on the Giro? Keen for other great reads and videos? Check out Everything Bike

Thanks again to Graham Watson for his terrific images throughout this Giro.