The Breakaway Succeeds and Orica-GreenEDGE Share the Pink Again. 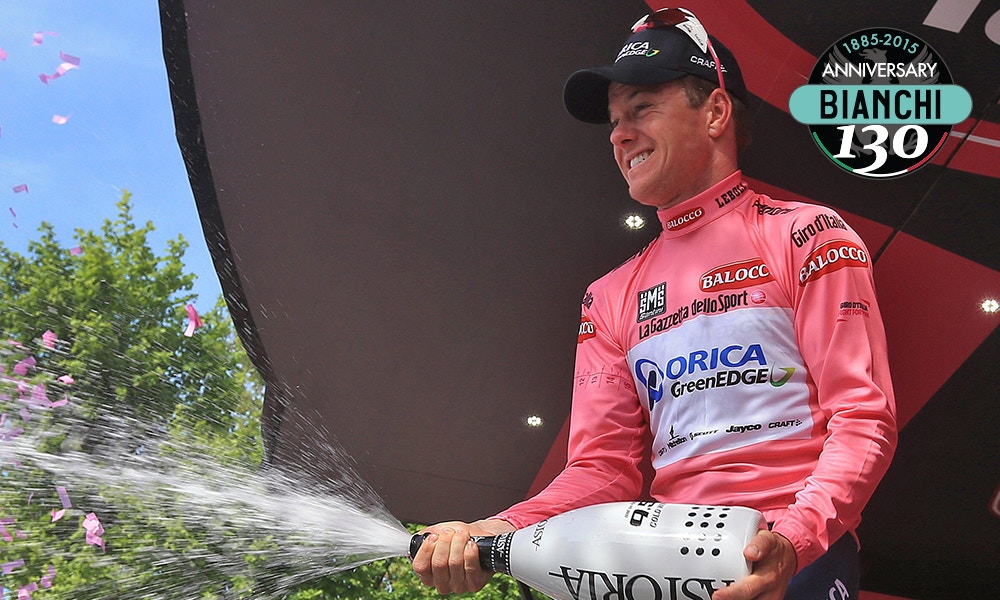 Stage 4 of the Giro d’Italia represented a change in terrain as the profile became much lumpier, giving riders an insight of what’s to come in this year’s race. The stage was made up of the three category 3 climbs as well as many other non-categorised risers.

A similar story to yesterday played out with a huge group of over 20 riders going up the road to form the days breakaway. Having this many riders in the front group meant the days competitions were hotly contested.

The first climb of the day went to Edoardo Zardini of Bardiani CSF.

The first sprint went to Amael Moinard of BMC and the second to Sonny Colbrelli, who followed up his Bardiani CSF’s teammate’s good work earlier in the day.

The final two climbs were taken out by the strongest rider in the breakaway and eventual winner of the stage, Davide Formolo of Cannondale-Garmin.

Davide Formolo made his decisive move on the foothills of the final climb, earning himself a minute advantage at the top, which was enough for him to stay clear of the small group of remaining riders.

The peloton at one stage let the gap get out to around 10 minutes, and despite Astana doing a huge amount of work to bring the gap back, it wasn’t quite enough. Their strong display was too much for many GC contenders, dropping riders like Rigoberto Uran and Ryder Hesjedal.

A small group of 12 riders were left to contest for second on the day. Simon Clarke of Orica-GreenEDGE rode a special race, having been dropped at the top of the final climb, he managed to ride himself back onto the group and launch for the line with 150m to go, taking second place and earning the Maglia Rosa.

That makes it the third Orica-GreenEDGE rider to wear the jersey in only the fourth stage of the race. An incredible team effort.

Tomorrow sees the first hilltop finish of the Giro on the category 2 Abetone, we look forward to another exciting finish.

Thanks again to Graham Watson for another winning image.