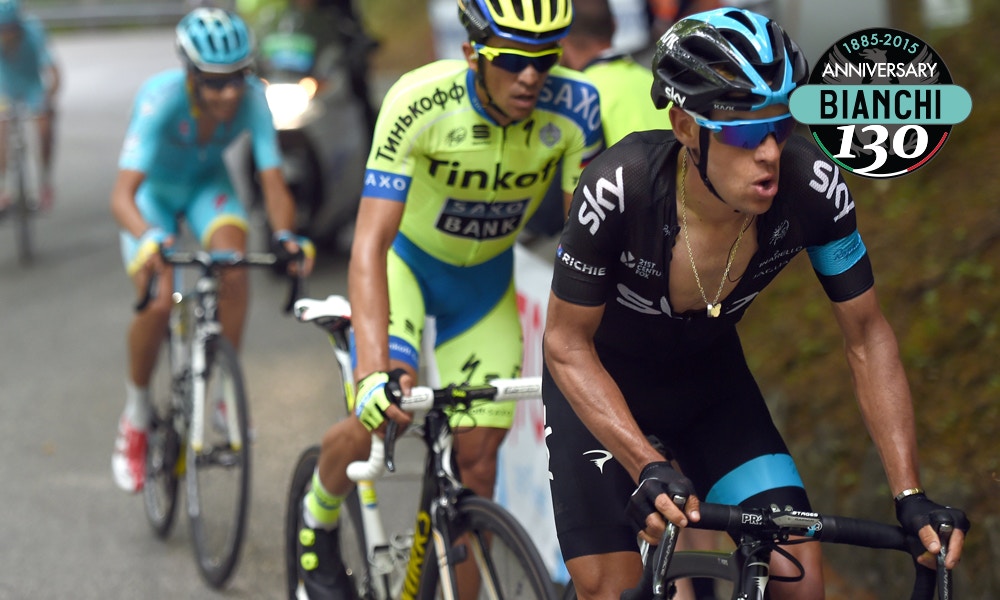 Stage 5 of the Giro d’Italia saw the peloton move away from the coast towards the ski resort town of Abetone. This stage marked the first hill top finish of this year’s race and would see a sorting out of the favourites.

A breakaway group of five established themselves after a number of unsuccessful attempts. The gap back to the main group grew slowly and by the half-way point it had reached almost 11 minutes.

As the breakaway group approached the final climb, the time gap began to plummet with Tinkoff-Saxo and Astana forcing the pace. These two teams have clearly come to the Giro with good form and strong motivation.

The breakaway group of five was quickly whittled down to three with Serghei Tvetvoc and Axel Domont losing touch early in the climb. The remaining three riders all launched attacks but it was Jan Polanc of Lampre-Merida that landed the killer blow. He distanced Sylvain Chavanel of IAM Cycling and Silvan Dillier of BMC to the tune of one minute with only a couple of kilometres to go.

Back in the main group Alberto Contador of Tinkoff-Saxo launched a withering attack that only Fabio Aru of Astana and Richie Porte of Team SKY could follow. These three would trade blows all the way to the finish line and separate themselves from the other GC favourites and the maglia rosa.

Jan Polanc crossed 1:31 in front of the quartet of Chavanel, Contador, Aru and Porte. Sylvain Chavanel was brave and held on for second, Fabio Aru having enough to sprint to third.

A huge shake up to the overall standings sees Alberto Contador in pink, closely followed by Fabio Aru and Richie Porte. There is still plenty to be played out in this year’s Giro d’Italia but these select three have proven to be the ones to watch.

Tomorrow's stage 6 see a return to the coast, a flatter profile and an opportunity for the sprinters.

Thanks again to Graham Watson for another winning image.