Greipel Muscles His Way to Victory 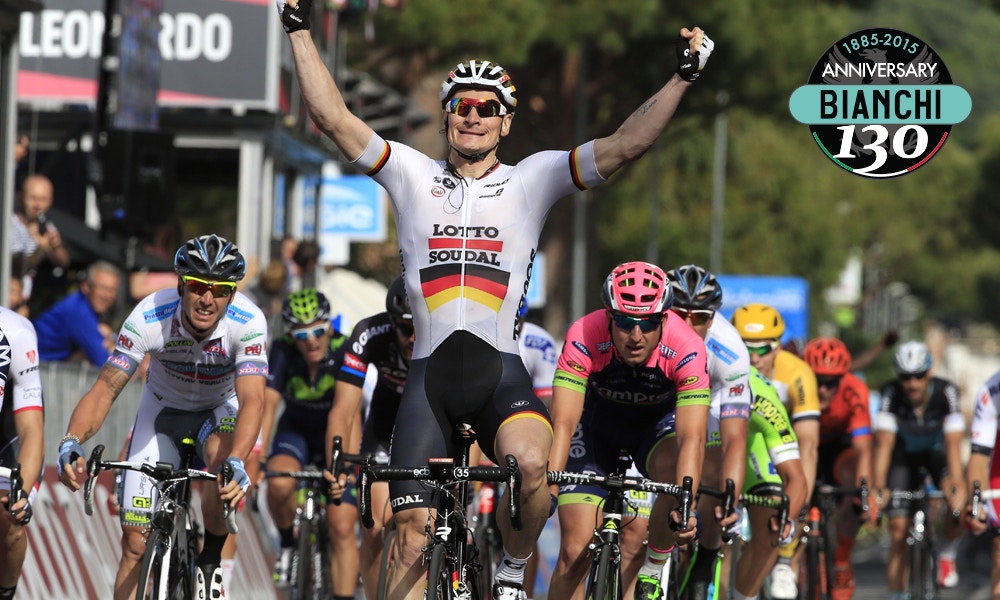 Stage 6 had all the ingredients for a fast finish and the fast men knew it.

Working smoothly together the break held up to a 5min advantage, and worked hard to hold their advantage. However the sprinters teams kept them under control and eventually brought them back into the fold.

The peloton would now finish the stage ‘gruppo compatto’ or all together.

Giant-Alpecin lead to the early charge to the line. Lotto Soudal and Lampre-Merida swooped passed them. Lotto Soudal lead the peloton in to the finishing shoot with Kiwi Greg Henderson delivering Gripel to within launching distance of the line.

With a relatively smooth stage profile little gain was offered for any General Classification contenders. However one can never be sure how a Grand tour stage will play out. In the closing stretch a suspected spectator caused crash that took out Daniele Colli (Nippo - Vini Fantini) and lead to Contador, the current pink jersey wearer, to go over his front wheel. Reports suggest that Contador has injured both his left hip and left shoulder. The damage caused prevented him from pulling on the Pink Jersey on the podium.

Only the coming stages will confirm just how much damage Contador has suffered.