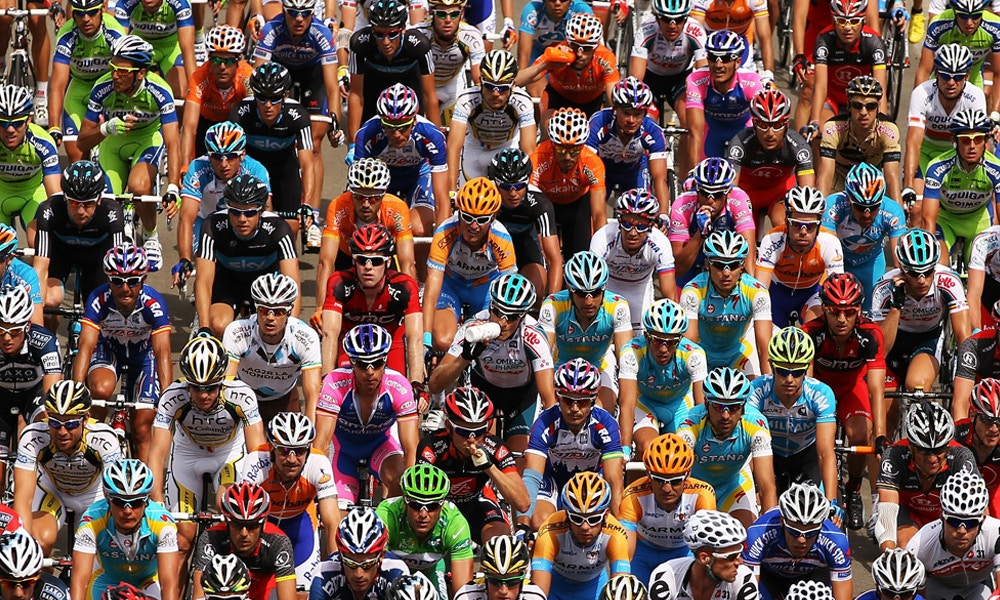 Italy and design go hand-in-hand, and this powerhouse team of the ‘90s is a case in point. T-Mobile, or prior to that Team Telekom, obviously identified a colour niche in the peloton. Their magenta kits were definitely eye catching, and as if anyone would be brave enough to poke fun at the likes of Ullrich and Zabel before a race. Granted much of this team did later confess to doping, but we think they made the right decision about their clothing gear.

3/ The colour of Celeste Some say the iconic Bianchi celeste green was the result of a designer’s infatuation with an empress and her eyes, others say it has far more practical roots (excess military paint was mixed with white to create a new bike colour). Whatever the reason, this is one of cycling’s most established and enduring brands, and their retro kits are completely, utterly cool.

4/ The Tour gets arty The 1980s saw La Vie Claire team look to "de stijl" for some kit inspiration. The result – a Benetton made ensemble that was all primary colour blocks and monochromatic grids. Poppy. It took off and was so well received that Look, one of the team’s sponsors, took inspiration from the kit when they redesigned their own logo. What goes around comes around! An all-white kit calls for a bit of a bravery award, doesn’t it? Especially if you’re in the world limelight, slogging away up a hill, sweat pouring out of every pore of your being. Or on a day of rain, when you’re getting pounded by water seemingly coming at your horizontally. Well, Argos-Shimano was not afraid. Not a kit per se, but definitely one of the most memorable pro outfits in the history of the Tour and therefore worthy of a special mention here, was Italian Mario Cipollini’s Caesar inspired outfit. During the 1999 Tour and to celebrate the birth of the Roman Empire ‘Super Mario’ and his team donned Roman inspired outfits and headed to the compulsory daily registration area. Prior to getting to registration however, they rode through the Tour town on a chariot, a stripper named Cleopatra at Mario’s side. He copped a few fines in his day – that was probably one of them.