Who's Riding For Omega - Pharma-Quickstep in the Tour de France 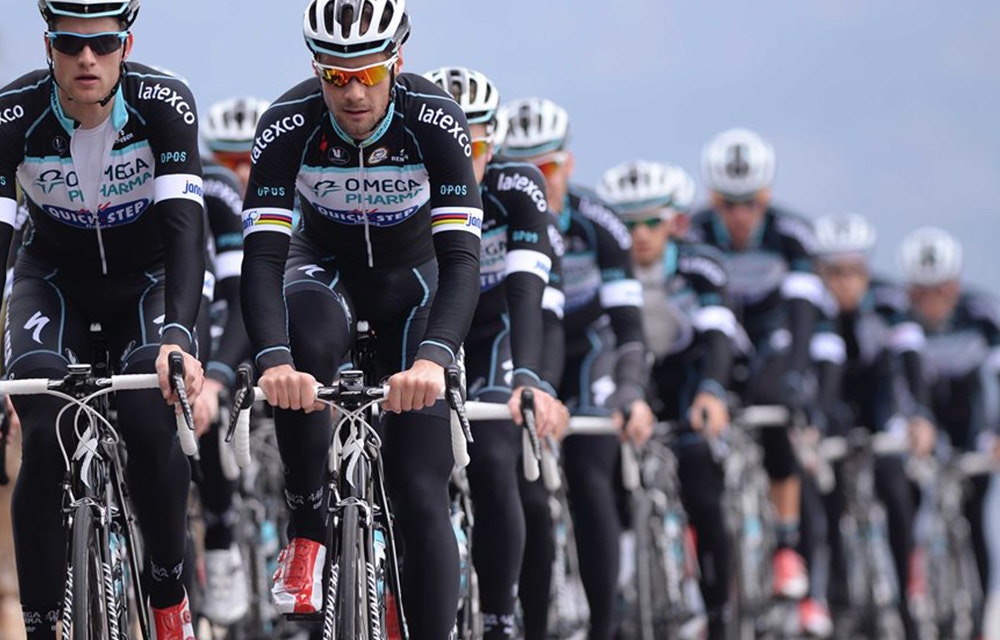 This is most certainly one of the teams to watch, and watch closely. Belgian UCI World Tour cycling team Omega-Pharma Quickstep, headed up by former Belgian pro cyclist Patrick Lefevere, these guys know how to dominant a race.

This year alone the team has taken out 40 wins (last year they hit 63) and is currently placed at the top of the World Ranking. The team placed first in last year’s Team Time Trial competition in Florence, Italy. Equally impressive highlights from last year include team member Mark Cavendish’s 5-stage win at the Giro d’Italia and four Tour de France successes.

Who's taking the team to the 2014 Tour de France

Mark Cavendish (United Kingdom) - Cavendish down and out due to stage 1 crash dislocating his collarbone.

Check out more information about the 2014 Tour de France

Who rides for Omega Pharma – Quickstep

Mark Cavendish - Cavendish down and out due to stage 1 crash dislocating his collarbone.

Not just the pros