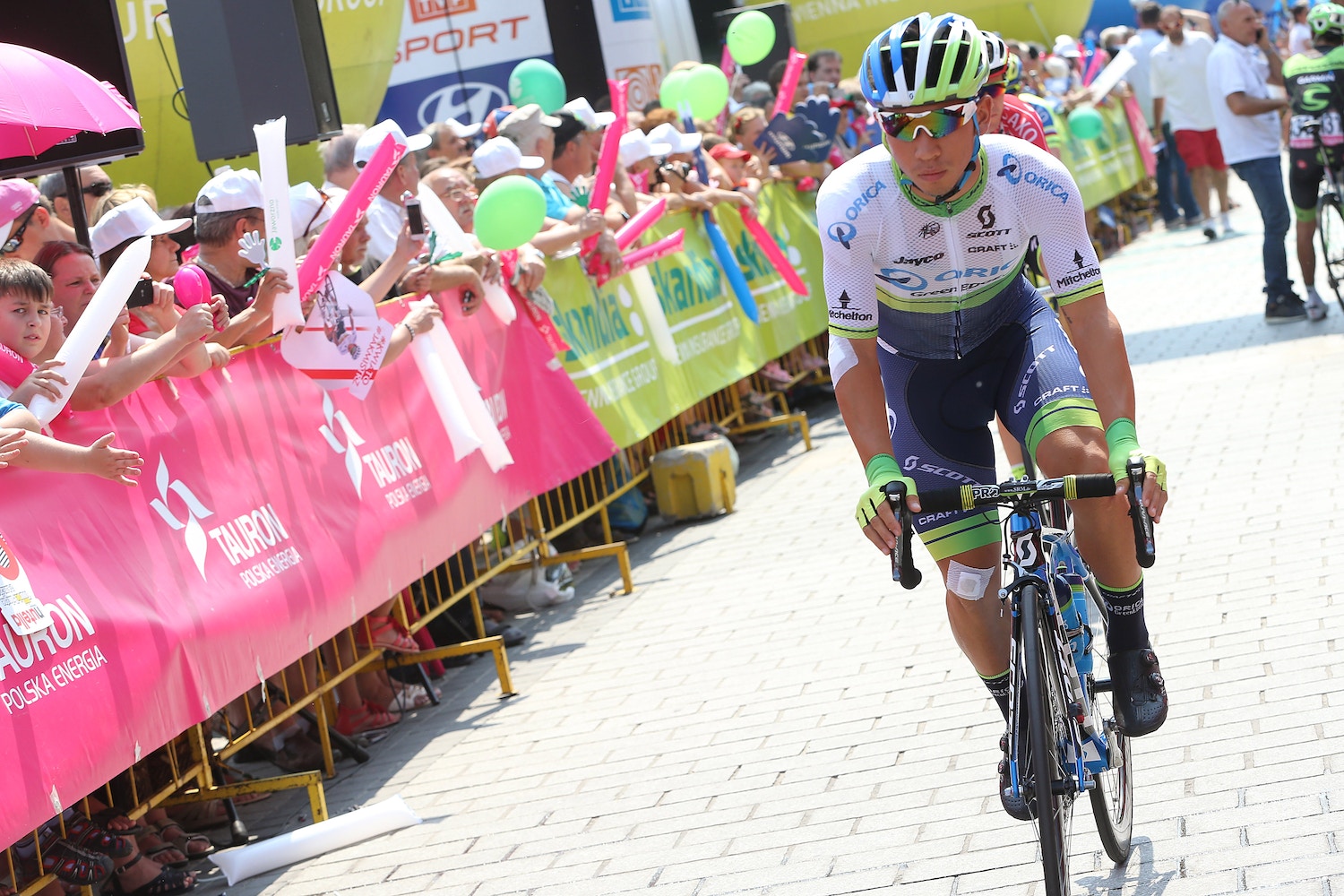 Orica-GreenEDGE have announced their nine man line up for the 2015 Vuelta a Espana.

After having their Tour de France campaigns cut short by injury, Simon Gerrans and Daryl Impey make a welcome return.

“Simon and Daryl, two very important members of the team in general and of course at the Tour of Spain, are coming off crashes at the Tour de France – both with broken bones,” Stephens said.

“Realistically, we can’t expect too much out of them in the first week as they get back into racing but over the three week block I am sure they are going to be able to pick out their moments to shine for the team.”

See also: What power to weight ratio do you need to ride in the pro peleton? We ask the OGE team for their thoughts

Three riders are making their first appearance at the Vuelta including the young 'jet', Caleb Ewan. The young Aussie sprinter will make his Grand Tour debut with hopes of taking out a stage victory.

“This is a natural progression for Caleb, going onto a Grand Tour,” Stephens said. “But as we do with all of our young guys, we will certainly support him and have high hopes, but any pressure will only come from himself.

“As a team we just want him to get out there for the experience. He will ride half of the race as a maximum, if not only a week to ten days.

“We have some great riders to guide him through – right from how he should handle the pressure before the race and the team presentation, to how to handle the media, the press conference and all the other little pressures that come with a Grand Tour.” See also: What is more important? Your genes or your training?

The expectations on the team are high after last year winning a stage and spending three days in the red leader's jersey.

“We are going to shoot pretty high,” sport director Neil Stephens said. “We are coming off a fantastic Clasica San Sebastian and hopefully that is the trend of what is to come for the next month of racing in Spain.”

Speaking of the red jersey, Colombian climber Esteban Chaves will have his eyes set on a high general classification finish

“We would like to get Esteban in the top ten on the general classification. When you look at the line up for the Tour of Spain there are some really good bike riders and to run top ten here would be something pretty huge."

See also: The psychology of suffering with the OGE boys

The 2015 edition of the Vuelta a Espana begins with a short 7.4km team time trial in Marbella and continues for another 20 stages including an individual time trial, six flat stages for sprinters, five mountain stages and eight stages described by organisers as ‘hilly’.