Pinarello at the Tour de France 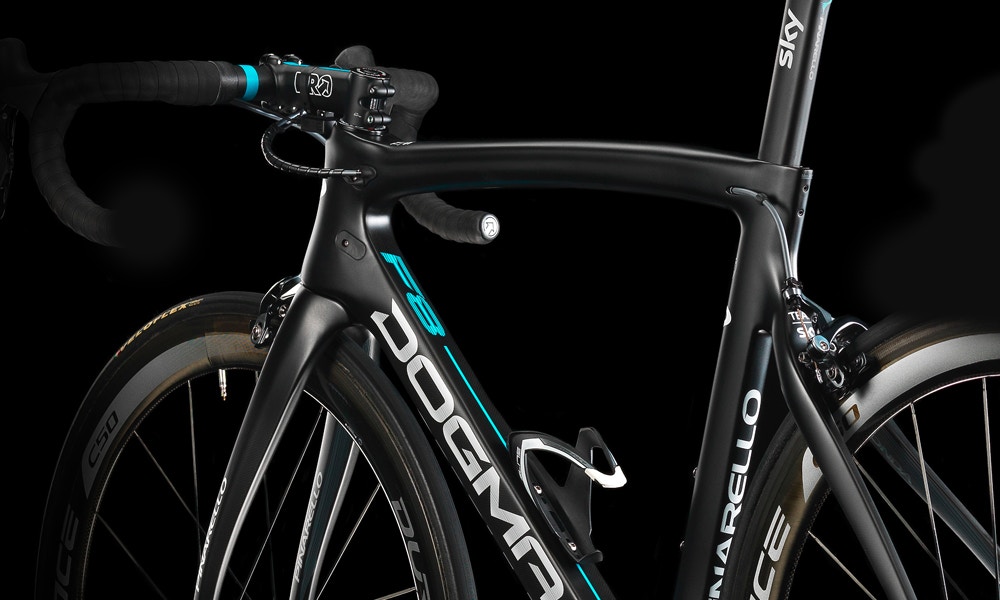 The Pinarello Dogma K-8 was unveiled during the 2015 Spring Classics campaign. It looks from a glance to be the same Dogma that Sky normally ride, with similar aero profile and shape. Yet one look at the seat stays an you will see why this is the bike of choice over the cobbles. A shock absorber has been installed that allows up to 1cm of travel, reducing the vibration felt by the rider. The cobbled sections of the 2014 caused huge splits in the peloton and contributed significantly to the overall GC outcome. Froome will gain confidence on board the K-8 knowing it was specifically built for this terrain. The cold has set in, make sure you are ready

Team Sky’s results on board the Pinarello Dogma in recent years tells you everything you need to know about the bike. It is a winner! Pinarello are onto their eighth edition of the Dogma, gradually making improvements over the years in search for ‘marginal gains’. They have worked closely with Jaguar and riders to develop the latest Dogma, improving the aero profile, whilst maintaining the features that make it a powerful and responsible bike. The latest version is said to be; 12% stiffer, 120grams lighter, 47% more aero. Big numbers when you consider how good the previous versions have been. Pinarello’s Il Bolide comes from the Greek word βολίς bolis meaning missile… how very appropriate. The Bolide has seen unparrelled success for Team Sky riders in the individual time trial. Froome, Wiggins, Porte and most recently Kiryienka at the Giro, have all won big races on board this machine. Airfoil tube sections, concave posterior on the seat tube, and complete integration of the brakes makes this one of the most aero bikes in the peloton. This could be the difference between Froome wining the Tour and losing it. The best stories from around the world are right here