A Cycling Adventure in Sardinia 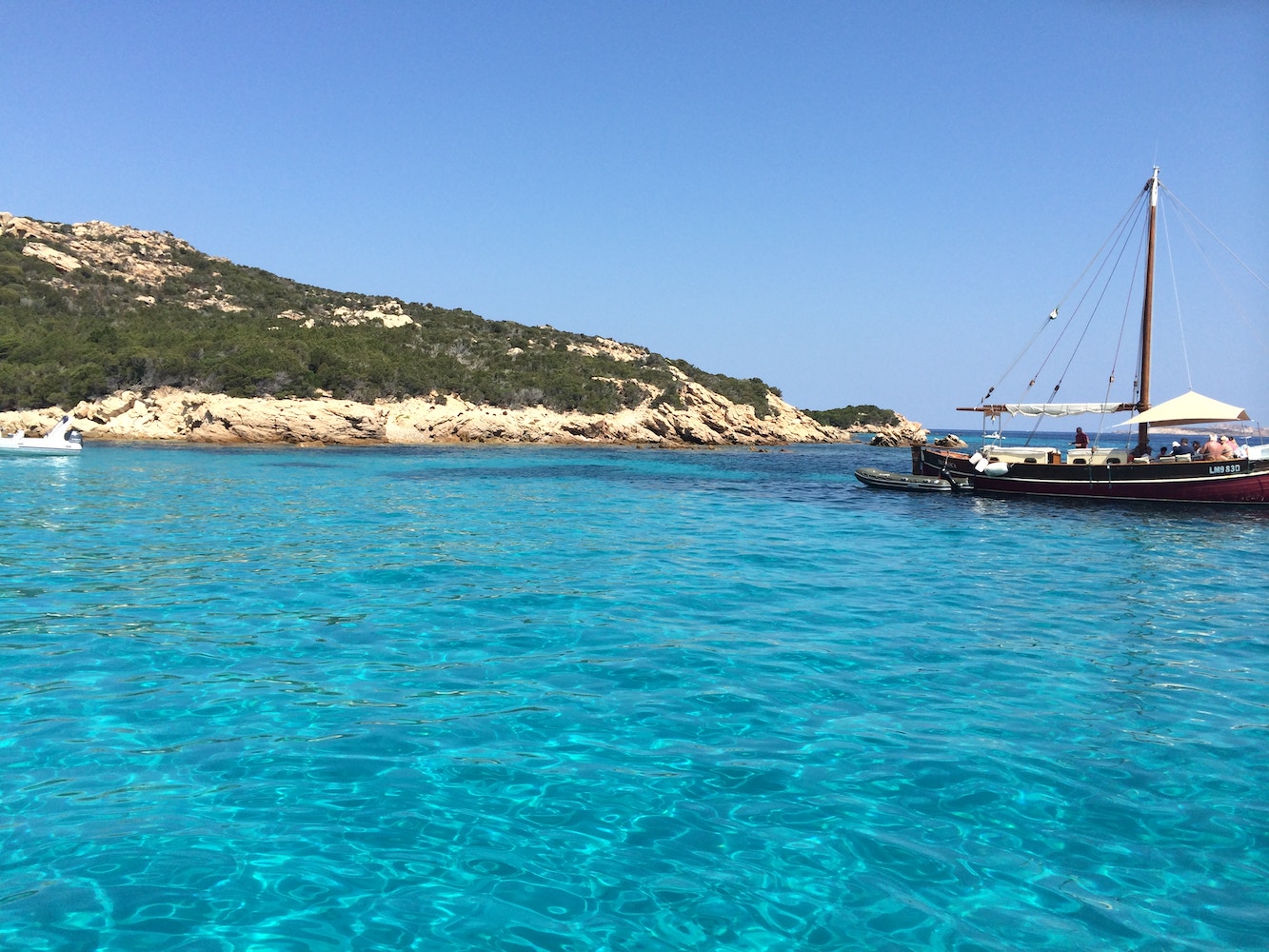 Look at Sardinia online and no doubt you will be inundated with shots like the one above - all stunning clear, turquoise waters.

It's like the ultimate beach destination, and certainly its a favourite get away for mainlanders who flock from Italy to this stunning island off the west coast.

But it's also definitely worth visiting by bike, which is what we did!

We’d planned a ten-day cycling adventure, basing ourselves just south of the iconic Smeralda coast, aquatic playground of the (very, very) rich. Unlike our epic eight-day journey through the European Alps last year, this time we were basing ourselves in the one location and rolling out and back each day. Also unlike our trip in the Alps, this time we had come largely unprepared and very unplanned; when in Rome…

Two from our group were using their own bikes, whilst the other two were hiring from a company closer to the island’s capital, Cagliari. Last year we’d spent months training, and arrived in the Alps almost the fittest we’d ever been. Wow what a difference a year makes –this time around our small bunch was dogged with either bad health from the southern hemisphere’s winter, inadequate training, or a combination of both. Worth mentioning so you can gage the type of riding we did!

So cutting to the chase – what’s it like to organise a riding adventure in Sardina?

Every local we chatted with explained that it had been a pretty sub-standard summer (in fact most of Europe has complained as such). Down in Sardinia, it took much longer than necessary for the heat to kick in. Going by annual averages, we’d deliberately planned our trip in early September. As it turned out, we arrived still smack bang in the heat. Still – I’d be recommending either late spring or the very start of September, as theoretically the heat shouldn’t be overwhelming and (importantly) a lot of the businesses are open for summer trading. That said there is a super refreshing breeze that comes off the water, making the temperature seem less than it really is. We tended to hug the coast line, or not too far from it, for most of our rides but when we did venture inland we definitely felt the Mercury rise. Some road surfaces here in Sardinia can be pretty eyebrow raising. This is an island that (in parts) looks and feels like it’s in a perpetual state of abandonment. Incomplete houses stand with ‘for sale’ signs, older buildings are crumbling, and there’s just an air of neglect in places. The roads are no exception. Venture along the Costa Smeralda, the touristic jewel in Sardinia’s crown, and it’s another matter. But by and large the majority of roads on which we travelled really could have done with some local council TLC. That said it's still a stunning island that you'll want to explore! All and all traffic is pretty good, especially if you come from road riding in Australia, where you’d be used to generous doses of hostility and aggression. Here you’ll get a slight honk of the horn which in most cases seems to be more of a ‘I’m about to pass you, so just be mindful of that’ message. Closer to the bigger towns and you can experience a bit of impatience but by and large, motorists are an accepting bunch. Don’t hold your breath for a cycling lane and expect narrow roads a lot of the time, which in actual fact makes the motorists’ patience even more impressive. We stuck largely to the east coast, the north coast, and parts of inland between the two. There is a great mix of flats and hilly terrain but there’s also no end of really great climbs. Just out of Siniscola, for example, is about a ten km ascent of around 6 per cent the whole time; easy enough to settle in and soak up the absolutely stunning beach vistas and surrounding rocky hills. Up in the north around the super luxe Porto Cervo, and you’ve got more interval sessions to deal with – sharp, quick climbs that will make your workout an honest one!

Don't worry - this is an example of a particularly bad road.

We mentioned the incredibly stunning coastal scenery… Add to that rocky outcrops, cactus bushes everywhere (and full of prickly pears when we visited), olive groves, cork tree plantations and you’ve got an island that keeps things really interesting! The disappointment is the lack of respect for the local environment. No matter where we went, rubbish is discarded on road sides like bins were never invented. It's a rain on the cycling parade, for sure, but if you know about this before you go then at least you're prepared! Far out – where to start? We had a few favourite restaurants that we just had to keep coming back to, as they were so damn good. A stone’s throw from the beach, specialising in local seafood and regional pasta dishes as well as the famous Sardinian grill… Wow, wow, wow. Coffee is under two Euros, everywhere seems to offer fresh orange juice; it’s a foody’s paradise. Let’s not get started on the wine! From supermarkets to specialty stores you will find great quality Sardinian wine for the sort of prices that would have you think you’re buying DIY rocket fuel back home. European countries love to excel in a regional spirit, and Sardinia is no exception – they do a mean Mirto that will send you off to a sound sleep! We were particularly unlucky with our bike hire company. They delivered two ‘premium’ bikes that we all felt were pretty sub-par. So if we can be of any help to you, learn from our mistakes and keep in mind to:

Got your attention? Ha – apparently this hasn’t happened for some time. That said as soon as the Italian in our bunch confirmed she was coming on tour, her mother warned her to avoid the central parts of the island, where visitors have been known to be kidnapped and held for ransom. That’s probably not covered in your standard travel insurance! Like I said, though, it's not like this happens all the time - but it does make for good cycling conversation!

What else is on the cards?

When you’re not riding, there’s plenty of options including snorkelling, diving, sailing, lounging on the sand, people watching in beach bars, eating like a king, running or walking through the rocky hills, checking out how the rich and famous holiday and more. You won’t be short of things to do during your down time.

All in all Sardinia is a great place to visit and ride around and I’d recommend it!