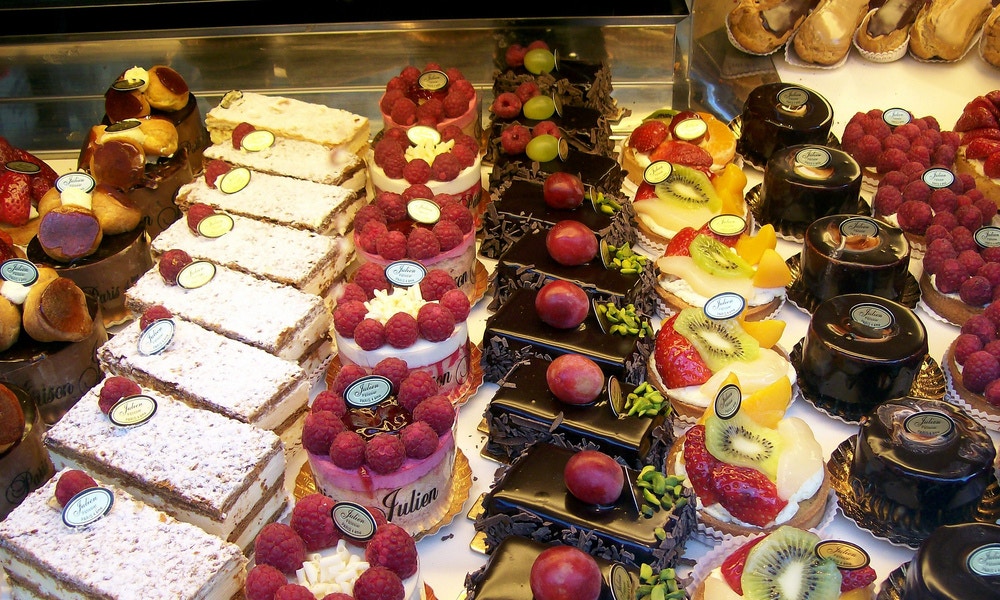 Feed these men carbos! Well whilst the Tour de France cyclists will be on a fairly regimented eating plan over the coming weeks, that doesn't mean we have to! On the contrary, this is the Tour de France - the culinary capital of the world. We check out this year's Tour, one tasty regional recipe at a time...

All you need to know about the Tour here

Call us Captain Obvious, but we have to give the limelight to Yorkshire Pudding here, surely? Sometimes known as Batter Pudding (although the first recipe found in 1737 appears to refer to it as Dripping Pudding – not really selling it for us), this is made from flour, milk and eggs and is a compulsory accompaniment to any traditional Yorkshire Sunday roast.

In 2007 a campaign was initiated to give the Yorkshire Pudding protected status, not unlike French Champagne. That’s taking your carbos seriously.

Fun facts from the Tour here

Crossing the Channel we swap our pubs for bistros and get a taste of the French flavours to come. Lille is known for its hearty and tasty food, a nod to its regional heritage and Flemish traditions. Leave your diets at the door – this is all about potjevleesch (white meat terrine), rabbit with prunes, waterzoï (chicken or fish served in a white sauce with new baby veggies). But the real show-stopper here is the moules-frites, or mussels and chips. Washed down with a local Lager from the region and perhaps finished later with one of the area’s cheeses (anyone for some ‘Vieux Lille’, more commonly known as the ‘Lille Stinker’ in reference to it being a lot on the nose?).

Otherwise known as the home of Champagne. But you can get that at Dan Murphy’s almost any day… Can you get the Reims Biscuit, though? Rectangular, pink and dusted with icing, this is a little snack to enjoy with a hot chocky or indeed that bottle of fine, fine fizz.

Nancy lies in the heart of a region called Lorraine. So what’s the obvious suspect? None other than quiche Lorraine, of course. The real deal quiche Lorraine actually finds its roots over the border in Germany – quiche is derived from the German word kuchen, meaning cake. A highly commendable nod here also goes to the macaron, taken to celebrity status in Australia thanks to Master Chef, but a fine, sweet staple in French cooking for decades.

It’s soup weather for sure. So take a leaf from the book belonging to the good people of Bescançon, and whip up a pumpkin and Comte (local cheese – its taste varies according to its age) soup.

9 Reasons to love the Tour

Confession time. In our household, this dish is called ‘Grown Ups’ Potatoes’. Over in France, it has a somewhat more melodic name – le gratin dauphinois. Potatoes sliced, stacked, covered in cream, topped with cheese and placed in an oven dish. Maybe our family should call it Heart Attack material – what a way to go, though.

We love a condiment. It can take a bit of toast or a fancy cracker from ho-hum to hero. Nîmes knows how to whip up a paste. Tapenade consists of mashed olives, mixed herbs, anchovies and olive oil. Anchoïade is another paste again, this time anchovies with garlic and olive oil. The locals often serve this one with raw veggies. Now that’s a way to eat your greens…

OK we’re very big fans of the fact there’s a rest day here. That gives spectactors and supporters ample time to down some cassoulet. White beans, mutton, sausage, garlic cloves and more, this has got to be the King of stews? It might not be ideal summer food, but back here this is pretty much the ultimate winter warmer.

And who doesn’t love mille feuille? Even better if served with some local truffle mousse. Decadence will never die.

Not everyone agrees with the practice of making foie gras, so instead of focusing on that dish we’ll go nutty. Walnuts everywhere in this area (it produces 60% of the country’s supply although it’s Grenoble that is known to be the country’s Capital of Walnuts), so cooking with walnuts and using walnut oil is de rigueur for locals. Baked trout with crème fraiche and walnut sauce, anyone?

It’s tough to zero in on any one plate, but we’re going with entrecôte. Steak served with red wine sauce, butter and opinions.

Enough! We’re off to whip up a culinary storm.

Visit here for all your Tour kicks!