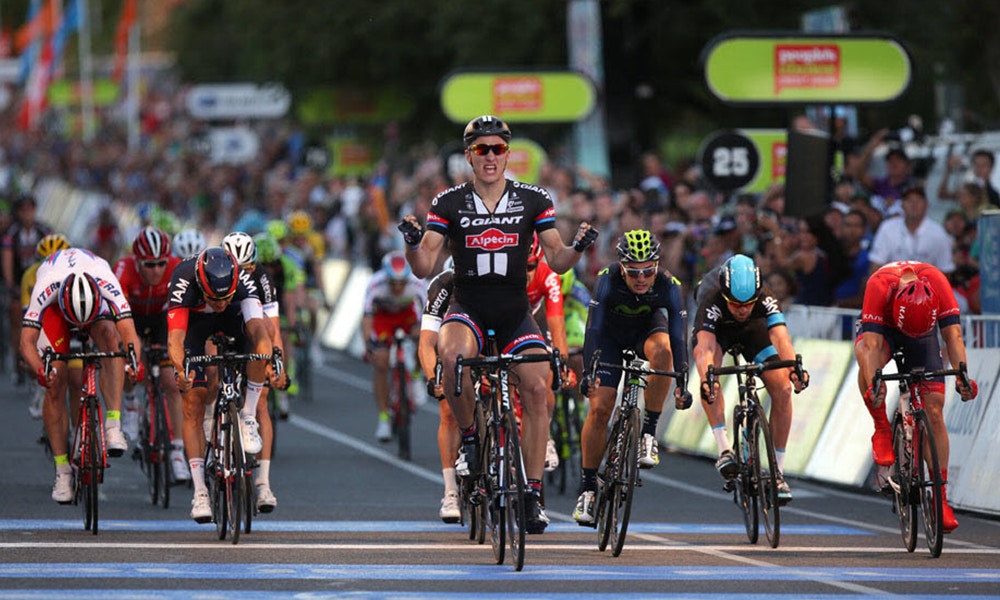 The unofficial start of the Santos Tour Down Under kicked off with the 51k criterium race around Rymill Park. Ideal conditions greeted the peloton, as the riders prepared to go full gas for just under an hour.

Pre race favourite Marcel Kittel was hoping to get his 2015 campaign off in the same fashion as 2014, but he had a strong contingent of competitors biting at his heels. The race took some time to establish itself with a very attentive peloton not letting any rider go up the road. It wasn't until Orica-GreenEDGE strong man Mathew Hayman was able to get away on lap 8, closely followed by Calvin Watson from Trek, Dario Cataldo from Astana and Peter Kennaugh from Team SKY.

The peloton seemed happy to see these four make the race, as they battled it out between themselves for the second, third and fourth PRIMEs. Hayman seemed intent on pocketing some prize money taking out the second and third PRIME, showcasing his good form and strong legs. In an attempt to break the big Aussies stranglehold on the winnings so far, Cataldo jumped his breakaway companions on the final PRIME, which, had it not been for Kennaugh's bunny hop at the line, would have proved successful.

With the minor sprints having been decided, the teams of the big sprinters began to organise and quickly reeled in the breakaway group. With 8 laps to go the peloton were one again, and aside from a few futile attempts to breakaway, stayed that way until the end.

As domestique after domestique laid themselves down for their man, the pace picked up dramatically, approaching 60kph for the final 3 laps. Try as they might, no team could control the now raging peloton, and approaching the final lap, it was really anyone's race. Everyone knew the place to be was on Kittel's wheel, and no one wanted it more then Greg Henderson... literally fighting his way through a string of would be contenders to shadow Kittel into the final sprint. As the sprint opened up it looked as though Kittel had spent too many bikkies, dropping back to third before putting the power down, and showing the adoring crowd who the main man was.

For the second year in a row Kittel starts his season with a victory.

We previewed this stage - check out the video here.