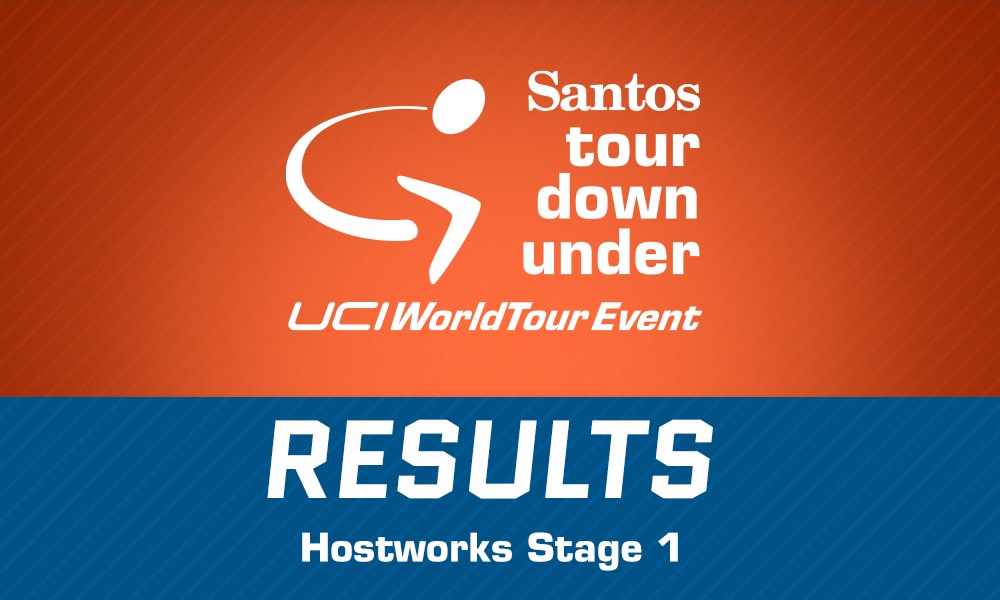 Check out our Bike Blog

The Santos Tour Down Under got underway today from the beautiful town of Tanunda, the riders greeted by warmish conditions approaching 30 degrees. Mild by previous years comparisons but no doubt an adjustment for the European riders coming out of their winter.

The race delivered us dramatic pictures of the blackened landscape as the peloton worked their way through the Barossa towns of Nuriootpa, Angaston, Bethany and Lyndoch and onto the finish at Campbelltown. A stark reminder of the harshness and fragility of nature. No doubt the riders would have had the thoughts of the locals at the forefront of their mind for today’s stage. The scene for today was set very early with a breakaway of four strong riders going up the road only 4km after the start. Luke Durbridge of Orica-GreenEDGE, Lieuwe Westra of Astana Pro Team, Maxim Belkov of Team Katusha and to no one’s surprise, rounded out by UniSA-Australia rider Jack Bobridge. The peloton were happy to see these four establish themselves out front, with Team Sky and Team Giant-Alpecin keeping a close watch, highlighting Richie Porte and Marcel Kittel’s interest in today’s stage.

The first official contest of the Santos Tour Down Under was taken out by local Jack Bobridge, winning the first iiNet intermediate sprint, followed by Lieuwe Westra, Maxim Belkov and Luke Durbridge in fourth who didn’t contest.

The peloton began to close slightly on the break coming into the second iiNet intermediate sprint, which in total contrast to the first sprint, was taken out by Luke Durbridge, followed by Maxim Belkov, Lieuwe Westra and Jack Bobridge.

Once the sprints were out of the way, the peloton sprang into action, quickly dropping the time gap with all teams understanding the importance of getting to the top of Checker Hill in a good position for the wild descent.

The poker game started as the peloton approached Checker Hill, allowing the break to get back out to over one minute. A category 2 climb, Checker Hill isn’t long but is savagely steep. The two Aussies in the breakaway clearly wanted the points, attacking late on the climb and going toe to toe. Jack Bobridge though, far too strong, taking out the Subaru King of the Mountain points. Out to 40seconds with 3k’s to go the breakaway had done their job and broken the hearts of the peloton. And so the games began!

Maxim Belkov tried twice to breakaway and decide the race, but was closed down immediately. That left the Russian on the front of the group leading into the final few hundred meters. The peloton came from the clouds and looked at one stage they may swallow up the leaders, but Jack Bobridge took off at the perfect moment, getting a small gap on his fellow escapees and powering all the way to the line for the stage victory and the leaders jersey. Lieuwe Westra crossing the line in second and Luke Durbridge rounding out the podium.

A great day for local boy Jack Bobridge taking the Hostworks stage victory and most importantly the Santos Tour Down Under Race Leaders jersey. We previewed the southaustralia.com Stage 2, find it here.