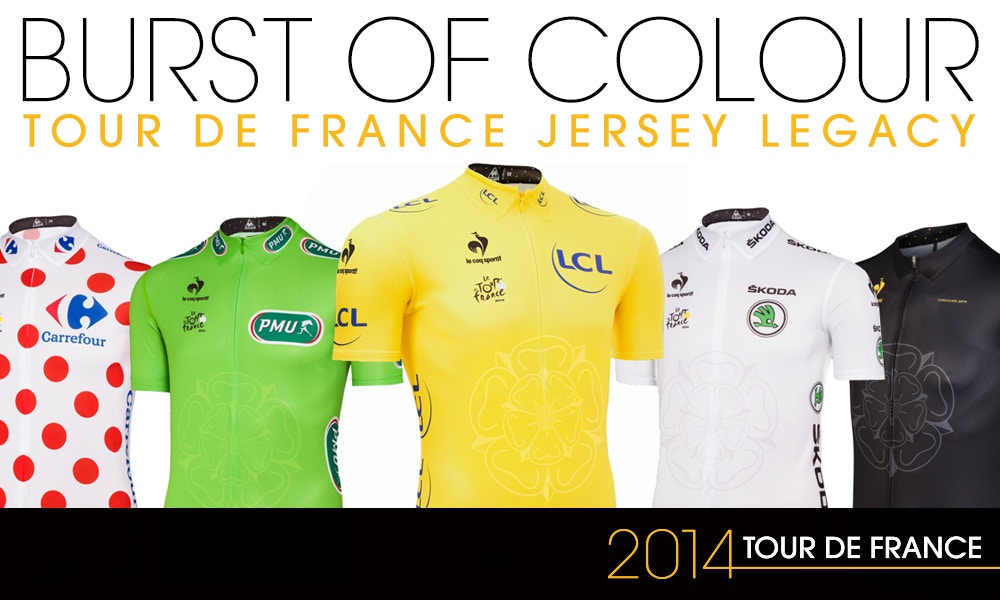 Every pro cyclist out there dreams of wearing one, or enabling his leader to wear it instead.

But what's the story behind the colour of each and every Tour de France jersey? We find out more...

The Maillot Jaune, or Yellow Jersey

When the Tour de France first began, technology to broadcast every minute of the race was unimaginable. Instead, spectators had to wait and see the race physically pass, which made it difficult to know just who was leading overall. Someone had the brilliant idea that a specific jersey might provide a solution – something only the overall leader could wear.

The widely accepted and official reason behind the colour of the yellow jersey is that it was the same colour as the paper on which main sponsor, L’Auto, was printed.

An alternative theory suggests otherwise – that it was in fact the case of bulk buying limitations! Race organisers suddenly needed multiple jerseys in different sizes, and the supplier could only offer the quantities in one colour – yellow. Hhmmm…. We’re not sure, but it could keep coffee conversations interesting trying to nut out which one is truly legitimate!

The yellow jersey is worn by the rider with the lowest cumulative time for the distance completed thus far; so the overall leader thus far. This is the most coveted of the Tour de France jerseys. Most of the Tour de France jerseys are of course block colours – so what’s with polka dots? It is believed polka dots were the inspiration behind then Tour de France sponsor, Poulain Chocolate. Their popular chocolate products were wrapped in polka dot wrapping, so what better to do than wrap a rider in it as well?

The polka dot jersey is worn by the best climber. Climbs are divided into categories one to four based on their level of difficulty (one being hardest). There is also ‘hors categorie’, or outside classification, which is considered to make category one look just that bit easier (i.e. it’s a nightmare!). The Maillot Vert, or Green Jersey

The green jersey came into life in 1953 in celebration of the Tour’s 50th anniversary. It rewards the most consistent finisher, so the rider who leads the classification points. The Maillot Blanc, or White Jersey

The white jersey is essentially like a yellow jersey, but for young riders only. It essentially recognises and celebrates new talent, and is awarded only to riders U25.