Will Team Sky Win Again at the 2014 Tour de France? 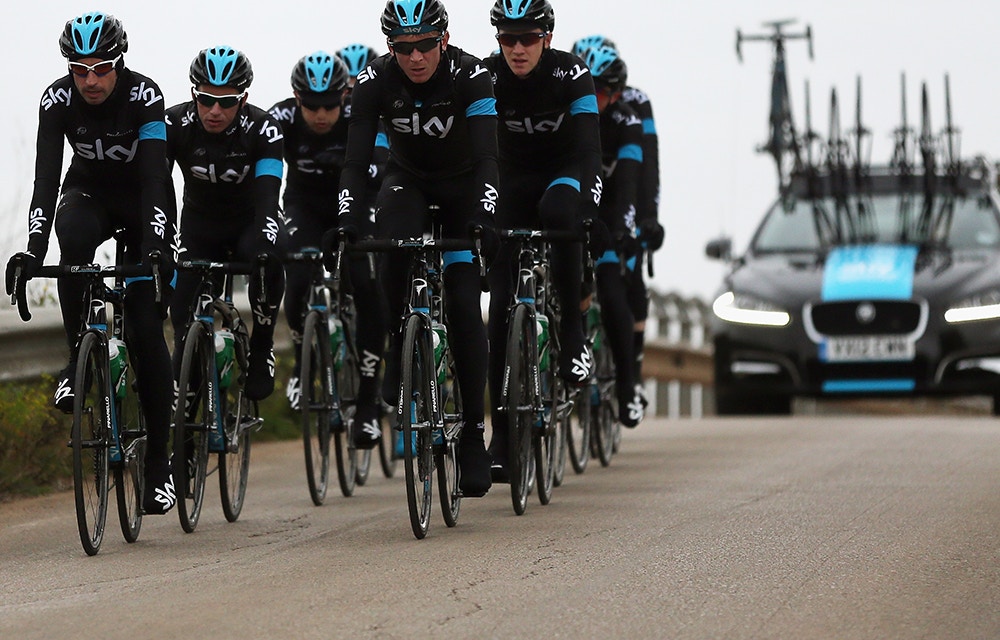 Who is Team Sky?

A professional cycling team from Britain competing on the UCI World Tour.

When was Team Sky formed?

The announcement was made in 2009 and the team debuted onto the World Tour in 2010.

What are Team Sky’s bragging rights?

Read Me! - Can Chris Froome Make It 2 Wins Who didn’t make the cut?

The big news before the 2014 Tour de France even got underway – Team Sky member Sir Bradley Wiggins, 2012 Tour de France winner and (very recently) 2014 British National Champion, didn’t make selection for this year’s team. He's without question one of the most notable missing from this year's line-up. There’s been plenty of controversy surrounding Wiggins and Froome, with media reports of the two having a fall out during the 2012 Tour de France. Wiggins’ absence from this year’s Tour no doubt leaves him with plenty of focus and training ahead of the 2014 Commonwealth Games in Glasgow.

Who else rides for Team Sky?

Who are Team Sky’s sponsors?

The naming rights sponsor is of course BSkyB, which met with British Cycling in 2008 with the aim of building a long-term partnership designed to improve cycling as a sport from entry-level right through to pro.

Significant motivation was of course to see Britain succeed at the London 2012 Olympics, and then to leverage from this to inspire literally millions of English to take to their bikes for health, well-being as well as enjoyment.

The team rides Pinarello, and has done since they debuted onto the World Tour.